Some of My Embarrassing #CFproblems 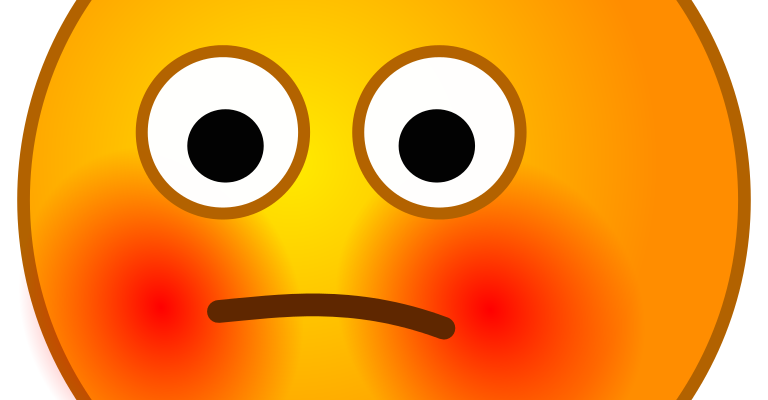 Everything has been so serious lately, so I want to write a blog post about some of the lighter things that we deal with in CF.

Here are some typical #CFproblems I deal with on a daily basis – most of them can be pretty embarrassing, so I hope you enjoy this one at my expense.

The ICBM of spit. After 26 years of coughing hard, I still impress myself with how far I can launch spit out of my mouth. Sometimes it’s like a North Korean rocket and no one has any idea where it’s going. 97% of the time I’m quick enough to get my hand in front of my mouth to block that shit like Dominik Hasek in the 2002 Stanley Cup Finals. Other times, a coughing fit comes out of nowhere and that green blob is flying across the room like a heat seeking missile. You try blocking 800 coughs in a day. Duck and Cover!

Similar to projectile mucus, but the mucus puke is different in its own way. It is a little uncomfortable, but a reality of our lives. Sometimes I find myself mid-treatments coughing so hard that I will gag and up comes the slimy, green mucus from God knows where. I venture to guess it’s coming from my stomach, but who knows. My dog goes into panic mode whenever it happens.

Lost in the Forest

This is exclusive to people with beards, like myself. Not all the time, but occasionally when I have a productive treatment session, you know when I cough a lot of stuff up, I could go several minutes before realizing I’ve left a little present for later in my beard. Poor little mucus buddy – lost in the forest that is my chin.

Taking the Browns to the Super Bowl

If pooping were an Olympic sport, I’d be a gold medalist on the same level as Michael Phelps. Maybe I’d get an endorsement from Charmin. I’m not sure if you know this, but when fat isn’t digested properly it’s got a brutal smell to it. Live look at the people who follow me into a public bathroom…. A Few Bumps in the Road

Hemorrhoids, a literal pain in the ass. Let’s put it this way… when you’ve got a few freight trains barreling down the tracks each day, it’s important to oil it all up. I prefer Tucks Medicated wipes or Preparation H.

A lot of kids under the age of 12 can burp the ABC’s, I can fart the ABC’s. I wouldn’t say it’s something I’m super proud of since it’s those greasy farts that are indicating a decline in my health. Someone pass the probiotics.

Imagine going in for a first kiss only to get about halfway there and realize you’re feeling horrible. Bacteria smell bad, and when an infection is brewing in your lungs, guess who the first person is to notice? The girl 2 inches from your face.

What’s in Your mouth?

When you take a shit ton of antibiotics, you start to grow fungus in weird places, like your mouth. It’s called thrush and it makes your mouth look like you just ate one of those giant jawbreakers that we all loved when we were 6 years old.

A Feeding Tube is NOT a One-Way Street

No one ever said to me that I need to be cognizant of my feeding tube flap opening up on its own. As it turns out this can, and does, happen. Imagine this scenario: junior year of college I spent weeks courting a girl that I really liked. Things started to go my way, and in the heat of the moment I realized a horrible smell was emanating from my body. I recognized my shirt was soaked and so was my friend. I also realized that my feeding tube flap was open. It took no more than half a second to see what happened. I threw up, through my stomach, onto a girl that I really liked. Devastating. To her credit, though, she took it like champ and thought it was funny.

I can confidently tell you that steroids do cause mood swings. If I had a dollar for each time I’ve almost thrown my Xbox out the window, I’d be living on a beach somewhere.

PICC Lines Are Not a Toy

I think I was in first grade on my first ever PICC line. We were doing homecare, so I was outside cruising around on my Razor scooter with my friends when, like any 6 or 7 year old, I fell. I scraped my arm when the PICC was, the bandage flew off and the PICC line slid out of my arm like a Goddamn worm. Play date over, begin trip to the ER.

So there you have it… some of my most embarrassing #CFproblems. If you’re laughing at me, it’s okay because I’m laughing with you.