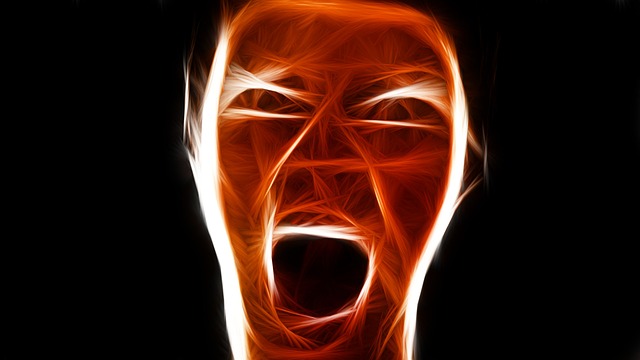 Over the course of the past few years I’ve noticed that I have been called angry, or confrontational, more and more frequently. Confrontational is a fun one, I think.

I suspect confrontation is the behavior I show as a result of being angry, an emotion.

In a way I think being angry is a powerful emotion, and when I’m called angry it might be kind of a compliment. On the other hand, I don’ think anyone wants to be labeled as the angry person – that’s beyond the point that these days we all seem to hate labels anyway.

I’ll own the confrontational side of this. I know I’m confrontational… I’ve always been that way, and I don’t think it’ll ever change. I’ve always thought it to be important to air different opinions, whether it has something to do CF or not. I feel that since I’m living with a chronic illness, I see things with a different perspective from the general population. There’s no reason to suggest that my perspective is right or wrong, rather I think it’s allowed me to feel real passion – it certainly triggers emotions, which in turn allows me to express such a strong behavior.

I see this as a way of channeling a behavior in a way that allows me to make a difference when it comes to certain aspects of life.

I look at anger in a similar way. How can I channel it in a constructive way?

I don’t necessarily believe I’m an angry person, but I do think the anger I seem to exude stems from a lot of frustration in my life.

I think the frustration gives me “perspective.”

Where does the frustration come from, though? I think for the most part it’s coming from being stuck in a constant circle. In a lot of ways my health is staying in the same spot.

Generally I feel pretty good for a few weeks at a time, then something will happen where I have a couple down weeks, and then I’ll bounce back up to where I started. That trend has been a constant since 2013.

The most frustrating part of this is that I find myself confined to the limits of my health on a very strict timeline. The trend has held true long enough that I can pretty much predict down to the day when I will start to feel shitty.

I cycle two inhaled antibiotics – we do that in CF to fight back against antibiotic resistance. People do cycles for different periods of time. The vast majority of people go for 28 days. So for example patient Z will be on antibiotic X for 28 days, then go to antibiotic Y for 28 days, and so on. As with any rule there are exceptions. We have several antibiotics to choose from, some FDA approved, others are prescribed off label because we know they work on the molecular level in other ways. Over time patients lose the ability to use different antibiotics because they lose their effectiveness due to resistance or we will develop reactions (for example, my lungs bleed if I use Cayston).

In my case one of the inhaled antibiotics that I use works significantly better than the other one I use, simply because the bacteria in my lungs have grown more and more resistant over the years. For that reason I’m experimenting with 14 day cycles instead of 28 day cycles. As one would expect the better of the two antibiotics makes me feel awesome (God knows what it’s doing to my teeth, though). The other just isn’t up to par.

Around day 10 of the cycle of antibiotic B (the one that doesn’t work quite as well), I start to feel sick (feverish, aches, mucus pukes, etc.), and I won’t start to feel better until I switch to antibiotic A (or use IV’s). It’s been that way for about 5 years.

For the better part of 5 years I have been stuck in this never-ending circle.

This is where the frustration sets in, and probably some of my anger.

Imagine being able to predict down to the day, hour and moment, when you’re going to begin feeling sick. For me it’s the morning of day 10.

Day 10 was this past Sunday.

It has been happening to be me every other month for 5 years, and I am unable to escape my “day-10.”

That’s why I am sick to my stomach when I see the Cystic Fibrosis Foundation fail to spend a significant portion of its near 4 billion dollars on anything to help with this issue.

That’s why I am frustrated beyond belief when I see people smoking cigarettes on the sidewalks of New York City.

That’s why I feel like I want to explode when I see something I inherently do not agree with.

That’s why I am angry when even the littlest bit of something doesn’t go according to plan.

But…. I don’t let any of this impede the way I live my life. I adapt.

Although I may be confined to the limits of my health (and very literally, the limits of the home I grew up in) when I suffer through the period of time from day-10 of antibiotic B to the beginning of antibiotic A’s cycle, I choose to channel this emotion, passion and behavior in such a way that allows me to excel at things I normally wouldn’t look at.

I have learned through the way my health has trended for the past 5 years that until I can catch a break, I cannot sit on my ass and do nothing with my mind.

I know that my mind is powerful enough to harness my anger in a way that allows me to find success in anything I choose.

Use the emotion that is inside you. Use it to push yourself in a way that will make you proud.


Another Case for Weaponizing Our Immune Systems