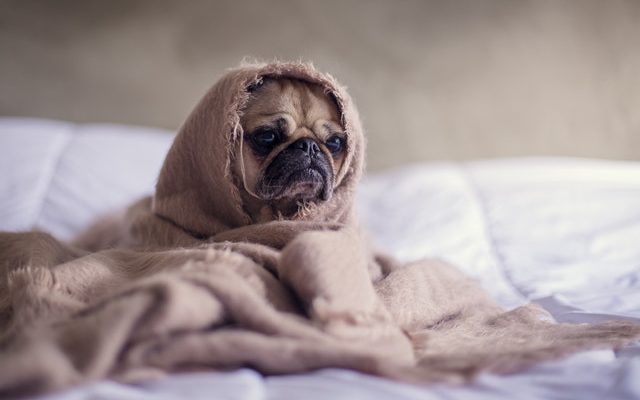 As it turns out I am not invincible. I caught the old strep throat or some sort of virus.

I guess it also turns out that I might be 11 years old. Who the hell gets strep throat after 6th grade?

When things like this happen, I immediately go into crisis mode. For some reason, if I ever come down with a cold or something unrelated to my CF, I feel like I’m walking a tightrope between life and death. Yet… if I cough up some blood, or find myself gasping for any ounce of air to get from my bed to the bathroom in the morning, I’m like, “eh whatever, rub some dirt in it.”

It’s amazing how that happens.

The ironic thing is that I when I went to the doctor yesterday my lung function was LOWER than when we started this running journey.

“Disappointment” would be an understatement. I can’t say I’m surprised, though, and as my doctor basically said – well yeah it’s because you’re sick.

I think this will be a good test for my lungs, though. Generally when I get a cold it’ll migrate to my lungs are piss off my CF to the point where I need IV’s to kick the ensuing exacerbation. I’m confident that my recent uptick in activity (running), plus a little Levaquin will do the job.

Here’s a diagram drawn over my throat/tongue to show you what the Levaquin is doing inside my body: The figurative war zone that is my throat.

As for the running, I made the really poor decision of trying to push myself through workout number 11 this past Friday when I first started showing symptoms. I got through the run, which was over 2 miles, but felt like the Grimm Reaper was coming for me upon crossing the finish line.

Admittedly I have a really bad habit of pushing myself way too hard, and this was one of those instances. I was feverish the rest of the night.

The problem is that I’m fearful of losing my conditioning, so to fight that I went for a walk around the neighborhood for about a half hour on Sunday. That too proved to be a poor decision. Feverish again.

I’m going to give the Levaquin a few days, then get back out there, or in the case that it is a virus, just wait for the symptoms to pass.

So I’ll guess we will see what happens, but I’ll get back out there and resume where I left off, or back track for a workout or two before moving forward.

In the meantime DON’T GIVE UP ON YOUR PROGRESS, because I sure as hell wont.

For those of you asking which app I am using, this is what it looks like in the app store: Looks like I have a few apps I need to update


Some of My Embarrassing #CFproblems