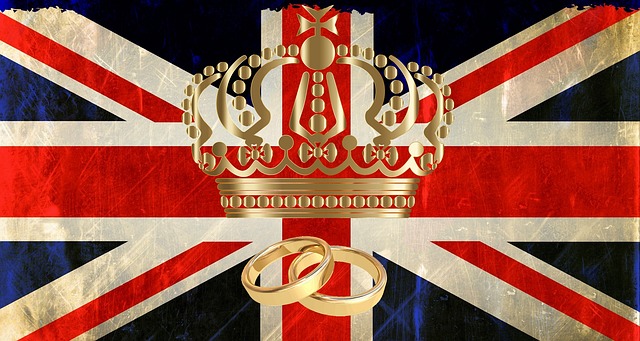 Summer is right here…. We’re on the doorstep! But first… some thoughts.

…and may have created quite the uproar (on Twitter too).

Friendly reminder that the UK will pay for a #RoyalWedding but won’t fund life changing cystic fibrosis medication 🤔🤔🤔🤔🤔 pic.twitter.com/UG4k6ZIJ2Z

It’s a bit sensationalized, yes. I’ll agree with that, but sometimes you have to dig a little to make a point. Yes, I know the Royal Family isn’t funding the health system over in the UK, and yes I know they are very philanthropic, but let’s call it was it is. It’s “public” money. I don’t think the Queen is overseeing a textile factory in the back of Buckingham Palace that’s pumping out little plastic crowns for the entire world to use. Their coffers come from…. well… somewhere, and it may or may not rhyme with the word, “faxes.” Such a grandiose showing of an outdated tradition is hard for my American brain to fathom. After all, we kicked their asses back in 1776 and haven’t looked back. I bow to no king or queen. Fast forward 200+ years and we’re still talking about princes and princesses for some reason. That shit is about as meaningless as my college astronomy grades. I have a problem with the scene and the message. To clarify, I have no problem with people having big, giant weddings. People should enjoy their special days, all the power to them! But when we’re talking about a State event, an event with a seemingly bottomless budget, running parallel to that same State’s refusal to live up to the elected responsibility in providing medications to its constituents… I have a problem with it. A nation’s cultural identity is incredibly important. I’ll be the first to say that. But I think of it’s of equal importance for the nation’s elected government to live up to the electorate. The bottom line is that Orkambi is NOT available for our English friends through government reimbursement and it will not be until the NHS yields. The reason being is that if the NHS succeeds in devaluing the medication, it puts the rest of the worldwide CF population in jeopardy of losing coverage. Why would our insurers (or other nations’ reimbursement agencies) want to continue to cover a medication that has been devalued for a (large) patient population elsewhere in the world? I can’t dispute how amazing the NHS has been for a number of patients in the UK, but it needs to continue to fulfill its mission. Right now it is letting down many, many English CF patients and families. It’s time for the NHS to fund Orkambi.

Okay, we’ve got a Right-to-Try Vote coming up this week, and the FDA Director Scott Gottlieb said that while he does support the bill heading to the House, “the Food and Drug Administration will have to work harder to protect patients than it would if a different version of the legislation were advancing.” Different Right-to-Try bills have been making it to votes lately, and this particular one from Sen. Ron Johnson (R-Wisconsin) “didn’t include as much of the FDA’s input and could open the pathway to more patients.”

Right-to-Try is getting a lot of play lately because President Trump mentioned it in the State of the Union and Vice President Pence has long been a supporter. It seems to be a priority on their political agenda. I think it’s great that we’re talking about it, but as I’ve said before, I don’t think this is something we need to suddenly jump into. I want the administration to consider both sides of this issue. We cannot legislate science. The FDA exists for a reason – it’s there to protect Americans. I’m not sure circumventing the system is in everyone’s best interest, especially when clinical trial participation is as important as it is in our rare disease. That being said, when it comes to people who are beyond conventional care, the sickest of the sick, something needs to be done. I’m not sure anyone has the right to withhold medication (experimental or conventional) from people who are in end-stage illness. Right-to-Try benefits the person with cystic fibrosis who has been denied possible transplant, when nothing else works, and needs something. Like I’ve long said, people with CF must have all options available at all times (hello, NHS, are you listening? #OrkambiNow). It’s not like we’re smokers who have chosen this path. We’re innocent victims in the eyes of the global health system. Give us opportunity….in a safe way.

Every year around this time I like to give a few tips to my readers about summertime. Hydration, hydration, hydration. It’s long been thought that people with cystic fibrosis don’t realize that we’re dehydrated until it’s too late – something that I actually just learned and it blew my mind. It’s just one of those biological effects of having CF (a super weird one at that). I used to have a much easier time fighting dehydration when I was younger, which I think was the result of better drinking habits. I ALWAYS had Gatorade and/or water available by virtue of my parents constantly pushing it on me. More recently I’ve only reached for drinks when I find myself thirsty. Now I’m learning that’s not the best way to attack the issue. This summer I’ll have something within reach at all times. Hydrating early and often will be my goal and it should be yours too! Keep your kids hydrated so they can enjoy the summer with the rest of their friends!