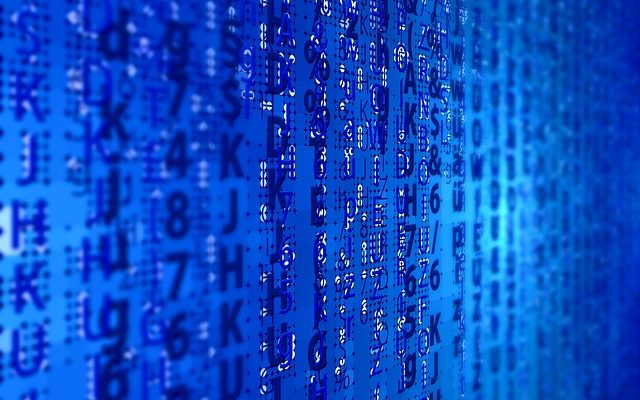 The Patient Registry might be the most important innovation from CFF in its history. It’s one of the main reasons that we are seeing the kind of success that we all enjoy today. From CFF:

Since the 1960s, the CF Patient Registry has collected information about people with CF who receive care at CF Foundation-accredited care centers and agree to participate in the Patient Registry. Over time, the Registry has collected a wide range of information about people with CF to show trends, including lung function, the types of microorganisms they have and the medications they have been prescribed. Some of the uses of the Registry are to study CF treatments and outcomes and to design CF clinical trials. Thanks to the Registry, we are able to watch what happens in CF care and apply that knowledge to continuously improve the quality of that care.

The registry is pretty much all encompassing. Just about all aspects of our patient data goes directly into the registry, and is then analyzed and compiled in a neat little report that we can all access on CFF.org – click HERE to see the latest one.

Hell… I’ve cited the report a number of times in my blog posts.

My problem with the registry as it currently stands is that it is NOT an open source.

The information that we see in the compiled report is NOT representative of ALL the data contained in the registry.

CFF’s yearly report only includes what they choose to report off the registry.

How does that benefit the patient population at large? Why is raw registry data veiled in secrecy? Why is the average patient unable to see all of the data surrounding his disease?

What trends, research questions or patterns are missed because of this? Isn’t it in everyone’s best interest to have as many eyes looking over this thing as possible – especially patients?

As I’ve said time and again, patients living with chronic illness are experts in their condition by virtue of living with it. You can say all you want about the doctors, researchers, families, advocates and everyone else involved in our lives, but the PATIENTS are the ones who experience and understand the nuisances of the illness more than anyone else could ever hope to. To that end, I don’t want to hear any BS about the average patient not being able to read and understand scientific data reporting. The last time I took a life sciences class was in high school, and I have no problem reading and interpreting published studies or datasets.

We’ve seen cystic fibrosis patients use real world experience and turn them into concrete, viable treatments – just look at Hypertonic Saline, the Frequencer and most recently the Monarch Vest.

Even further, in some cases throughout the report it’s difficult to get true values and/or whole numbers.

Take, for instance, this example. A viral awareness post has been circulating on Facebook, which says that only 5% of the CF population is above the age of 40. Here’s a reproduction of the original post:

This is false, and, in fact, it’s something that Cystic Fibrosis Foundation had to come out and discredit on Twitter: CFF cites the registry, but if you go to the registry to find the exact answer, it’s a bit unclear because the graph one would use to answer the above question lacks whole numbers.

So what do you think? Patients over the age of 40 using Cumulative percentage… 10-17% of the patient population? Hard to say, but it surely looks to be higher than 5% as the Facebook post claims.

I’ll admit this is a nitpicking example, but it is the result of the lack of clarity in the CFF annual report. Were the registry to be an open source, such a mistake could have been avoided – we’d be able to go in and look at the data and breakdown patient ages in CF.

Now I’m sure I’ll get a few critics here. One argument would potentially be that it is in CFF’s financial interest to protect access to the registry. I don’t think that’s true. Generally speaking no novel treatment stemming from the registry data is going to get into the clinic without support from Therapeutics Development Network. TDN is like the gatekeeper in the CF clinical trial world. Not only is it the vehicle for venture philanthropy, it can be an indicator to Wall Street (where our experimental drugs see their real funding) that something looks promising. I’d even argue that open sourcing the registry and creating even more studies from the massed data could lead to more ideas knocking on TDN’s door.

“But Gunnar, patients do have a say in what comes off the registry, just check out the CFF Insight CF Registry Research Project!”

Cystic Fibrosis Foundation does have a mechanism that allows patients to submit questions for further study from the registry. As explained by CFF:

The Insight CF Registry Research Project is the Cystic Fibrosis Foundation’s first community-driven research initiative. We are asking the CF community to partner with the Foundation to include their voice in helping to set our research agenda.

While that sounds nice, the process is a bit convoluted. Basically people submit questions, then a “collaborative team of community members” (whatever that means) narrows the list down and then opens the remaining topics to a community wide vote to direct research. So, in theory, while one specific topic may be incredibly important to a handful of patients – let’s say, why do some people with CF cough up blood more frequently than others?  – it may not be for other patients. You’re unlikely to vote for that topic if it doesn’t happen to you, but that sure is a hell of an important topic to our friends who are chronic bleeders. Now the registry may not answer “why” that happens, but I suspect patterns, and regional, infection or demographic trends could be discovered using registry data.

Why, potentially, would that be something that’s overlooked by virtue of a vote?

Further, we’re not actually getting access to the registry data, we’re asking CFF to look at it through their lens.

Beyond that, it’s also come to my attention from a patient source that people can request access to the data contained in the registry by filling out a super secret form provided by the nice people at The Dartmouth Institute, the group who houses the CF Patient Registry. The Dartmouth Institute’s homepage says (in big letters), “WE ARE WORKING TO MAKE HEALTH AND HEALTH CARE BETTER FOR EVERYONE” …so I bet they won’t mind if you drop them a a line asking for CF Patient Registry access.

“Come on, Gunnar. How can an open source registry maintain patient privacy and what does it really give to us?”

Patient and medical privacy will forever be a priority of mine, so I think this could be a valid argument against an open source registry, but I don’t think we are putting patient privacy in jeopardy. After all it will remain blinded. To that end other medical journals and studies are already heading towards (or are already practicing) open sourcing. For example, The Bill and Melinda Gates Foundation has an “Open Access Policy,” which says:

The Bill & Melinda Gates Foundation is committed to information sharing and transparency. We believe that published research resulting from our funding should be promptly and broadly disseminated. We have adopted an Open Access policy that enables the unrestricted access and reuse of all peer-reviewed published research funded, in whole or in part, by the foundation, including any underlying data sets.

I’d like Cystic Fibrosis Foundation to follow this model. The underlying data set, the Patient Registry, is important to open patient interpretation. As the Gates Foundation justifies their policy:

Providing access to underlying data is key in fulfilling the foundation’s mission of rapid and free exchange of scientific ideas to move humanity forward by improving and saving lives. Without barriers the scientific community can freely benefit from data and build upon each other’s work.

Ultimately access to open interpretation, building upon someone else’s work and barrier-free data could be invaluable to the cystic fibrosis community. In many cases, studies are generally protected behind pricey journal subscriptions.

Include patients in innovation. We’re the ones who see and feel the endpoint. Maybe our innate ability to understand CF could produce countless answers as we move into the future of personalized medicine.

Right to Try to be Signed Into Federal Law