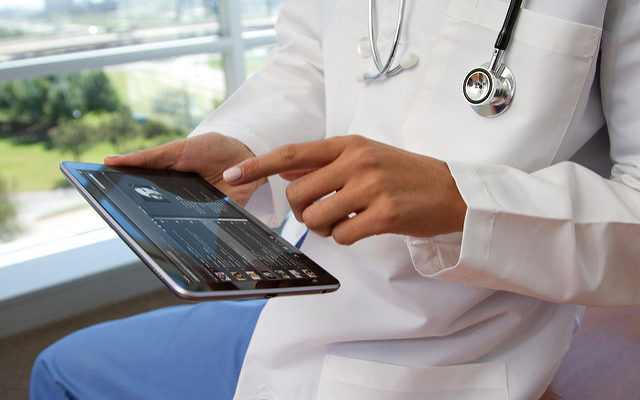 A few of my thoughts to help you get this week rolling!

I posted about a link about telemedicine last week on my Facebook page and it created quite the conversation in the comments:

We’re stepping into the future with this… it’s starting to happen, and some CF clinics are actually rolling it out. I think our community needs to figure out ways to embrace it, rather than shoot holes into the changing tide. I see telemedicine as a legitimate way to bring down barriers to treatment compliance and adherence – especially for those people who need to travel hours and hours to CF clinic. It’s also a way to lessen the cross-infection risk that patients experience in waiting rooms and hospitals. Now I’m not saying this needs to replace the clinic visits all together, especially when someone is sick or starting to decline significantly. I see this as a quality of life thing for patients and families in extreme situations. By virtue of the ACA decimating old school community hospitals and creating the rise of giant hospital systems, we actually have the locations and resources in place for this to work out. Luckily for us, Cystic Fibrosis Foundation has regional chapters, which, I think, can play a role in turning this into a reality. This seems like a no brainer way to significantly improve quality of life for people with CF – especially people in Western states or rural areas whose trip encompasses more than a quick subway ride up the West Side of Manhattan to Columbia University Medical Center.

Stop Comparing CF to Other Illnesses

I’ve seen this image floating around the Internet over the past couple weeks…. …and I’m not sure I’ve seen anything more stupid in my entire life.

I don’t know whom to give credit to… it’s one of those things that gets over shared on Facebook, Twitter, etc.

Self-righteousness at its finest (again)! Here’s the thing… yes we may have CF, but that doesn’t mean we’re entitled to be presumptuous assholes. Dealing with a chronic illness doesn’t make us anymore valuable than any other person in the global population. In what world would I ever think it’s okay to belittle another illness, like Asthma? For one, I’m incredibly fortunate that I don’t have to suffer from Asthma attacks… they seem terrifying. Beyond that, though, how can we expect the general public to know what CF entails? It’s a rare disease. Keyword, rare. A lot of people feel uncomfortable discussing human vulnerability, or better put, human mortality. We are a very vivid remind for other people that they are not invincible, and some people can’t handle that…yet. I think we can all agree that getting sick really, really sucks, so when it happens to someone who isn’t used to it, they suddenly feel a lot closer to us. Why should we belittle them for testing out coping methods that have taken us years to master?

It’s CF Awareness Month, so I guess I have to mention that here. I blogged about it a bit last week, but let’s chat about why awareness is important for us. Our illness will never secure the public profile that other, more common, illnesses have, and that’s okay! No one illness is more important than another… Conquering human health is a shared worldwide goal. We find ourselves inside the larger rare disease community, and wouldn’t you know it, that’s generally how public funding looks at us too! Ultimately what it comes down to is that people learn about cystic fibrosis for one day in high school, through the lens of genetics. I’m willing to bet that anyone with CF would probably say that it’s impossible for any of us living with CF to really give someone a clear picture of what CF is in one 45-minute biology class. There’s no better way to educate and advocate than sharing your own story. Taking pills and doing treatments are a very vivid way to share your story and what it’s like to go through a day with CF. The scope of our illness isn’t easilyunderstood, unless your living with it, or around it. The day-to-day inconsistencies combined with the mundane routine of critical care (super ironic, right?) are what underscore our lives as patients. Our lives change, evolve and transform like anyone else, but no matter where we are in life (physically or figuratively), we’re still tied to our Vest, nebs and pills. The extent of our illness is best understood over the course of weeks, months and years, and that’s why it’s so very important to educate the public and our patient community about how to proactive deal with CF.

That’s what I’m thinking about today!

Photo by NEC Corporation of America


Breathe In Ep. #31 – Right to Try and Compassionate Use Medications