What Do You Want For Christmas? 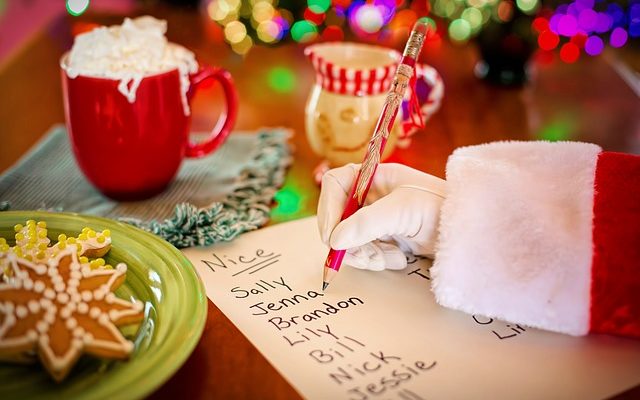 It’s such a simple question, “What do you want for Christmas?”

My mom asks me every year.

When I was younger I’d ask “Santa” for the classic gifts any young boy would want, toy soldiers, video games, model trains or a new hockey stick. As I got older, the trains lost their flair, video games became more and more repetitive, and the toy soldiers turned into a drone that I crashed after 5 days, yet my mom would ask what I wanted me as each November turned to December.

Christmas has always been an exciting day. It’s meaning to me has certainly evolved. When we were younger it was all about tracking Santa on the NORAD “radar” system, the big guy sliding through the chimney, eating our cookies and then sneaking off into the night. Now it’s more about spending time with family and friends, although my mom and sister still play the role of Santa and the elves while my dad and I find a good college football game to watch.

We’ve never really subscribed to the religious side of the holiday, or at least I’ve never bought into it despite having gone to Quaker high school and a Jesuit college.

In my mind Christmas is more of a day that’s filled with hope and dreams, and I think that’s why my mom still asks me what I want for Christmas.

It’s like clockwork each year. A couple days after the mayhem of Thanksgiving, my mom asks, “What do you want for Christmas, Gun?” because I think she still loves playing the role of Santa.

These days I don’t really say much in response. I kind of just chuckle and shake my head.

I don’t really need anything, so I generally leave my Christmas list blank nowadays (until my mom pleads with me to send her a list of a few books I’d like to read or something like that).

I guess, really, the closest thing I get to a list is the gift guide I do every year here on my blog. Usually that consists of things I already have and would love for other people to get!

I love the surprise of Christmas, so I think that’s probably a small reason why I never hint gift ideas towards my mom, but the real reason I don’t say anything is because I don’t have to tell my parents what I want.

I’d really just love to ask Santa to take away my CF.

My parents know that’s what I’m really asking for when I laugh off my mom’s question, but as much as they would still like to pretend to be Santa, they know they can’t give me what I really want.

To that end, my parents, and the rest of my family, ask Santa for the same thing.

A cure or a miracle treatment is something that I guess I’ve asked for every year without actually saying it.

I’d love Santa to slide down the chimney and deliver some magical pill just to make my life a little easier, but that’s not how this works.

The one thing I’d like to ask for, is something I can’t….. and I’m okay with that! It’s nice to dream about being free, or one day playing hockey like I used to when it was easier to breathe, or actually waking up and feeling rested.

For now those are dreams, but I think that’s what Christmas is about.

It’s kind of like looking at the finish line that I know is out there somewhere. I know I can get myself there, but I have to find it first. Rather we have to find it together, because I know every other CF family out there is asking for the same thing…. A cure for CF.

We’ll get there eventually. For the time being, though, let yourself dream about it, ask Santa for it and hope that one day our wishes will be delivered.

Speaking of Christmas…. Here’s my favorite Christmas video. I love it so much.