4 Times I Have Prevented Medical Mistakes 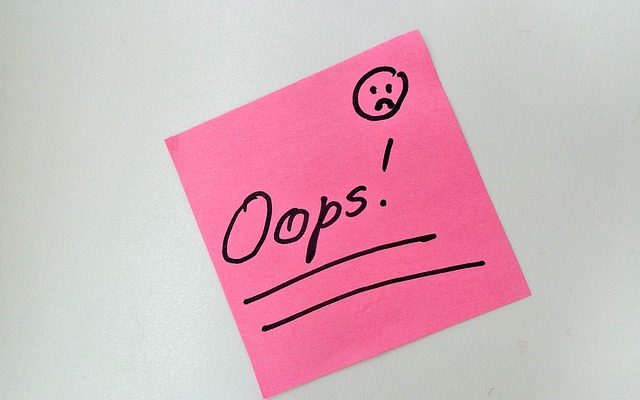 I came across this tweet yesterday and thought… Wow that’s happened to me! I’m going to write about it…

A family member prevented a medical error today by telling her surgical team that the antibiotic they were about to give her was incorrect. They told her it was right. She persisted. They double checked. They were wrong. #payattention #speakup #knowyourmeds @ToErrIsHumanDoc

Mistakes happen all the time in medicine. Despite all of the safety mechanisms in places, mistakes are seemingly unavoidable. The following blog may seem like common sense, and I hope that everyone reading has been able to put a stop to medical mistakes within their care, but it’s my hope that if you’re able to see how I’ve prevented human error, maybe you’ll have the courage to speak up right when things seem like they are going the wrong way.

If you’ve been following the blog for a while, you’d know I have a chlorhexidine allergy, and as it would turn out, it’s actually not too rare for people to develop an allergy to it. My reaction to chlorhexidine looks a lot like a chemical burn. It’s like a rash on steroids, and it’s very painful. Whenever I’m prepped for a procedure or in a situation where something needs to be “cleaned” I am hyperaware of what product is being used. Even though my allergies are read aloud at the beginning of each PICC placement, for example, I have quite literally prevented an Interventional Radiologist from using chlorhexidine to prep my arm at the last possible second. After several accidental exposures I started speaking up, even in the home care setting. I always ask “what are you using to clean?” and I expect the answer, “Betadine and alcohol.” If I DON’T get that answer, I put a full stop on everything and have the nurse or whomever else is swabbing my arm, reset.

Swapping a feeding tube is super easy and it takes about 5 seconds. The only instructions I was given before trying it out for the first time was that all I would need is some surgical lube and a pair of steady hands – fortunately I have both! What wasn’t communicated to me, however, was that not all surgical lubes are the same. Some include our friend chlorhexidine. In fact, the one recommended by the feeding tube manufacturer includes chlorhexidine, but I didn’t know that until the last possible second. In the moments before swapping my g-tube for the first time, and after purchasing the recommended surgical lube, I decided I would look at the packaging to see what the ingredients were. Wouldn’t you know it… the last active ingredient listed was chlorhexidine! To this day, I still cringe when I think about what could have happened had I not decided to look.

One of the more concerning medical errors I discovered, and subsequently prevented, was when I was sent expired IV medications. The mistake was the result of last second change in the prescription, and it must have confused whoever was sending out the order. Basically there was a miscalculation in the number of days between the initial order and a resupply order. The particular medication I was on, Zerbaxa, expired quickly and was labeled as such. For the sake of making things easier to understand, let’s say the Zerbaxa had a 5-day shelf life (I forget the actual length), the pharmacy, for whatever reason, sent me 7 days worth of medication, making the final two days worth of meds expired by the time I would get to them. It was such a simple error, but thanks to my habit of reading drug labels I was able to prevent administering an expired IV medication.

One of the inpatient protocols at Columbia is to administer a heparin (a blood thinner) injection as soon as the patient is admitted to prevent blood clotting. That’s all fine and dandy, unless you’re someone, like me, who has recurrent lung bleeds. Of course the nursing staff didn’t want to hear any of it, though. This particular time, I was admitted for observation, so I wasn’t in a critical state by any means. I was trying out Polymixin-B for the first time, and if you’ve used it before, you know how it sucks. My doctor wanted me inpatient (and if you’re a regular reader, you know how much I hate inpatient) for 48 hours max to make sure I could handle the new drug for the first time. I reluctantly agreed. Within minutes of settling into my new hospital room, I was furious. A nurse came at me with a heparin injection and was not about to be denied the opportunity to jam that thing in my body. To give you a little context, I’m a pretty nice guy, but when someone is about to do something really stupid, my temper can flare and I’m not the most pleasant person in the world. I pulled out my favorite word to use while inpatient, “refuse.” I refused treatment and demanded the nurse contact the cystic fibrosis center, so she could understand why I couldn’t use a blood thinner, and, ultimately, prevent a serious issue. Of course, I wasn’t given an apology when the clinic proved the nurse wrong for trying to inject me with a blood thinner.

Mistakes happen a lot in medical settings, and preventing them comes down to your ability to be able to recognize when they are about to happen. Finding out after the fact doesn’t solve anything. I’ve only listed a few here just to give you a taste, and I’m sure you can put yourself in similar situations. In fact, I’m sure my mom could write a full length book about preventing errors, she really prides herself of seeing these things way before they happen. Always go with your gut. If something feels wrong, it probably is wrong. Communicating is an essential skill, and if your care providers aren’t communicating with you, then maybe you need to find a new provider. At the end of the day your life hangs in the balance. Some of the mistakes are small – exposure to chlorhexidine isn’t going to kill me – but using an expired medication could do some serious long-term damage. Remember, you’re paying for your health care. It is a service. If you’re not getting treated properly, then you need to be proactive about it.