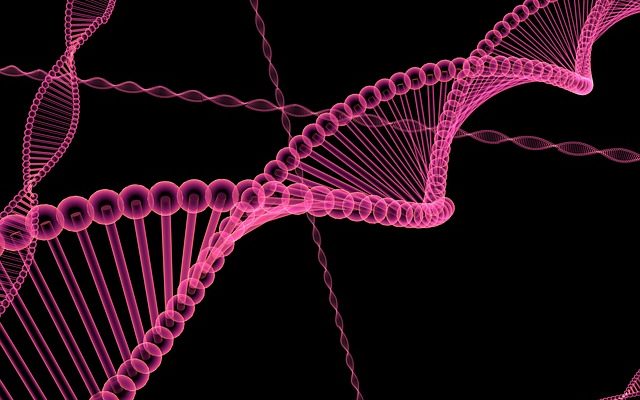 This morning on NBC’s Megyn Kelly Today, Megyn Kelly and her panel discussed some of the ethics surrounding genetic editing. Specifically a story from the UK, where a “bioethics think tank” decided that it’s morally acceptable to edit the DNA of an embryo. The lens for the topic, of course, was cystic fibrosis.

A little bit of a side note… I’d like to know how one gets the title, “BIOETHICIST.” If that’s not the most absurd abuse of self-worth (from an otherwise healthy person!), then I’m not sure what is. But I digress.

Anyway, here’s the intro to the discussion:

"I would like to have a child not a robot," @jacobsoboroff on "designer babies" after a UK think tank says editing DNA of embryos is morally permissible #MegynTODAY pic.twitter.com/ACI5SeeN3M

I don’t really have too much of a problem with this. I think it’s certainly a conversation worth having, although I think we’re starting to get more and more ahead of ourselves. I’m certainly guilty of jumping the gun with some of the blogs I’ve written about CRISPR.

We’re finding out that there are more hurdles than the public would like to think when it comes to gene editing. To that end the group that developed CRISPR said in a 60 Minutes episode not too long ago that editing embryos is a long, long way off, if it’s even possible at all.

The conversation on Megyn Kelly Today, however, took a strange turn once Megyn Kelly introduced cystic fibrosis into the discussion. I’m not sure the panelists were content with the discussion points either, as they looked visibly uncomfortable to be talking about this before a national audience. Here’s the clip:

A UK think tank claims editing DNA of embryos is morally permissible and it raises questions about genetically modifying embryos. When is it acceptable? Our round table discusses. #MegynTODAY pic.twitter.com/nt0kBUwg6p

Not only was cystic fibrosis misrepresented, “fatal at a young age for most children,” but the conversation went from using gene editing as a treatment to suddenly “discarding” embryos that aren’t deemed to be “okay.” There’s a very clear difference between treating an illness and terminating an embryo because of an illness – a condition that is no longer considered a childhood disease.

I think a lot of us in the CF community know that to be true, but I’m concerned the average uniformed viewer who doesn’t live in the world of genetic illness may not understand the subtleties at play.

I enjoy watching Megyn Kelly Today, I think they share a lot of worthy stories, but I’m disappointed in NBC for letting Megyn Kelly use a false narrative to drive a conversation that should have been productive. Instead it was a conversation that turned into a debate about terminating an embryo stricken with genetic disease, which is not even in the same neighborhood as genetic editing.

Here we have another example (in a seemingly bottomless pool of examples lately) of misrepresenting cystic fibrosis in the news and pop culture, AND using it as a catalyst to fuel the justification for terminating an embryo on the basis of genetic illness. People, this is beyond reprehensible.

I don’t feel the need to continue to write about how I feel about terminating embryos stricken with genetic, since I have time and again (hint: I think it’s wrong), but I wonder how our bioethicists would feel about it.

As the global conversation about gene editing and DNA replacement begins to drive forward, we must include people living with genetic illness in these conversations.

Subjective patient experiences in conversations like this are INVALUABLE. I’m not talking about a few patient voices; rather I’m talking about a collection. Remember, we’re individuals inside the community striving towards a better life for all of us.

It’s impossible to know what it’s like to live with a genetic illness, until you actually live with one. I wonder what the bioethicists think?