Abortion is Not The Answer to Genetic Disability, and It Has Nothing to Do With Politics 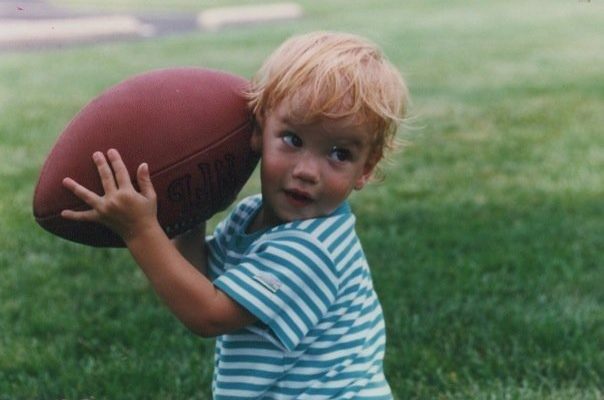 I’m not sure I ever thought I’d be throwing my hat into the abortion debate, but I sort of feel like I’m being dragged into it… so here we are.

Last night I found out that one of my blogs about CRISPR was featured in an article on The Cut – kind of a cool thing. To my surprise, though, I quickly realized that the writer, Jen Gann (who is a CF mom herself), twisted my words in such a way to criticize people who think it is wrong to abort fetuses that test positive for genetic disabilities during prenatal testing

An interesting spin….. considering the fact that I actually live with a genetic illness.

If you were paying attention to the news last week, you would have seen that there was a story out of Iceland that showed “the vast majority of women – close to 100 percent – who received a positive [prenatal] test for Down syndrome terminated their pregnancy.”

Gann’s article is a response to an opinion on the above report:

Source – Over the weekend, Quartz published a post about the prevalence of Down syndrome in Iceland. Drawing statistics from a recent CBS report, Bonnie Rochman, author of The Gene Machine, writes, “In Iceland, nearly every woman who undergoes prenatal testing and whose fetus receives a diagnosis of Down syndrome decides to end her pregnancy.”

Note the word “decides.” No one is forcing women in Iceland to choose abortions — individual women are making those decisions. From this statement of fact, Rochman makes a shaky leap: “In essence, pregnant women in Iceland — and presumably their partners — are saying that life with disability is not worth living.”

Does this language sound familiar? It should. This is the kind of rhetoric anti-abortion politicians use to justify abortion restrictions — to strip women and their families of control over their health and their futures.

Gann goes on to support her position with my words (remember… I’m living with a genetic illness, so I guess that makes it kind of important to her case):

According to Rochman, “Deciding what sorts of lives are worth living brings us disturbingly close to the bygone era of eugenics, when only the ‘right’ sorts of people were supposed to procreate.” This language echoes the recent discussion of ethics and so-called “designer babies,” a conversation reinvigorated after scientists successfully modified human embryos. Gunnar Esiason, the son of football legend Boomer Esiason and an outspoken advocate living with cystic fibrosis, responded to gene-editing naysayers with a blog post written in his signature tone: “I have not dedicated my life to the fundamental goal of seeing a world where cystic fibrosis patients no longer have to live with a terminal illness, only to have someone fear for a future where he will be missing out on living with people who have disabilities. Give me a f*cking break.”

As a person actually living with a genetic anomaly, Esiason sees scientific progress — like prenatal testing and gene-editing technology — as evidence of a world more tolerant of disability and disease, not less. “My desire isn’t to assimilate into the world as a typical person,” he continues. “No one is typical. Everyone has his or her own battles to fight, whether or not they are health related.”

Ultimately this article concludes that people should not judge women for terminating a pregnancy, even if that reason stems from the presence of genetic disability in the fetus:

When a woman makes a decision to end a pregnancy for any reason, it’s her business and her business alone. Women in Iceland and elsewhere who end pregnancies because of — or unrelated to — Down syndrome are making no such statement about the merit of life with a disability. They’re simply making a personal decision, most likely one they’ve determined is best for them and their families.

The personal beliefs that go into that decision belong only to the woman who is pregnant.

Okay so this is article on The Cut is difficult to dissect because it’s taking two different concepts that are seemingly related – gene-editing and prenatal testing – and considering them to be linked.

In fact Gann even insinuates that I consider them to be the connected, “Esiason sees scientific progress — like prenatal testing and gene-editing technology — as evidence of a world more tolerant of disability and disease, not less.”

They are not, and they never will be.

I also never once discussed prenatal testing in the blog post that she is citing. Critical reading is important!

Why would I ever think that prenatal testing leading to the eventual abortion of a fetus with genetic disability is scientific progress? If we are just getting rid of these people before they are even born, then how does that practice lead to a world more tolerant of disability and disease? I live with a genetic illness! My parents didn’t terminate me.

Quite frankly I’m not sure I’d expect someone who titles her articles, “What to Do When You Forget the Name of Your Friend’s Baby” or “How to Tell If Your Baby Is Ugly” or “What Does Your Favorite Celebrity Baby Say About You” to understand the very important distinction between gene-editing and prenatal testing.

Genetic-editing will (hopefully) one day be used to treat, and maybe even eradicate, genetic disabilities in a way that we use medication to treat an illness – obviously the mechanics are different, but the principle remains the same. Prenatal testing on the other hand is NOT a treatment, or method, for eradicating genetic disability. It’s a way to help parents prepare to treat their child for any genetic condition that may be present.

Beyond that, Gann dismisses the argument, “In essence, pregnant women in Iceland — and presumably their partners — are saying that life with disability is not worth living,” as anti-abortion political rhetoric designed to “strip women and their families of control over their health and their futures.”

So what about my rights or the millions of us living with genetic disabilities? Just terminate us so that you can worry about yourself and your own future?

I feel like that was tried somewhere within the last 100 years and it didn’t work out so well….

People with genetic illness are capable of leading full lives worth living, and one day, CRISPR may serve as an answer to our suffering in the same sense that medications exist to solve disease. Here I am living!

Gann stops short of that statement and plucks, from my blog, words that she spins to criticize someone advocating against the use of abortion to rid the world of genetic illness, despite the fact that I use those very same words to support my point that living with genetic illness can be very fulfilling.

Ultimately I am portrayed, in the eyes of people who may not then visit my website, as someone who advocates for aborting fetuses that are at risk to genetic disability, which is the exact opposite of my position.

Now I fully believe that it is a woman’s right to make whatever choice she deems right for her when it comes to aborting a fetus, but if you’re going to throw an opinion on the Internet, I sure as hell have a right to make a judgment.

It seems like every few years we see an article somewhere about someone aborting a CF fetus, or fetuses that are stricken with genetic disability, and spinning it in a positive way.

When the topic does come up in conversation (you’d be surprised by how many people actually think I would support abortion as a way to help eradicate genetic disease), I always point to an article on Salon, where Addie Morfoot takes readers through her journey of deciding to abort her unborn fetus that tested positive for CF via prenatal testing.

Other than writing a comment (admittedly with my name behind it and quite a bit of anger) on that Salon article, I have kept quiet about this in public because I think it’s just absolutely asinine that people aborts fetuses because of the presence of genetic illness.

If you are someone who would rather abort your child because of his genetic disability rather than fight for him, then your problems are far greater than those of us who actually live with genetic disabilities, and people like Morfoot have to live with that.

My life is full and it is free. My genetic disability may impact the choices I make, but I am making them, and so will Gann’s child with CF. I am investing in my future with knowledge, power and education. I am 26 and have already surpassed the limits placed upon me by the medical textbooks published the year I was born. I have been on the forefront of fundraising over $100 million to help people like me live until the day that we do find a cure. I have seen the funding of hundreds of scholarships to help send people with cystic fibrosis off to college, something that was once never a possibility for people with CF. I have met people stricken with my genetic disability live into their 6th or 7th decade of life. Every day people with one genetic disability or another reach out to me to share their stories of adversity, offer advice or ask for advice. I have a circle of friends who would take a bullet for me, just as I would return the favor for them. I have a loving family who cares about the livelihood of thousands. I fight back against hardship every single day of my life, and if for one second you think that people like Jen Gann or Addie Morfoot are going to have any impact on my life whatsoever, then you do not understand the complexities – some of which I try to tackle here with this blog – of living a life with cystic fibrosis, and I fear that you never will.

I live my life everyday with the hope that one morning I, along with the thousands of other people living with cystic fibrosis, will wake up to take a full breath of air. I live my life with the expectation that I will achieve all the success my heart desires. I live knowing that I am doing, and will continue to do, whatever I can to make sure people living with genetic disabilities can live free and equal. I live with the belief that one day I will pass on my genetic code and start a family.

For I am alive and you cannot take that from me.


Running Still Isn’t Fun, Especially When You Get Lost – Week 2 of My Journey