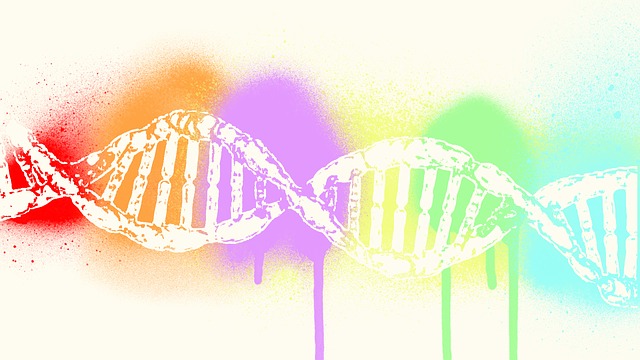 I’m launching a new blog series today – Monday Morning Thoughts (title subject to change…). I plan to use this space to take short little jabs (read: give opinions) at various topics from the past week or from questions in my Inbox. I think it will evolve over time to be more wide ranging as far as the topics go.

CRISPR: The gene-editing tool that's revolutionizing biomedical research. A new tool could be the key to treating genetic diseases and may be the most consequential discovery in biomedicine this century. https://t.co/XYMg1DRotm

For those of us who watched 60 Minutes last night, we got an inside look at CRISPR – the gene editing technology that could revolutionize medicine as we know it. The possibilities are seemingly endless. If you didn’t watch last night, just check out the above link.

I’ve really read into CRISPR quite a bit over the past year (I’ve also blogged about it a few times), but last night’s story was really a pretty good comprehensive look at this technology. My biggest takeaway was that they are really looking at using gene editing in living patients before playing around with embryos. That’s totally the opposite of what I had originally thought – to me, I had expected the natural evolution of the technology to be used as a way of editing genetic disease out of the next generations before they start messing around with our genes. I was wrong. It makes sense after hearing a few of the researchers discussing why. They make the point that we don’t really know how gene editing is going to impact the genome as a whole, especially when it’s done in the embryo. What does an edit in one position do to another part of the sequence? No one really knows, or in some cases, as they cited in the story, we could be reducing risks of one illness, while increase the risk for something else – it’s an ethical trade off.

My other big takeaway form the show was that while CRISPR is getting into the clinic pretty soon for some cancer treatments, we are looking at a decade-plus before we even think about some broader uses in medicine. If you asked me where I think we stand as far as CF is concerned, I’d say we’re certainly over 10 years away from even the faintest possibility of trials, and maybe even 20 years before this is making a serious impact on our lives. The scope of that is difficult to comprehend, I get it… I’ll be in my late 40s according to that timeline. While the hype around this is all the rage, we need to listen to Eric Lander (the director of the Broad Institue in Cambridge, Massachusetts) when he says, “I wanna always balance hope versus hype here. While it’s not gonna affect somebody who might be dying of a disease today, this is gonna have a real effect over the course of the next decade and couple of decades. And for the next generation, I think it’ll be transformative.”

…I guess that goes back to my blog last week about pediatric patients over adult patients, doesn’t it?

Admittedly I had no idea who the Golden State Killer was before last week. Seems like a generational thing. He sounds like a pretty horrendous dude, and in that case I’m glad he is being brought to justice. The way investigators captured him, though, is a little unsettling.

From the New York Times:

The California police had the Golden State Killer’s DNA and recently found an unusually well-preserved sample from one of the crime scenes. The problem was finding a match… But these days DNA is stored in many places, and a near-match ultimately was found in a genealogy website beloved by hobbyists called GEDmatch, created by two volunteers in 2011.

Yes that’s right… dude’s family jumps on the genealogy bandwagon and then the investigators are able to connect the dots via a family tree option:

The matches found in GEDmatch were to relatives of the suspect, not the suspect himself…Since the site provides family trees, detectives also were able to look for relatives who might not have uploaded genetic data to the site themselves.

The general principle behind all of this, however, is quite terrifying. We’re looking at a very clear example of the State using a DNA database to control the population. Obviously in this scenario it turned out to be a good thing, but for those of us with genetic illness, we should be looking at this and scratching our heads. If a government agency can go onto one of these DNA databases and search for an individual, then what’s stopping them from tracking down a specific genetic population? It’d be pretty easy to identify all of us, I think – considering we’re all screwed up in the same part of the genetic sequence. Or… even more worrisome, what’s stopping these genealogy companies from selling our DNA just like our friends at over Facebook have been selling access to our identities?

My favorite part of this whole story (other than the criminal who is going to be going away for a long time) is the big time backpedal from all these genealogy sites (you can read them all here).

As if they didn’t know this was going to happen.

I think we all saw this coming from miles away. People upload DNA to private website, government agency needs to find a DNA match, government exploits volunteer DNA databases, government identifies an individual.

The perfect rebuttal to this is, “but I’m not a criminal, I have nothing to hide!” Yes… but we all contain genetic imperfections, just go back to those articles about aborting CF fetuses – there are people out there who view out genetic illness as genetic imprecation. If you don’t think someone out there has the thought in mind to exploit our genetic misgivings, then you need to wake up. People with cystic fibrosis can be (and have been) the victims of genetic discrimination.

Alfie Evans' father said the 23-month-old has left doctors "gobsmacked" after his life-support was withdrawn but he continued to live pic.twitter.com/HMKOlEEI24

The story (which you can see in the tweet above) is, at its root, heartbreaking. What happened to Alfie is incredibly disturbing. More than anything else, it is government negligence on the highest level. The British government ultimately decided Alfie’s fate, and that’s terrifying. His parents were denied the choice of seeking care that was offered elsewhere, which is all that we, patients, ask for. Having a say in our care plans is of the utmost important to our families and us. Government intervention into care plans must not be tolerated. The simple fact is that the British high courts had judgment over what happened to Alfie, not just once, but several times, and that’s alarming.

On Friday I blogged about improving the patient experience, and concluded that we want to feel confident when we leave the clinic or hospital. This leaves me feeling the opposite of confident. The British healthcare system, which is otherwise applauded for its perceived affordability, failed the Evans family at both the critical care and legislative levels. That is a terrifying outlook for patients.

Those are my thoughts this morning! What do you think?

A correction was applied to the article which clarifies the method investigators used to capture the Golden State Killer. The original post may have been misleading for some readers.


How Do We Improve the Patient Experience?

What I’ve Learned From Others with CF