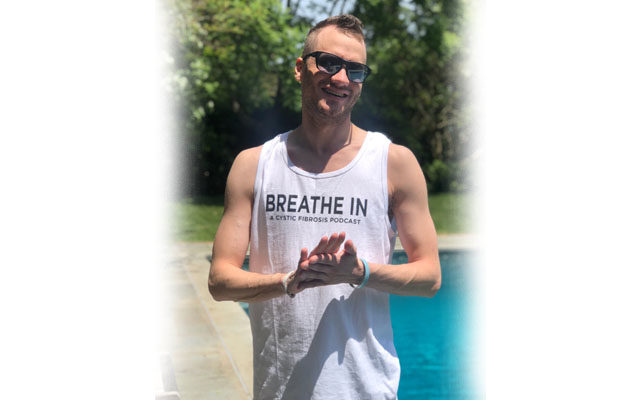 Are we past the halfway point of Summer? Is fall quickly approaching?

In the world of “what offends people now!” we get “thin privilege.” I don’t love the trend that encourages a group of people to marginalize another group of people as a way of coping with a personal issue. Yet here we are again, talking about something that alienates people with chronic illness! A person with CF first brought thin privilege to my attention (in the DM’s!), but last night I finally had it all laid out in front of me. It was actually trending on Twitter.

Hey, you don’t have to “feel thin” to have thin privilege.

Thinness isn’t a feeling. If other people perceive you as thin, you are thin. If you are able to walk into any clothing store and expect to see a wide range of options in your size, you are thin.

Sadly, the person preaching tolerance actually blocked me when I objected to her blanketed statements. This particular tweet is the one I objected to:

I suppose it’s a privilege to be malnourished and live with a g-tube, pancreatic insufficiency, and abnormally thin limbs.

If you want to talk about shopping, after all that is the lens she is using, I’m confident in saying that it’s actually quite difficult to shop for my body type. The average person doesn’t share my laundry list of health issues, which is totally fine, and to that end I anticipate running into issues. Most items are super small on my torso or baggy on my lower body and arms. As far as my issues are concern, though, I hardly consider clothing equality to be a priority of mine.

I’m taller than the average American (6’3), but significantly underweight for someone my size, fluctuating constantly between 155-170 pounds. It’s beyond difficult for me to put muscle mass on, and I’m almost constantly reminded of that little problem:

“How come you didn’t play college ball like your pops?” “You didn’t get the athlete body type did you?” or the one, very specific moment during a tryout when a coach said to me, “I think you should probably start eating a few more cheeseburgers if you want to play hockey at this level!”

None of that really bothers me. I’m not going to run around and start championing a healthy privilege movement.

All you damn healthy people! Shame on you! FEEL MY PAIN!

You’re physically healthy or you aren’t. I’m not, so I have to work on it.

I can’t expect everyone to know the intricacies of cystic fibrosis. My weight is one of my health issues and I treat it like I do any other symptom – aggressively. My concern with all of this is that instead of encouraging people to treat whatever physical or emotional conditions that lead to the idea of “thin privilege,” we’re marginalizing those of us who are thin (and sometimes not by choice!).

Yeah, it f*cking sucks to be malnourished; I wouldn’t call using a g-tube, “fun;” and taking pancreatic enzymes isn’t exactly a hobby. To use our above social justice warrior’s own words, my life IS made more difficult because of my weight, you marginalizing idiot.

Reading IS a hobby, and it’s one of my favorite things to do before bed or on a sunny summer afternoon or evening. I’ve been tackling a number of World War I books over the past couple of months. I love the show Peaky Blinders – bunch of the characters are World War I vets – and I felt like I had a difficult time understanding some of the nuances because of the lack of schooling around the period. The events leading up to the war, and the war itself are largely overlooked in the US, despite our country’s larger role prior to deploying troops. I’ve been reading about the first quarter of the 20th century for a few years now, but in the past few months I’ve tackled, First Over There: The Attack on Cantigny, America’s First Battle of World War I by Matthew J. Davenport, A Bigger Field Awaits Us: The Scottish Football Team That Fought the Great War by Andrew Beaujon, The Anatomy of Courage by Lord Moran and I’m currently reading The Unknowns: The Untold Story of America’s Unknown Soldier and WWI’s Most Decorated Heroes Who Brought Him Home by Patrick K. O’Donnell.

Aside from studies of World War I, I’ve been all over the place. I just wrapped up The Creature from Jekyll Island: A Second Look at the Federal Reserve by G. Edward Griffin, Astrophysics for People in a Hurry by Neil deGrasse Tyson, The Dawn Prayer (Or How To Secret Syrian Terrorist Prison) by Matthew Schrier, A Chance in the World: An Orphan Boy, a Mysterious Past, and How He Found a Place Called Home by Steve Pemberton (a BC grad!), and April 1865: The Month That Saved America by Jay Winik.

From here I’m looking forward to reading Fahrenheit 451 next!

…And that’s what I’m thinking about this morning!

You can check out my GoodReads reviews below!

First Over There: The Attack on Cantigny, America’s First Battle of World War I by Matthew J. Davenport
My rating: 4 of 5 stars

Extremely well researched. Almost reads as a textbook at time, if it weren’t for the heart pounding action. Ultimately the story of the American 1st Division in World War 1 France is a story that, until now, was lost to history and those who have readily studied the war. This is a book bursting with American pride and valor. A fantastic history of a Great War battle – America’s first.

A Bigger Field Awaits Us: The Scottish Football Team That Fought the Great War by Andrew Beaujon
My rating: 5 of 5 stars

This was a tremendous read. I’m hardly a soccer (football) fan, let alone even respect the sport, but this really changed my mind, at least for the early years of the game. Beyond the sport, though, this book shared an excellent history of the First World War, something that is really lost to time for many Americans. I appreciated the thorough research, primary sources and action sequences. Some of the battle lines read a bit confusing, but I think that probably captured how many of the men fighting the war felt. I highly recommend this book for people interested in the intersection of sports and global conflict – much like Brown’s “The Boys in The Boat.”

The Anatomy of Courage by Charles McMoran Wilson Moran
My rating: 4 of 5 stars

Really interesting read. The Anatomy of Courage explores “shell shock” and the emotional stress of being a soldier during the First World War. Lord Moran is well ahead of his time with this read… he uses personal experiences, memories and conversations with soldiers through out the full ranks to answer his questions, where does courage come from, is a person’s courage infinite and what impacts a man’s courage at war? A good look at history through someone who lived it, written right as it was happening.

The Creature from Jekyll Island: A Secon by G. Edward Griffin
My rating: 5 of 5 stars

600 pages detailing why socialism is a virus, inflation is a hidden tax and the people who control the System know exactly what’s going to happen and when. Is it a little out there? Yes. Do I believe it? Probably.

Astrophysics for People in a Hurry by Neil deGrasse Tyson
My rating: 3 of 5 stars

I don’t think I was meant to be an astrophysicist.

The Dawn Prayer (Or How to Survive in a Secret Syrian Terrorist Prison): A Memoir by Matthew Schrier
My rating: 5 of 5 stars

This was a page turner. I couldn’t put it down. Ultimately it’s a frustrating read, learning about the daily physical torture and mental and emotional manipulation. At times it’s hard to imagine what happened inside one secret cell after the next. Schrier talks about finding the most unlikely of allies in the most unlikely of places throughout the story and seeing the best of humanity in the very worst of places. This story is one of adversity, resilience and a burning desire to get home. A harrow tale, but an important read.

A Chance in the World: An Orphan Boy, a Mysterious Past, and How He Found a Place Called Home by Steve Pemberton
My rating: 5 of 5 stars

This is really a tremendous read. Like Steve Pemberton, I too am a Boston College alum and feel the deep rooted connection to the university in a life changing way. Beyond that, Pemberton’s story is heartbreaking, confusing, and frustrating. His life is one that is the result of the failure of social services at every level combined with an inner resilience that brought him success in life. He shows us that family is all that many of us have and should cherish it because it’s not something that everyone has. I enjoyed this read and am proud to call Steve an Eagle. His story transcends adversity and can serve as an inspiration to fix so many broken parts of our society.

April 1865: The Month That Saved America by Jay Winik
My rating: 4 of 5 stars

An extensive history of the final month of the Civil War. Before reading this, I had (incorrectly) assumed that America’s darkest hour humbly came to a close at Appomattox Court House. Winik goes into great, but easily readable, detail about the characters who helped bring the nation out of war and into Union. Heavily researched, this book leaves little question for what happened in a number of very important days in early 1865. Admittedly, my Civil War library isn’t as extensive as I’d like, but I’m confident in calling this a must read for any Civil War reader.
View all my reviews