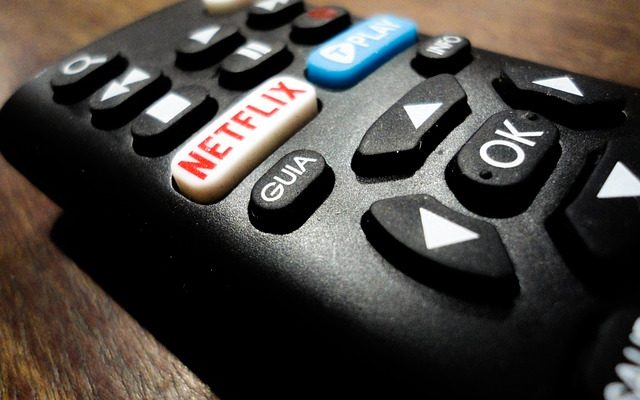 If you can’t tell… I watched a lot of TV over the weekend, and now this is where we are.

If you listened to last week’s podcast, you heard our guest, Katie, recommend that I watch Afflicted, a new series on Netflix (see the link for the trailer). The show follows 7 people living with chronic illness, all of whom have yet to receive a concrete diagnosis (or a questionable one at that). Katie’s skepticism towards the show hooked me onto the idea that I’d love to hate it.

If you’ve been following my blog for a while now, you’d know that I hate pretty much any sort of romanticism of chronic illness.

…And if you’re deeply ingrained in the world of (read: living with) chronic illness like I am, then you’re left feeling somewhat weird after watching a few episodes. Afflicted perpetuates the notion that living with a chronic illness is a lifestyle. News flash: it isn’t.

The 7 afflicted patients are suffering from a range of illnesses – from Lyme Disease to Chronic Fatigue Syndrome and “electromagnetic sensitivity.” Not only are most of the people featured in the docu-series made to look like idiots, the producers managed to find people surrounded by enablers. There is zero patient empowerment whatsoever. Our 7 subjects blindly follow suggestions from accepted medical practice and alternative remedies, before moving onto the next expert. At one point, one of the afflicted says something to the effect of, “I don’t even know why I’m taking this [supplement].” The show lacks any real medical science, and when they do try to inject some sort of medical expertise into the show, it comes without context. I was also left feeling like some of the symptoms were way too convenient for some of the afflicted. Whether or not that’s true is not for me to say, but the filmmakers definitely played into it, further making our subjects look like complete idiots – like when the woman suffering from electromagnetic sensitivity (triggered by wireless devices) seemingly forget the cameras were rolling and was totally fine despite the wireless microphone hanging around her neck, only to be reminded by another person suffering from the same ailment that she was, in fact, wearing a microphone.

The show also romanticizes alternative remedies in a dangerous way. One of the afflicted goes for Ozone Therapy, only to have the super special ozone machine breakdown mid-session. I’m not totally sure that the 7 people who signed up for this show really understood what they were getting themselves into, or if they did, I’m not sure they expected that they’d be portrayed in such a negative way. That’s not to say that these people are not sick in someway. I’m sure there’s something going on (the irony in my statement is that the show attempts to push people above this stigma, and fails horrible), but I was left feeling like chronic illness was portrayed in such a horrendous way. It almost seemed as if these people were ALWAYS RIGHT about whatever it was they were dealing with. There MUST be something wrong with me and Dr. Google is going to corroborate it!

Ultimately I think you should take a pass on this one. Why? Well if the reasons above aren’t enough, allow me to pontificate for a moment. I think it’s so incredibly hard to get an accurate portrayal of chronic illness in these documentaries or, really, in pop-culture too, because it’s seemingly impossible to know what it’s like to be dealing with years of physical or mental illness unless you, yourself, are dealing with it (or consistently amongst people living with an illness). There’s a different between empowering and enabling, and also informed care and ignorant care, and Afflicted feels like filmmakers trying to film a bunch of lab rats for a social experiment.

Moving over to the world of sports. I’m concerned for the future of football. Football is one of the most amazing social tools in our arsenal. It brings people from all walks of American life together and binds them through the experience of selflessness. The new tackling rule is going to rip that away. Not only does it try to physically manipulate the game (in the name of safety), it places an imbalance on the field. It disregards the players on defense almost entirely. The game is violent, it’s meant to be violent and I think players (of all ages) sign up to experience the violence of the game. Regulating the violence of the game serves to make our defensive players hesitate and question their years of experience in an otherwise incredibly fast game. The NFL needs to do away with this rule immediately.

If this hit by #AZCardinals S Travell Dixon is a penalty now, we are all in trouble. This is textbook. pic.twitter.com/mX06K3A6oc

It looks like some of the cast from Afflicted has banded together to address their collective misrepresentations:

We were all told that we would be participating in a project that would show our lives and our struggles with illness through a “compassionate lens.” We participated because our diagnoses are misunderstood and stigmatized. We thought that revealing some of the most intimate moments of our lives would lead to greater public understanding. We hoped that with it might come investment in research to find biomarkers and better treatments. We never fathomed that we were participating in a project that would instead expose us and our communities to further ridicule and disbelief.

You can read their reactions HERE.


Breathe In Ep. #45 – Working in Education With CF and Back to School!

I Came Across an Old, Shirtless Picture From The Pre-Feeding Tube Days