How I Get Past a First Impression 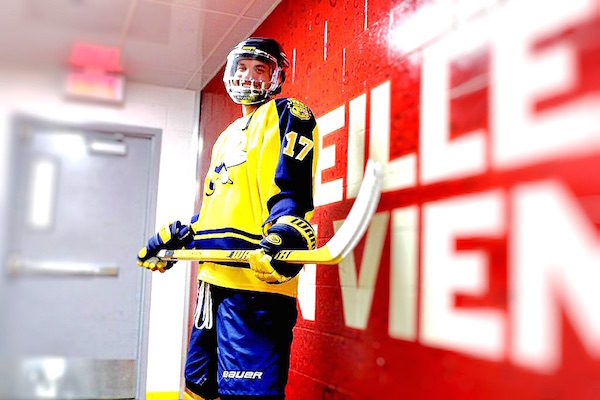 If I don’t have an answer to a question, a definition to a word or a way to solve a problem, my first instinct is to go to the Internet like anyone living in the age of information. If you ask the Internet a question, you’ll get an answer (right or wrong).

All of a sudden I am given a label, and I think that’s why so many people are hesitant to share their CF with the rest of the world.

As I’ve discussed several times here, talking about CF with someone new can be a daunting task – especially if that someone new is going to be a mainstay in my life. I have my strategies (tried and tested!) for telling someone new about my disease, but what I have come to realize is that often regardless of what I say, people (if they care) are going to go home and look up cystic fibrosis, only to find the CF Wikipedia page – and become absolutely terrified in the process.

This is what the CF Wiki PAGE says:

Cystic fibrosis (CF) is a genetic disorder that affects mostly the lungs but also the pancreas, liver, kidneys, and intestine. Long-term issues include difficulty breathing and coughing up mucus as a result of frequent lung infections. Other signs and symptoms include sinus infections, poor growth, fatty stool, clubbing of the fingers and toes, and infertility in males, among others

There’s some scientific BS in there following all that… then this bomb drops:

There is no cure for cystic fibrosis. Lung infections are treated with antibiotics which [sic] may be given intravenously, inhaled, or by mouth… The average life expectancy is between 42 and 50 years in the developed world. Lung problems are responsible for death in 80% of people with cystic fibrosis.

Well fortunately for me, I live in the “developed world,” so I guess that’s something to hang my hat on. (I’m also smart enough to recognize how poorly written that Wikipedia page is, WOW.)

My point is that the first 200 words in that article are absolutely devastating. In this day and age, it seems like most people browsing the Internet lose interest after 200 words (if you’re still reading, we are closing in on 400 words here – you’re not most people – good for you!), so someone’s first impression is pretty much settled on the words “responsible for death in 80% of people with cystic fibrosis.”

This, people, is why the Internet is so dangerous.

This is why when you have a sniffle you’re supposed to suffer through three days of hell and Nyquil rather than search the Internet for any illness that might cause a runny nose only to diagnose yourself with Lymphoma. It’s the same principle.

I would say that I really only identify with maybe 60% of what the Wiki article says, especially the part about poop. That’s spot on.

Let me tell you, there’s nothing better than meeting a girl only to have her go home, Google CF and read about your poop before you even get the chance to ask her out. That usually seals the deal right there. Education is the basis of everything. Here I am giving one of my many CF talks to a crowd of people

While 60% is more than half of that Wikipedia page, it’s far from the full story (if you want the full story, just start clicking on other blog posts I have written!!!).

A first impression is really pretty difficult to break. Think about it; anytime you get a horrible first impression about something, whether it is a stereotype or a misinformed decision, it’s probably a challenge to change your opinion.

That’s what happens to me almost any time someone says, “yeah, I did a biology project on CF in high school” or “yeah, I looked up CF last night after we met. I can’t believe you have to live with that. I’m so sorry.”

It’s my life, people. You don’t have to feel sorry for me. In fact, that’s the first thing I say. That’s the most effective way to break someone’s first impression of the disease.

That emotion is better served somewhere else.

What I want is for you to feel like you’re ready to listen and learn. I don’t think I have ever met someone who hasn’t found CF fascinating.

Look at it this way, if a someone that I met at a bar has enough curiosity in the topic to go home and look it up, there has to be some interest there. It’s a heavy topic that not many people know too much about. As soon as he or she reads those first few facts on Wikipedia, though, they will replace the few that I had spoken about (as if my CF will undoubtedly come up in conversation) a couple hours ago.

I know that it would be ridiculous for me to expect someone to understand the complexities and nuances of CF after a single trip down Wikipedia lane (according to all those professors I had in college, it’s not a source!), but unfortunately that is the world we live in. People consider themselves to be experts in anything after a Google search.

I can’t tell you how many times I’ve received advice from a newly self-proclaimed doctor. Google medical school!

It is endearing that someone would take the time to look up CF on the Internet to make some sort of connection with me. In fact, I love when people do, but there’s no way around the fact that it’s a double edge sword.

The awkward line of questioning is sure to ensue concluding with the big one, “so like, is it scary?”

The only way to defeat the first impression is with actual conversation. I want to answer questions, not because I feel like I may have to, but because it’s the best way for someone to learn. I want to be asked about my feelings, habits, challenges and successes because those are things that will help paint a picture around the disease.

If I fail to describe myself better than a generalized Wikipedia page, then I have bigger a problem on my hands than CF.


Making it Matter Episode 4 – When Should I Transition to Adult Care?