When Cystic Fibrosis Thought it Could Beat Me 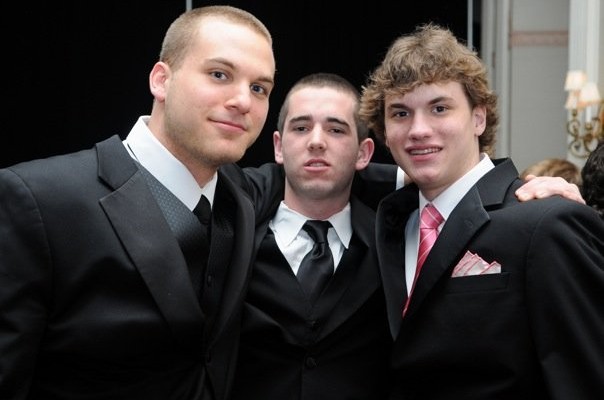 I have heard a lot of people try and give a concise explanation of cystic fibrosis – hell, I’ve even tried to do it here with this blog. It’s not the easiest thing in the world to do given the disease’s complexity. There was one time, though, that a nurse said to me “well, you know cystic fibrosis isn’t a cookie cutter disease.”

I stood there looking at her like she had six heads, but then it dawned upon me that she was totally right. Her little metaphor with a cookie cutter made total sense. If you live under a rock and are unfamiliar with what a cookie cutter does, let me offer you some insight into the nurse’s explanation. Cookie cutters do exactly what they sound like, they cut cookies – more specifically into shapes, so that the person baking the cookies can have cookies that look uniform. Unlike cookies, cystic fibrosis isn’t a uniform disease. No two cases are exactly the same.

Cystic fibrosis is beyond complex. It impacts several parts of the body and creates issues for patients in places that you may not even think exist. Some people have it pretty bad, others have very mild cases, while many people are somewhere in the middle. At any point, everything could totally change for someone with CF. That’s really the only common ground for people with CF. Many of us go through a significant part of life where the symptoms and effects really aren’t too severe, then suddenly it all comes crashing down.

One thing that almost any person with CF can tell you is there was a time that it all “changed.” I have deduced from the countless exchanges that I have had with patients that this is a pretty common thing – one that almost everyone with the disease experiences. The “change” that I am referring to is some sort of medical event that falls outside the norm up to that point in life. It can happen when the person with CF is 5 years old, 100 years old or anywhere in between. For me, it happened when I was 17… let’s take a trip down memory lane.

I was a junior in high school, popular and had long hair. ESPN had just featured me on E:60, I was playing football and hockey, I could drive and I had a girlfriend. Things probably couldn’t have been better. I lived my life like I was in an American Pie movie – I loved high school. Some days I felt like I was BMOC (I’ll let you Google this one if you don’t know what it means), and others I felt like I was just going with the flow. It was a pretty great balance.

Spring came, and just like any normal high school in the world, Mono was going around. Cocky 17-year-old Gunnar felt like he was invincible; “Mono is never going to get me,” I thought. Well, I was so wrong.

One Saturday in May 2008, I was taking the ACT so I could go to college.

(Side note here: I was more of an ACT guy… the only way the SAT comes into my life is when I make my friends take the test for coming in last place in my fantasy football league. It’s a true story, I wrote about it once HERE) Anyway, the ACT… so I was taking that stupid test and something didn’t feel quite right. Some higher power decided that I would fall asleep mid-exam, sort of like a quick power nap. When I got home and told my mom what happened, and she about nearly had a heart attack. I told her it was fine, and that I would retake the test. Obviously it worked out… I ended up at BC; some call it the Oxford of America (writer’s note: no one calls it that).

After my mom recovered from her freak out, she decided I was sick. Turns out I actually had a fever and didn’t look so good. So, like any normal person living in the Age of Information, I decided to take my talents to the Internet and look up my symptoms on WebMD. Within the next 25 minutes I had diagnosed myself with Lymphoma, Small Pox, Mono and cystic fibrosis (did you know “cystic fibrosis” isn’t typically capitalized, weird, right?).

Given my self-diagnosis, I basically decided I was f*cked. On the verge of tears, I ran into the kitchen and told my mom about my destiny as someone who was about to go from BMOC to sickest human alive. Mom immediately went into parenting mode and reminded me that I was 17 and didn’t have an answer for every thing in the world. “Sweetie, we’ll go to the doctor on Monday and he’ll tell you that you have Mono.”

Mom was right. We went to the doctor a few days later and they tested for Mono. It turns out I had been with Mono for about two weeks, which was GREAT because I was still playing hockey in a spring league. Luckily my Spleen didn’t explode. Small victories, right?

Well, now that I knew I had Mono, I had to make one of the most awkward phone calls in my life. Remember how I said I had a girlfriend at the time? Yeah, so I had to let her know. “Hey babe (I was in high school, I thought that was the cool thing to call the girlfriend, duh), so I have Mono… you might want to get tested.”

That was a fun conversation.

It actually turned out that she had already had Mono when she was little. Thank God.

Fast-forward a month into the future. I was still suffering from that stupid illness. Things had actually gotten a lot worse. I spent a significant amount of time on IV’s, longer than I had at any other point in life; I had been diagnosed with Shingles, like what the f*ck, who get’s Shingles at 17 years old? And my FEV1 had dropped significantly, with no signs of coming back up. For those who don’t know, an FEV1 is basically a barometer of how much air is coming out of my lungs when I exhale. Every time I go to the doctor I do a Pulmonary Function Test (PFT) and it gauges the state of my lungs. The FEV1 is the important result we look at with the test – it essentially shows us the state of our lung health. That’s probably something more fun to Google than it is to have me explain.

For the first time in my life, my FEV1 dropped significantly. Up until that point, for the most part, each time I got sick my FEV1 would dip, I would go on a course of IV’s and everything would return to normal. The Mono virus, for whatever reason, set off a series of unfortunate events that led to a significant decline in my health.

The repercussions were enormous. By the time August rolled around and football training camp started, I was significantly underweight, out of shape and in no condition to compete as a football player. I managed to fight through training camp with a PICC line in my arm for two of the four weeks. To put it more simply, I was playing football with an IV stitched in my arm. The antibiotics often lead to sun sensitivity and dehydration. I was throwing up after most practices and I was covered head to toe in sun poisoning. It was a really awesome experience.

The bottom line is that I was selfish. I wanted to play and be a part of the team, but my body had different plans. My coaches obviously took notice and did their best to protect me from anything worse happening. They each had difficult conversations with me and told me that I wouldn’t really be playing until I had my health up to par.

Since I’m writing a blog here and not a story of my life, I’ll jump to the end of this and get to my point.

When football season ended, I ended up only competing in two games my entire senior year – I spent the majority of the time on the sideline wearing a hoodie and sweatpants. I was a shell of my original self that I was the previous year.

The doctors finally got things straightened out after a series of procedures as I made it very clear that I was not willing to miss my senior hockey season too.

The six months that I dealt with continued sickness were not easy to handle. It put a lot of stress on my family and me. Like I said, I was 17 years old at the time and I had to learn how to manage “defeat.” I put defeat in quotations because I obviously didn’t lose shit, but it certainly felt like I wasn’t winning. I felt like things were happening completely outside the realm of my control.

What I learned from all of this, was that while I feel like I must always be in control (as I spoke about in my last blog post HERE), there are times when things happen that will make me go for a ride. Those six months when I was 17 changed everything for me. It was really the first time I struggled with the disease for an extended period of time. I guess I realized it was always a bit of inevitability, but I don’t think I had ever prepared myself for it to happen. My biggest take away from that experience was that I now always prepare for the worst to happen. I feel like if I keep myself prepared for something terrible to happen, I put myself in a better position to succeed.

I never like to think about what COULD HAVE HAPPENED if I was diagnosed with mono right when I was infected and not two weeks late. What happened in the past happened and there’s nothing I can do to change that. The only thing that changed as a result of this experience was my attitude moving forward. My parents and I took the lesson learned and have now applied it to my life from that point on. I now think that I am more honest with myself and am certainly someone who likes to respond to changes in my body pretty aggressively.

I want to dedicate this post to Mary Catherine Kelly. Katie passed away on January 20, 2016 from cystic fibrosis. She was a big fan of my blog and even frequently submitted questions to Ask Gunnar. I wrote an entire post HERE in response to one of Katie’s questions about dating. As a result, Katie and I developed a friendship around CF. She had an infectious personality and I can confidently say that her spirit and character will continue to inspire people with CF for years to come. It was an absolute pleasure to talk to her and get to know her for the past year. Katie was 26.


BEF’s CF Podcast 154: Sydney Esiason, on Being a CF Sister