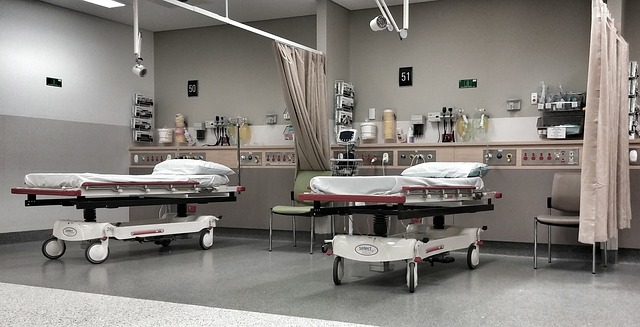 A discussion in the comments on one of my Facebook posts from the other day highlighted an interesting (and often overlooked) part of the cystic fibrosis world – people have very different individual needs.

Here are some of the comments: Ultimately the topic here is the ACA – Affordable Care Act (Obamacare). We’ll touch on this in a second, but worth pointing out is that people are talking beyond the usual partisan politics, they know what’s best for their individual needs… and they happen to be very different person to person. Again… we’ll come back to this in a moment.

The cystic fibrosis community can be broken down into several different groups over and over again.

The schism that we always talk about is the break between pediatric patients and adult patients. I suppose we could carve out a third group – post-transplant patients. Children and adults have very different needs as far as cystic fibrosis care is concerned. Adults generally deal with advanced (or advancing cystic fibrosis). We spend a lot of time missing work, struggling to provide and do whatever we can to make sure things don’t fall apart. Many of us live in that delicate area between being healthy and too sick to be an individual. Children (and their parents), on the other hand, (generally) work to delay progression. No pun intended, but kids have more lung function to play with. Progression usually doesn’t set in too early, and care teams are focus on keeping kids healthy and productive… it’s a long term game for the younger generations. I think this is all underscored by the way the CFTR Modulators are working for the above different groups – Orkambi and the like tend to keep kids stable, and we call that as nothing less than a HUGE success. Adults with advanced illness can have trouble tolerating such significant changes in their bodies.

Now… not to forget the post-transplant group! That group has their own needs. Yes, they’re still CF patients, but instead of focusing on declining lung health, they are trying to stay free of rejection, while working to strengthen their new lungs. Quite the opposite of what many pre-transplant folks deal with.

From there we can look at the break between men and women in cystic fibrosis. We know that women generally have a more difficult time with the illness.

What about families that have multiple kids with cystic fibrosis compared to families who may only have one?

We can also look at the treatment from country-to-country. Do Americans have different needs from French patients? Yup.

Even here in our own country (and to circle back to where we started) we’re all getting care in different ways from one another. Cystic Fibrosis Foundation notes that about 45% of CF patients in the US receive care through Medicaid, yet we know that patients who rely on the government for care in the US generally don’t do as well compared those who have private insurance. In fact, those who have private insurance in the US have a similar life expectancy to those who are the benefactors of Universal Care in Canada (according to the above cited study). Wrap your head around that for a moment.

I do have a suspicion that these statistics will begin to change, as Symdeko is readily available in the United States. I do believe Symdeko (and then hopefully the Triple-Comobo) is going to have a massive impact on the larger trend of our illness. Canada has proven that it takes valuable time to get modulators to patients, including a reluctance to fund Orkambi countrywide and a delay in funding for Kalydeco. Once Canada is able to come around, I think we’ll be back on par with each other.

Could it be argued that those who have private insurance in the US have different needs for reform in our healthcare system than those on Medicare/Medicaid? I think so.

If we dive further into this, we find other smaller groups. There are people who undoubtedly benefit from Obamacare (the ACA). That’s indisputable. What’s also indisputable is that (even before the administration changed over), people were also being priced out of the ACA. Even here we see different needs between these groups of patients. As evidenced in the comments that started this whole thing, we see CF patient and families who want the ACA to be dismantled, while other patients and families owe their livelihood to the law.

Just last week, a person with CF shared her story with me on Twitter. She noted that as she creeps closer to 26 (and losing her parents’ insurance coverage), she is going to have to consider finding a new job or going on Medicaid because her employer doesn’t offer a reasonable insurance plan for CF. It goes without say that she finds herself in an unreasonably difficult position.

At the same time, we also see people with cystic fibrosis working full time in relative harmony as far as their coverage and care go. People search for jobs based on plans and coverage, while maintaining a health work/care balance.

These groups of patients have different needs.

I could continue with this all day – college educated vs. high school diploma, single vs. married, and on and on and on – I mean, hell, we could get into the genetic differences, residual function (CF lite) vs. minimal function (full blown CF!), but to avoid sounding like a broken record, we’ll stop here.

My point is that although we are community, we have individual needs within our community. I’d be willing to bet that YOU know what has worked and has not worked for you as far as care and coverage go. For that reason we find ourselves getting into very passionate discussions about care and coverage. No one wants to be priced out of anything. For example, when we talk about implementing universal care, those of who have relative harmony in our current system see that as an unnecessary disruption and increased tax, while those of us who have extensive barriers under our current system want, more than anything else, easy access to coverage. At the same time, adults often feel alienated when we talk about pediatric life expectancies before disease progression. To that end I think it’s important for YOU to advocate for what YOU know works in your current (and long term) situation.

It’s beyond naïve for us to believe that there is some uniform blanket policy that would benefit all of us. There’s just no way. Our individual needs CERTAINLY outweigh everything else. Self-preservation is the end goal for all of us (why else would we spend 2-3 hours a day doing treatments and working to remember every damn pill?), and as such we need to push for the things we need on an individual level, as well as a community level.