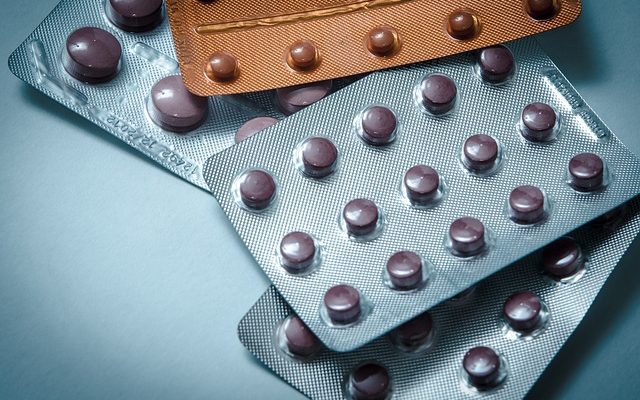 The “Great Pfizer Drug Pricing Saga of 2018” looks to be coming to a close! We’re operating outside the realm of cystic fibrosis here, but I think this is a pretty wild story in the healthcare sector… one I think may or may not have an impact on us somewhere down the line.

The past 24-30 hours have been pretty wild. It all started when the President fired off this tweet:

Pfizer & others should be ashamed that they have raised drug prices for no reason. They are merely taking advantage of the poor & others unable to defend themselves, while at the same time giving bargain basement prices to other countries in Europe & elsewhere. We will respond!

The tweet in question was in response to Pfizer increasing list prices “last week on more than 40 medicines by more than 9 percent.”

The response to all of this was a bit mixed. Whenever consumers hear that their prices are going up, there’s going to be outrage somewhere along the line; Pfizer’s stock price initially dropped, but eventually recovered; and Industry experts warned that it’s actually a bit more difficult for the government to intervene in this kind of thing than one may think.

When most people talk about drug prices they are usually referring to list, or wholesale, pricing. But consumers with insurance do not actually pay that price. Instead, their out-of-pocket costs are determined by a series of behind-the-scenes deals between drug makers, health plans, and pharmacy benefit managers, which negotiate insurance coverage.

And these deals are predicated on rebates, which are generally tied to list prices. Basically, if list prices rise, so do rebates that flow back to pharmacy benefit managers and health plans, which means there is really no incentive for prices to drop.

“Given the way the system is structured, it’s incredibly difficult, if not impossible, for manufacturers to lower list prices,” explained Adam Fein, who writes the Drug Channels blog. “Unlike a consumer product, where a reduction would just flow through the channel, a reduction here would disrupt an entire system of contracts.”

“The economics are weird,” he continued, “but the problem is that consumers, in general, are exposed to a phony price that doesn’t reflect real transactions.”

While that’s probably the best description I have seen regarding the disaster that is the interaction between consumers (patients), drug makers, insurers and pharmacies, it also underscores the many many layers that need to be peeled back if we want any sort of reform.

Then, suddenly within the last few hours we got this tweet:

Just talked with Pfizer CEO and @SecAzar on our drug pricing blueprint. Pfizer is rolling back price hikes, so American patients don’t pay more. We applaud Pfizer for this decision and hope other companies do the same. Great news for the American people!

Did Pfizer actually scale back? Sort of… at least for the time being. Pfizer released this statement:

Following an extensive discussion with President Trump today, Pfizer’s Chairman and CEO Ian Read announced that it will defer the company’s price increases that were effective on July 1 to give the president an opportunity to work on his blueprint to strengthen the healthcare system and provide more access for patients. The company will return these prices to their pre-July 1 levels as soon as technically possible, and the prices will remain in effect until the earlier of when the president’s blueprint goes into effect or the end of the year – whichever is sooner. In addition, the price declines the company took as of July 1 will remain in effect.

In the end, we get a complex, “sort of” win for patients – complex because of the nature reimbursement and “sort of” because the price increase (that doesn’t actually mean anything to patients) is being deferred.

Remember… insured patients rely on the deal brokered through the pharmacy benefit managers, not list prices.

This, my friends, is a classic example of self-regulation. The government issued a threat (which I suppose you could argue over the ethics of doing) using the media’s very bright spotlight, and Pfizer responded without the government actually intervening.

What’s my big take away from this? Well, Pfizer is a household name (quintessential big pharma – somewhat different from what we generally deal with in CF), so I think by virtue of them being the target, the government (President Trump) can look like “the good guy.” Pfizer on the other hand, also comes out on top here. They went right under the bus, but they surely don’t want to screw the average American, so they lower their phantom prices (that actually mean very little to patients), and everyone walks away feeling happy and patriotic.

So did the government do anything? No.

Can the government actually regulate drug pricing? Well… Who do you think brokers Medicare and Medicaid prices come from?

In the end… we all just lived through a very peculiar drug-pricing situation at the highest levels.


Monday Morning Thoughts: My First Intestinal Blockage, Teaching a Puppy to Swim, and Team Boomer On Top of the World!