Prior Authorizations Might Be the Stupidest Things in Healthcare 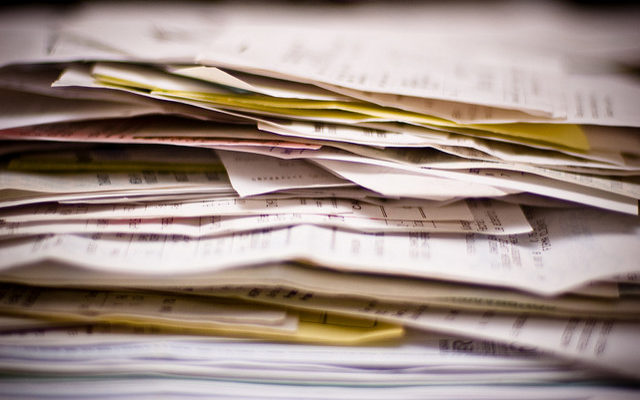 Prior authorization, the two dreaded words that all of us hate and fear in healthcare. It’s part of the common healthcare vernacular, we hear it all the time, and, in a way, we sort of expect it.

What is a prior authorization? I mean do you even know what it is? Other than the fact that the pharmacy tells you that you need one when they can’t fill a prescription.

The problem is made no more obvious than by the simple fact that the description of a prior authorization changes with whomever is you’re asking. Pharmacies say that prior authorizations are cost saving measures, insurers say that they are a way to find out if a medication is medically necessary and appropriate, doctors and care teams say that they take away resources that would otherwise expand patient care, and patients usually say that they are a barrier to accessing medications and care (at least that’s what I say).

The actual reason we have prior authorizations, at least the reason given to us from the group who requires them (insurers and pharmacies), is to make sure patients are getting the appropriate medication in the most cost-effective way. Maybe they play a role in the average everyday world of healthcare or unethical prescription practices, but in the world of chronic illness, I say that’s a peculiar statement. Why would an insurer be concerned with a medical decision? After all, my care team is in charge of medical decisions, that’s why I hire them for their services. I don’t pay into my insurance for medical opinions, rather I pay for them to cover my care team’s medical opinions.

Maybe your infection is resistant to Tobi and you’re prescribed inhaled Colistin to treat it. You call your specialty pharmacy, and they say they aren’t able to dispense the medication without a prior authorization. They tell you that they have contacted the clinic, but haven’t heard back, so maybe you can call the clinic too? When you call the clinic, they tell you that they heard from the pharmacy, but are having trouble putting the PA through. Here’s what happens next… On the outside, sure inhaled Colistin and Tobi are similar – they fight bacterial infection in the airways – but in the petri dish, the outcome is very different (at least in your case) – Colistin works far better in controlling your pseudomonas colony than Tobi does. Sadly, in this made up scenario, formulated Tobi is less expensive than the tools required for you to mix – syringes, sterile water and powder medication – and inhale Colistin. So, your PA for Colistin is denied and the insurer is pushing you towards taking Tobi instead. Eventually your health suffers, because after a week of this nonsense you give up and decide to take Tobi because you need something. Of course, the month of treating your pseudomonas with Tobi isn’t quite as effective as it should have been with Colistin. Next thing you know you’ve got a cough, so you’re prescribed oral Levaquin, but after 2 weeks the pills can’t quite kick the cough. Now you’re in outpatient billing, and after an hour of trying to push a prior authorization through for a PICC line insertion procedure in Interventional Radiology ahead of 3-week course of IV Colisitin and Ceftazidime, IR calls down to billing to say that you’ve missed your appointment and you’ll need to come back next week, since today is Friday and they don’t have outpatient procedures on the weekends.

The whole thing is a disaster. It doesn’t take a genius to see that prior authorizations are a cover (as one of my Twitter followers said) for the “exchange of money between multiple parties.”

Agreed. Very frustrating. I hated being on the inside of the pharmacy explaining it to patients. It's a perfect example of the issues of our healthcare. The exchange of money between multiple parties. Ugh https://t.co/a3OS7WbduA

In my experience, it’s not uncommon to see a denied prior authorization request comeback from the insurer – granted more times than not, they come around and eventually approve the medication I need – but why send us through the ringer? Does it not make us sicker when we go without medications? Would that not make future care more expensive for everyone involved after my illness progresses from lack of care?

The simple fact is that in cystic fibrosis we deal with specialty medications (quite a few that we’ve been on for years at a time), of which there are few substitutes or different options, and even when there are other options, they usually aren’t 1:1 equivalents (meaning exact effectiveness – for example different brands of enzymes. We have multiple options for lipase supplements, but the way they work in individualized scenarios are not equal across the board). I mean you damn well better believe that if we had 1:1 equivalent options, this problem wouldn’t exist. Patients (and care teams) know the medications that we need to survive, succeed and persist in the face of chronic illness.

Because of the above line of thinking, we are victims of the larger healthcare landscape. In a larger, more common illness, 1:1 equivalents do exist. Maybe your insurer won’t cover Viagra, but it’ll cover Sildenafil.

It doesn’t quite work like that in CF (see our above scenario).

Ultimately this is a cash saving measure for insurers (and government reimbursement agencies). This isn’t too much different from, say, the UK government not willing to pay their fair share to cover Orkambi for CF patients. In that case patients are arguing with a government, with PA’s we’re arguing with an insurance company. Pick you poison, I suppose. The problem is going to transcend any type of healthcare, hell, any type of business.

That’s the plain and simple of it. There’s always going to be a hurdle when money is changing hands. It’s like paying for a new car – you know the value you want to pay, and the dealership knows the value they want in return. The same principle applies in healthcare, except we’re dealing with living people and not cars, so it’s totally inflamed. How much is an insurer (or government) willing to pay to keep you alive? Is that what a prior authorization really is? Within the scheme of chronic illness… yes.

To that end, yeah, I think insurers need to be cognizant of what they’re spending. They’ve got a business to run too, but they also have customers who demand satisfaction, and they shouldn’t be pretending to be something they aren’t – medical staff offering care direction. Insurers must see the long-term trajectory of chronic illness patients. Fight to prevent illness progression, spend now to save later. That’s your answer.

Some discussion that we had on twitter surrounding the topic:

Prior Authorizations might be the stupidest thing in healthcare. Of course the medication is necessary… why else would it be prescribed to me???

Even dumber when they medication was previously approved. Been waiting for three months for Ondansatron, yes insurance company I've tried all your alternatives that don't work, we've been down this road before.

I have ulcerative colitis. I'm 4 weeks late for my infusion treatment because of a prior authorization. :/ Feeling like shit. (PS – I've been getting this med for 8 years)

As a pharmacy technician, it's one of my most dreaded phrases to repeat. I absolutely hate when an insurance company "requires" a prior authorization for a medication a patient has been on their whole life. Just pay for it and let me help my patient.

The BEST is when they want them every 3-6 months on a medication that you’ve been on for your entire life and will continue to be on for you the foreseeable future.

It’sso stupid. I remember having to get Prior Authorization for my pregnancy. I said to the woman on the phone, “so what do I do if you tell me I’m not authorized to give birth? Just hold my knees together for as long as I can?” She didn’t have an answer to that.

For CF patients with care centers who know what they’re doing, you’re right. But in the PCP world, you’d be surprised how often meds are prescribed unnecessarily.


Monday Morning Thoughts: Planning Ahead, Being Spontaneous and Announcing a New Guest Column!