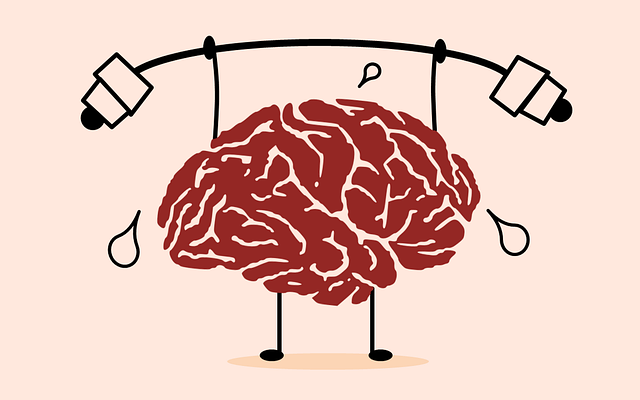 We’ve got a new column coming at you! My girlfriend, Darcy, is going to take over some space on the blog to write about the significant other’s perspective in a cystic fibrosis relationship. She’s also going to use her training as a social worker/psychotherapist to tackle some mental health topics in the world of cystic fibrosis and chronic illness. This column has been a long time in the making – Darcy has accompanied me on trips to CF Family Days and other events (plus she’s been in my life and has been talking to other people with CF for several years now) – and to complement it, we will be giving her a platform on Breathe In Podcast as well!

Let’s talk about mental health! When I first started dating Gunnar a few years ago, I asked him what kind of mental health treatment he received during childhood. Much to my disbelief, his answer was “uh, what?” He didn’t understand what I was asking. Upon further exploration, I learned that no one on Gunnar’s care team had ever asked him about his mental wellbeing while he was growing up.

I guess I should back up for a second – the reason I was prying into Gunnar’s personal life in such a nosy way is because I am a psychotherapist myself. I specialize in trauma and anxiety, and I like to think that gives me license to be nosy to my boyfriend. 🙂

My nosiness is underscored by lots of new research that suggests chronic illness and medical treatment can have a huge impact on mental health, and can even elicit symptoms of Posttraumatic Stress Disorder (PTSD). Take this article in Newsweek or this story on CBC.

PTSD is a mental health disorder that one may develop after experiencing or witnessing a life-threatening event. When we hear the word PTSD, most of us think about military veterans who have difficulty assimilating back into regular life after exposure to war. We think of veterans who break down into a panic attack at the sound of a firework that reminds them of shots being fired, or veterans who become insomniacs to avoid paralyzing night terrors that bring them back into combat.

After being exposed to the threat of death, those who go on to develop PTSD may have any of the following symptoms or behaviors:

PTSD is a misfiring of the fight-or-flight response. For example, a soldier has a fight-or-flight response during combat. His adrenal glands start flooding out adrenaline and noradrenaline… his heart rate goes up… his blood pressure rises… his breathing increases… his body is ready to take action and survive combat! It’s a good thing, until it is not. Our soldier has this response over and over through the course of war, and his brain can’t quite turn it off when he goes home. That’s when we see a panic attack triggered by a firework. His brain is on high-alert for any threats, and he can’t figure out how to turn the off-switch. The chronic dysregulation of this survival reflex is what we call PTSD.

So how does this relate to cystic fibrosis? PTSD is the result of experiencing something life-threatening, and those living with cystic fibrosis accumulate years of life-threatening adversity – hospital stays, procedures, coughing up blood, not being able to breathe. Here are some examples of how PTSD may show itself in CF:

A 13-year-old girl with CF feels significant anxiety when a classmate sneezes, for fear of catching a cold and needing to get a PICC line. She avoids her classmate and feels isolated.

An 8-year-old child becomes tense when others hug her, as it triggers feelings of being restrained by medical professionals to endure a procedure.

A college student reads a biology textbook for homework, which reminds him of his last inpatient stay. 20 minutes pass before he realizes he hasn’t read any of his textbook because he is zoning out, reliving what it was like during his last hospital stay.

A parent tries to encourage her 8-year-old son to do his treatments, when all of a sudden the child spirals into a tantrum, avoiding his treatments at all costs.

A relatively healthy adult patient wakes up in a cold sweat after nightmares about having a lung transplant, which his doctors haven’t even discussed with him yet.

A 16-year-old patient calmly waits for his doctor to enter the room, but starts to panic when he hears the doctor’s footsteps and door handle turning. He goes home and does not do his treatments. His parents describe him as “mad at the world.”

Here is another example that Gunnar gave me permission to share… Quite a while ago, Gunnar and I stayed up late watching a movie. As we were getting ready to go to bed, Gunnar’s butt started itching. I watched on as an itchy butt cheek triggered scary, intrusive thoughts about the possibility of having an allergic reaction to a medication. Those thoughts then triggered significant anxiety, and he absolutely could not go to sleep. He asked, repeatedly, “What if this is an allergic reaction to the medication? Should I call my doctor?” We stayed up late that night as I tried to ease his anxiety. As it turned out, his itchy butt was just an itchy butt.

Of course, if any of these experiences resonate with you or your loved ones, it does not necessarily equate to a full-blown diagnosis of PTSD. Mismatched symptoms of anxiety and depression are common with both trauma and with chronic illness. Gunnar, for example, shared his itchy butt experience with his care team, who was able to support him without needing to explore the possibility of PTSD.

Much like war, living with cystic fibrosis is near constant exposure to life-threatening experiences. Your brain re-wires itself to stay alive, and things like driving past the hospital, reading an article about death, or having an itchy butt can make your body react as if it is in serious danger. If you have PTSD, your brain cannot regulate when it is appropriate to go into survival mode versus when you’re just out there living your life.

What to do about PTSD?

Time for the good news – most people don’t actually develop PTSD, despite experiences of trauma. Of the over 50% of the population who experiences trauma, about 20% of the group may develop PTSD. For those that do develop PTSD or some PTSD symptoms, it is 100% treatable. If you think you may have any symptoms of PTSD, reach out to your care team and let them know. They can refer you to a mental health professional who specializes in the treatment of trauma, like myself! If you look for a mental health professional on your own (psychologytoday.com is a great resource), look for a therapist who practices Trauma-Focused Cognitive Behavioral Therapy (tf-cbt), Dialectical Behavior Therapy (DBT), Prolonged Exposure (PE), Eye-Movement Desensitization and Reprocessing (EMDR), Brief Eclectic Psychotherapy (BEP), or Narrative Exposure Therapy (NET). Each of these treatment modalities have been proven to treat PTSD. Even though mental health treatment won’t take away the stressors associated with CF, it will put you back in control of your body and its reactions to those stressors. You don’t have to suffer every time you are reminded of your traumas.

For those out there who will argue that chronic illness is not imminently threatening enough to fit into current definitions of PTSD… I say this, and you can mark my words – illness-induced PTSD will eventually become its own subset of PTSD or even a brand new diagnosis. So let’s start treating it now.


Prior Authorizations Might Be the Stupidest Things in Healthcare

Breathe In Ep. #45 – Working in Education With CF and Back to School!

RT @EricTopol: The term "breakthrough" infection is so off the mark —Most only show up because a routine PCR test was done —Rarely are ther…

“What vaccine did you get now that we don’t have to wear masks anymore? I got Moderna” https://t.co/MJP61vb3t1

RT @ashishkjha: This is real And its correct And its good The science on this is pretty clear. Vaccinated people rarely get sick and don…