Some of the Most Valuable Friendships You’ll Ever Have 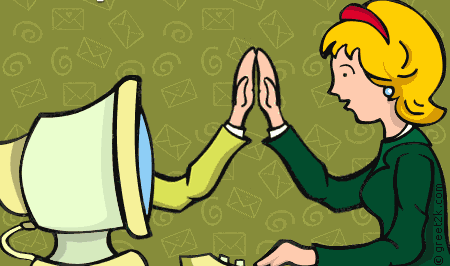 Some of my most valuable friendships are with other people who have cystic fibrosis. I don’t think it’s surprising that people going through the same thing are capable of such relationships.

We see the similar friendships blossom with people who complete AA or attend cancer support groups. Often times we are able to forge everlasting bonds between people who are forced into a similar lifestyle as our own.

I have about a half a dozen CF friends that I talk to regularly. Over time they’ve become some of my best friends, even though I’ve never physically met most of them.

Other than a pair of sisters, Molly and Catherine (whom I’d consider to be more in the “family friends” category than the CF friends category), and Jerry Cahill, whom I work with, I’ve never had any physical interaction with people whom I consider to be some of my best friends out of the fear of cystic fibrosis cross-infection. It’s really a weird thing, but it’s something I take very seriously, like when I am around Molly, Catherine or Jerry, we take maximum precautions.

As I’ve said time and again here, cross-infection is a serious concern for not only people living with cystic fibrosis, but also people who are immunosuppressed. It’s really quite a shame that we cannot safely interact, but we find ways to make it work with the Internet and technology.

When you and your friend both have #cysticfibrosis and you want to take a selfie together, but you can't be close to each other 🤔🤔

Or my podcast with the Salty Cysters!

Your favorite podcast, BREATHE IN: A CYSTIC FIBROSIS PODCAST is now available on #iTunes – follow the link in bio to SUBSCRIBE. Leave us a rating 🎖🎖🎖🎖🎖and review 👏🏻💪🏻👍🏻while you’re at it!

Or the time Catherine’s husband reached out to my girlfriend and said that he’d be more than happy to be a resource for her, which was very much appreciated.

I don’t think I ever really noticed how much my CF friendships were embedded into my life until my girlfriend once noticed that I was texting a friend at like one in the morning. I forget the exact context, but obviously my girlfriend thought it was a bit strange that I was up so late talking to someone else who also happened to be a girl. I kind of brushed it off and showed her that I was talking to a friend with CF. It was sort of a learning moment for both of us. I discovered it was probably time for me to be more transparent, while my girlfriend had to realize that I had deep interpersonal relationships with other people, and those relationships were ultimately helping me.

It’s very difficult for a person with CF to articulate to someone whose lungs are clear what the snap, crackle and pop, phantom chest pain or shortness of breath feels like. To the same point, it’s hard to describe what pancreatic insufficiency or a disjointed clinic visit feels like.

It’s also hard to talk about the constant waiting for that breakthrough medication with someone who isn’t physically enduring that wait.

I also know for a fact that it’s easier for me to open up about some of my emotional concerns to someone who has CF rather than someone who doesn’t, because I know the patient feels the exact same way that I do.

I’ve always said it’s very different to be the person coughing up blood than it is to be a third party to that kind of thing. There’s so much to gain from shared experiences that it’s hard to overlook the importance of friendships between patients.

That doesn’t mean it isn’t hard, though.

For the past decade Facebook has allowed me to communicate with patients all over the world (thus the birth of the CF Around the World blog series). More specifically it has allowed me to stay in touch with the same patients over a number of years. I guess that’s good and bad.

The more difficult side of this (I don’t want to say negative, because having known someone is never a negative… relationships always enhance someone’s personality) is that I’ve talked to a handful of people over the years who are no longer with us. There is no way I ever could have imagined that would be the case when I was 14 or 15 years old sending out friend requests or accepting them in return. At that point in my life I probably assumed I, along with everyone else my age, was invincible.

I think I’ve probably lost at least a dozen people that I’ve really known over the years – some older than me, and others who are younger. It doesn’t get any easier. I’ve also seen Facebook connections and old friends grow sicker and sicker as they teeter towards receiving a transplant.

It’s impossible not to put yourself in their situations. After all, the thing that connects me with my CF friends is CF, and that’s what’s trying to kill us.

On the positive side of things, though, I’ve really been able to learn a lot from everyone, including those who have passed. I’ve also had what I like to call my “CF mentor.” Close to 10 years ago I connected with Amy, who is a bit older than I. She was actually a BEF scholarship winner back in the OG days of the scholarship program, and I think she reached out to say thank you.

Little did we know that we’d become great friends.

We have stayed in touch over the years, and she has really shown me the way through a lot of things. Of course I’ve never actually met her, so in reality this could be an ALL TIME catfish situation, but I think it’s one of the most important friendships that I have. We like to bounce experiences, treatment options and ideas off each other all the time. She’s also like me in the sense that she doesn’t like to hold back her opinions – sometimes the truth hurts, but often that’s exactly what I need to hear. We also butt heads, which I think is a good thing since a singular line of thinking has never helped anyone. In fact, she just recently got married, and while that was certainly one of the happiest days of her life, I found incredible joy in her day as well.

Living with a chronic illness is really very much a black and white thing. You either feel great or you don’t, and having a friend who knows what that feels like AND can also treat you like that, is invaluable.

Amy is also the one who taught me that having a social life, really a life outside of cystic fibrosis, is incredibly important. Too often do I see people who are totally consumed with their illness to the point where they isolate themselves from the outside world. I think that kind of behavior is the result of both the interconnected world that we live in as well as the stress of the illness. Combined, people can dive too far into these CF relationships, which can be a very dangerous thing.

I am totally grateful that a person with CF was the one who turned me away from that line of thinking during my formative years. I’m capable of having amazing friendships with people who have CF, and those who don’t. It’s a fine balance that I really think is important in my life.

I obviously share my CF experiences with my healthy friends (who, ironically enough, actually aren’t that healthy… I’ve had one friend get brought back to life in an ER, two who have had heart surgery and a girlfriend who arguably spends more time in the hospital than I do), and my real life experiences with my CF friends. I think my character has only benefited from that kind of balance and collection of shared experiences with my friends.

If you’re going to take just one thing away from this blog, it should be this…  If you think you’re going through hell alone, you aren’t.