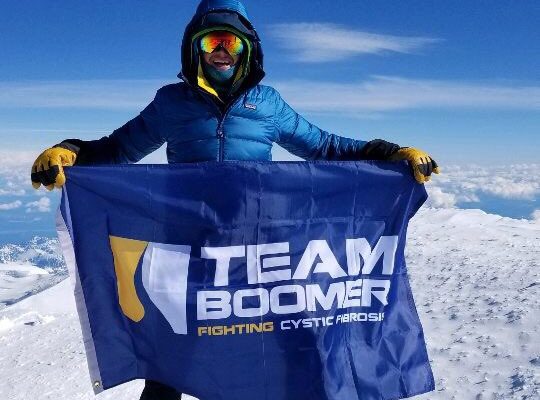 The respiratory side of cystic fibrosis gets most of the play, but I think the GI side is arguably worse. I’ve had my fair share of GI issues over the years from pancreatic insufficiency, to acute pancreatitis and 7 years (and counting) of g-tube feeds. Pancreatitis was the worst thing I’ve ever experienced. My heart really goes out to the people who deal with chronic pancreatitis. Over the weekend I was fortunate enough to add partial intestinal blockage to the list! I figure 27 years of life before my first battle with DIOS isn’t so bad. At least that’s what we think it was. I’m one of those people that is far too stubborn to go to an Emergency Room unless it’s a serious emergency. I mean we’re talking red alert, crisis emergency, which, sadly enough, has happened before. I didn’t think I was going to die, so no trip to the Emergency Room this time around. The pain started last Tuesday afternoon, and continued through Thursday evening. The hint that indicating a blockage and not pancreatitis was that it suddenly passed. Here is the horrendously gross sequence of events:

More than anything else, I felt vindicated in NOT going to the Emergency Room. I called the clinic the next morning and it was determined that I likely had a partial blockage, since I had been going to the bathroom (poop) throughout the course of the above 10 step process. We say likely because it’s something that happens to people with CF and the symptoms and sudden resolution fall in line with it, but there was no imagining or labs to corroborate the guess. For the time being, I’m fine with the guess. My quality of life is back to where it was before. If you’ve had DIOS, was your experience like mine?

Teaching a Puppy to Swim

Free of pain, we decided it was an appropriate time to teach Blink how to swim (mostly because she now fits into the life jacket that we got for her). There were some up’s and down’s, but let’s just say that initially, things didn’t work according to plan…as evidenced below.

Team Boomer On Top of the World

My college roommate, Vince, has summited Denali and snapped this pretty cool picture with a Team Boomer flag! Vince was able to raise close to $20,000 through individual sponsors in support of the Boomer Esiason Foundation fighting cystic fibrosis!