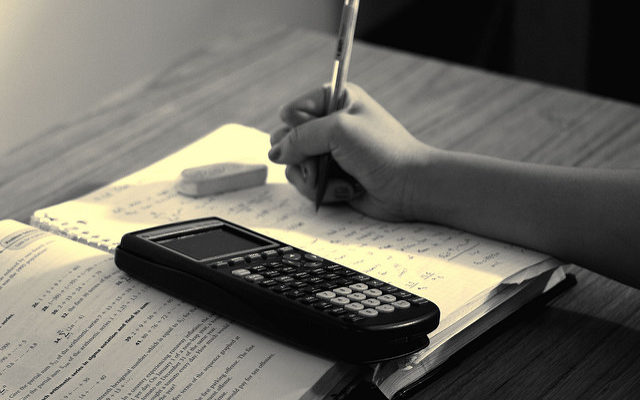 It’s been awhile since we have talked about the importance of the Americans with Disabilities Act, how we can invoke it and why it is so important we preserve its purpose.

The big story barreling through the news cycle is the so-called college admissions scandal where a number of people, including a handful of celebrities, bribed the admissions process to get their children into elite universities. Among some of the methods used to game the system was “buying” disability accommodations for the SAT and ACT. There are a lot of problems with the story at large, but this part of it really stuck out. There’s almost nothing easy about invoking the Americans with Disabilities Act – it can be awkward, frustrating and burdensome. Disability accommodations are designed to level the playing field when it comes different parts of life – standardized testing, college education, career opportunities, and may other things.

Probably the worst part of the whole thing.

Paying to exploit the Americans with Disabilities Act clouds the purpose and people it is meant to serve. I am here to tell you: it’s almost never easy to envoke the ADA when I actually need to leverage it. This makes it more difficult https://t.co/2T8pJGZMAx

When I first got to Boston College, working with the disabilities office felt like pulling teeth. It wasn’t until the end of my first year at BC when I actually felt comfortable with the process and it was only because I happened to get myself a meeting with one of the deans on campus, and she helped me set the record straight. Put another way, it took nearly a full year for me to actually get the accommodations I needed. “Buying” accommodations is wrong on so many different levels that it’s hard for me to wrap my head around it. Doing so only makes it more difficult for people like us who actually need the services. I fear it will only make the process more challenging and burdensome for us, and it could even promote skepticism for people who are trying to utilize disabilities services. I think it’s important that we share our successes and failures when utilizing disabilities services so that we can continue improving the system for folks like us who actually need it. It’s also important, now more than ever, to work to preserve its design, what it is meant to achieve and how it succeeds! By the time I had graduated from, I was able to master the process, work with my professors, deans and anyone else in between. In the end, BC was very helpful.

There are times, however, when utilizing disabilities services works very very well. Take this past weekend, for example. I had a quick trip to Charlottesville for a CF Education Day talk. I flew to and from Charlottesville on a small commuter airplane, which admittedly I didn’t love. The problem with commuter airplanes is that I find it difficult to stash all of my medical equipment since I seemingly travel with the equivalent of a small hospital in my bags. There are small overhead bins, and the room under the seat is limited on small aircraft. It’s a general rule of mine never to check any of my medical equipment (especially after the snafu with the Vest a few years ago), so as soon as I found out what kind of plane I would flying on, I went into a brief panic.

Again… @Delta on the return flight was beyond helpful. The gate agent even moved my assigned seat and had me seated in a row all to myself. https://t.co/thHFoPTSKL

My first step was to talk with the gate agent. I like to ask the gate agent for disability pre-boarding whenever I get onto a flight and I use that conversation to gauge how smooth the process is going to be. Put another way, I like to think of the gate agent as my personal advocate. I asked the gate agent to make the flight crew aware that I would be boarding first and would also need some time (and help) with the boarding process. Yes, it’s kind of humbling to ask for help, but I see no shame in it since everyone is already gazing at my N95 mask. In a lot of ways, my respirator also serve as a prop – it’s an indication to the flight crew and airline that I’m dealing with something significant, especially since you don’t normally see people walking around with N95s. On the return flight, the Delta gate agent was so helpful. She actually reseated me and had me assigned to an empty row where I would be sitting by myself. The process continues when I get onto the airplane and greet the fight attendant. I usually make mention of my medical equipment, and since he or she has already been alerted by the gate agent, that person is prepared to help. That’s kind of where it ends. Once I’m comfortably seated, I wipe down my area with bactericidal wipes, kick back and open up whatever book I’m reading. This past weekend’s flying experience on Delta was seemingly flawless!