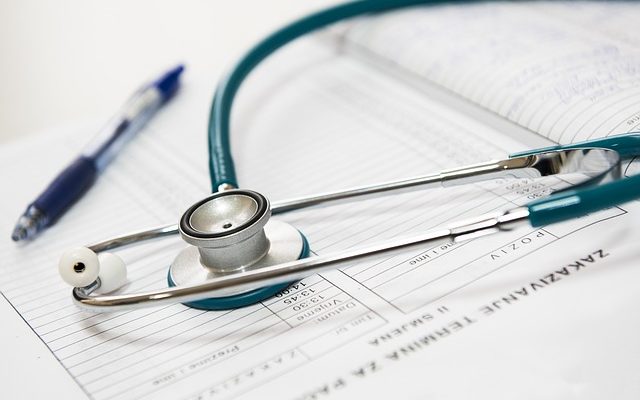 We skipped Monday Morning Thoughts last week (because… Labor Day, duh), but we’re back! It’s Monday, the NFL is off to a hell of a start, but we’ll get to that in a moment. Let’s begin with some cystic fibrosis stuff (after all this is a CF-focused blog).

How Many CF Clinics Have You Been To?

I think it should be a general rule for everyone with CF to get a consultation at a clinic separate from his or her primary care center. I’ve been followed at a number of different centers throughout my lifetime by virtue of living in a number of different states. My care started at Cincinnati Children’s, moved to Long Island Jewish and then transferred to Columbia Presbyterian. When I transitioned to adult care at Columbia, my doctor recommended getting a second team in Boston during my college years, so I spent time at Boston Children’s as well. I’m now seen full time at Columbia. That’s 5 CF centers in 25 years (I was diagnosed when I was 2), and I can promise you that there are more differences between the centers than there are similarities. Not to mention my travels from the past several years. I’ve seen the ways CF clinics operate in a number of places all over the country, from Toledo to Milwaukee, Baltimore, Denver and a bunch of places in between. Although Cystic Fibrosis Foundation has clear clinical care guideline for accredited centers, I can tell you with supreme confidence that the guideline is used very loosely. The one common thread I see between centers is the lack of support of mental health issues, and that’s concerning given the recent emphasis in the area. Beyond the few positive similarities – robust teams, active patient voices and the like – the differences between centers are vast. Infection prevention protocols vary, accessibility to clinical trials is anything but consistent, visits are structured in unique ways, some places don’t allow for home IV’s, and the general routine is never the same, just to name a few. I think we’re in a world where patients just assume they are receiving the best possible care, and maybe they are, but how do you really know if you’ve never seen the way other clinics operate?

The Anti-Vaxxers Are After Me!

I love the anti-vaccination crowd. They sound more and more idiotic with every word that comes out of their mouths. I got hammered on social media yesterday after posting my blog post urging people to get their flu shots.

You can see some of the comments here:

GUESS WHAT, PEOPLE?!? 💉💉💉 IT'S TIME TO GET THOSE FLU SHOTS. 💉💉💉 For the love of God, please don't be an asshole and skip out on it. Those of us with chronic respiratory illness DEPEND on you to get your vaccines, not to mention people who are immunosuppressed – patients who are post transplant or undergoing chemotherapy – and CANNOT get a flu shot. This is bigger than you, and it's bigger than me. Get a damn flu shot and protect yourself, and others from this somewhat preventable illness. #vaccinations #flushot #spoonie #chronicillness #cfirl #cffighter #podcast #cysticfibrosis #respiratoryillness #cf #cysticfibrosisawareness

The part about getting blasted on social media is nothing new. I post unpopular opinions all the time, that’s what I get for telling it how it is, but the feedback I got yesterday was laughable. We had people offering pseudoscience, blaming big business, making shit up and perpetuating unproven myths. I love, above all else, when the anti-vax people use individualized anecdotes to try and prove a point to the generalized population. My favorite comment, though was the one on Instagram about the CDC failing to offer justifiable proof of the flu shot’s effectiveness… spoiler alert, I found proof on the CDC’s website in about 15 seconds.

I can’t remember the last time we had as exciting of an opening week in the NFL as we had yesterday. From the shootout in the Saints-Buccaneers game to the great finish in Andrew Luck’s return against Cincinnati, and then of course the historic game in Green Bay last night, NFL Week 1 did not disappoint.

I think the Chiefs might have the most explosive offense in the NFL this year, led by 2nd year quarterback Patrick Mahomes. If Mahomes is available in your fantasy football league, you must ABSOLUTELY pick him up. I think a lot of fantasy drafts overlooked him since this is his first year at the helm, but I’m confident enough in his play to say that he should be QB1 in all fantasy leagues.

Cincinnati running back Joe Mixon is my other breakout player. He had a number of decent games last year, but he dominated the Colts defense yesterday – catching passes out of the back field and breaking several big runs. He will help Andy Dalton and the Cincy offense in a big way this year.

Finally, the game in Green Bay last night was simply amazing. The magic at around Aaron Rodgers’ performance reminded me a lot of the way Brett Favre played in a 2003 game against Oakland after his father passed away. It goes without saying that Rodgers’ knee injury last night was a completely different circumstance, but the emotions I felt (as a fan and owner) were certainly reminiscent to Favre’s play so many years ago.