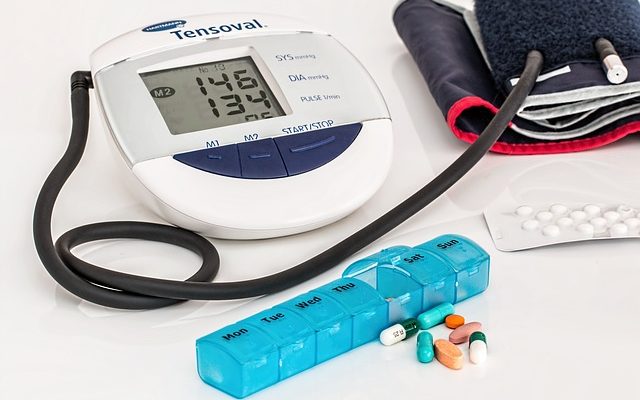 The ongoing JP Morgan Healtcare Conference is sure to yield a lot of drug development news this week, but I want to take a look at some of the recent CF news. Aside from JPM2019, the start of the New Year is when the pharma and biotech industry likes to make some juicy announcements as well, so let’s go through some of the newest info!

The Triple Combo is the big fish we’re all waiting for. Initial reports from the ongoing phase III studies are, well, amazing. The early data from the VX-659 trial boasts a “mean absolute improvement of 14%” lung function gain. We’re still waiting on data from the VX-445 trial, which, as it was announced yesterday, we can expect sometime in Q1 2019 (that means pretty soon).

Not everything is all fine and juicy, though. The general feeling at NACFC 2018 was that we were hoping for an approval in late 2019 for the triple combo following a Q1 submission to the FDA. Yesterday at JPM2019, however, Vertex indicated their goal is for an H1 NDA submission, which would hopefully yield an early 2020 approval.

…And that, folks, is disappointing. Maybe it’s a conservative guess, I don’t know?

It looks like a difference in a matter of months, but our friends in end-stage illness do not have that time. I’ve already lost one friend who was waiting very patiently for these meds to hit the market. We can’t let the rest of our friends suffer. I want more transparency, and I’d like some answers. Is this a legit delay or a conservative guess?

It’s important to keep in mind that these kinds of things are not ever set in stone. FDA evaluation, especially with a breakthrough designation, can turn around very quickly, but submissions can linger as well. Hopefully we’ll get more of a concrete indication from Vertex when data from VX-445 hits the newswire.

Vertex isn’t the only group working on CFTR activity improvement. As we (hopefully) get 90% of our patient population on these modulators, we’re going to need medications that work alongside them, or, even, compete with them. It’s a foregone conclusion in medicine that people need multiple options because no medication is going to work for everyone across the board. Proteostasis (PTI) is probably the Biotech closest to getting there.

PTI is still in early phase clinical trials, so we’re a long way off, but they have a few different compounds that look interesting, most notably, their amplifiers. While PTI does have their own correctors coming through the pipeline, they are using CFTR amplifiers as what they’re calling “add-ons.” Their hypothesis is pretty simple, PTI-428 increases the amount of uncorrected (unfolded) CFTR protein in the cell for the correctors to, well, correct. They’re saying that if there is more CFTR protein for the modulators to correct, the outcome is enhanced. PTI-801 is a corrector that increases the amount of folded CFTR protein. Both are being used in clinical trials as add-ons to Orkambi and Symdeko, as well as add-ons to PTI’s own potentiator, PTI-808.

There are a lot of big words there, I know. What does it all mean? Well it means our triple combo could end up being a 4 or 5 molecule combo if this all works in human beings as well as it does in the test tube. PTI’s investor slide deck shows what kind of CFTR activity they’re hoping to achieve with these meds. >100% normal CFTR activity would be an enormous achievement in our protein dysfunction disease. PTI says to expect results from its latest trial in Q1 of this year.

It’s a bit of a pipe dream (drug development pipeline pun!), but if we can “marry” some of these new medications to each other, cystic fibrosis will look very different in a few years.

This came from the end of 2018, but it’s my blog, so whatever. We’ve talked about Vast Therapeutics before, but they just achieved a pretty significant milestone last month. Cystic Fibrosis Foundation jumped on board the BIOC51 train and now recognizes it as a potential anti-microbial in cystic fibrosis Why is it so important that CFF is now partnered with Vast Therapeutics?

For one, endorsement from CFF is a positive indicator to potential investors. Cystic Fibrosis Foundation, although they will never outwardly admit it, wields enormous financial power. They will never be the sole entity to fund cystic fibrosis drug development, so when they support a project it usually opens the floodgates to outside investment. Vast is not publicly traded, but this endorsement from CFF certainly opens up a path to an IPO, and extensive funding for their projects and (hopefully) future development.

The other positive here is CFF’s role as a venture capitalist. This more of a broad statement (especially since I don’t know the details of this partnership), but the way we make a difference in CF is through Venture Philanthropy. The fundraising any charity does could never, in a million years, match the returns on the investments Cystic Fibrosis Foundation makes within these small startup companies. Our pipeline is robust because CFF has turned grassroots fundraising into a financial tool to exploit our health care system.

Others to look forward to

Corbus Pharmaceuticals is probably the hottest up and coming developer in cystic fibrosis at the moment. Their anti-inflammatory compound, which has use outside CF as well, continues to turn heads. I’m expecting good things from them in 2019.

Keep an eye on the researchers at Yale University developing phage therapy for use against multidrug resistant bacterial infections. The grassroots support for the ongoing research there has been nothing short of amazing. The group is accessible, and has been connecting well with the patient population. Patients and families across the country have been sending sputum samples to Yale for continued research. Through their emergency appeal with the FDA, they have been able to successfully treat a handful of patients, some of whom have been living with cystic fibrosis.