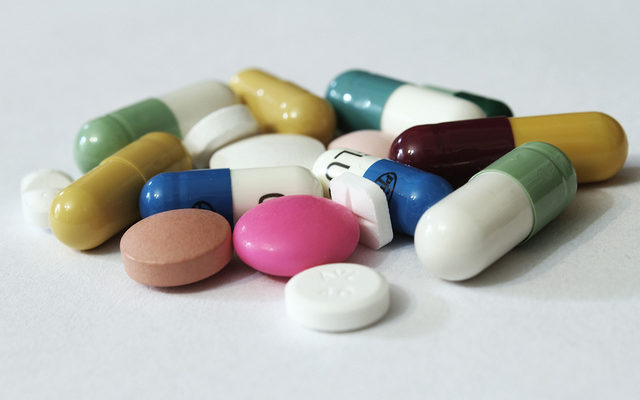 We have been beyond fortunate to see some really positive news coming from the Pipeline over the past couple of weeks and months.

Vast Therapeutics is “a preclinical stage pharmaceutical company focused on delivering the power of nitric oxide (NO) in a synthetically derived powder-based form.” Their compound BIOC51 was recently seen to have amazing results in animal testing. “BIOC51, has proven to be effective in substantially reducing the bacterial load of nontuberculous mycobacteria (NTM) in the lungs of mice in a study carried out in partnership with Colorado State University.”

What’s even more incredible is that their in-vitro testing of BIOC51 was seen to have “eradicated every bacteria pathogen…tested to date, including over 19 families of both Gram-positive and Gram-negative bacteria, 24 distinct strains of Pseudomonas aeruginosa, and 35 antibiotic-resistant strains deemed superbugs by the Center of Disease Control and World Health Organization because of their severe threat to public health.”

Now this almost sounds too good to be true. It’s also worth noting that human cystic fibrosis lungs are very different than in-vitro and animal models, but it certainly sounds like we could be heading towards a much needed antimicrobial in CF. So what is BIOC51? It is an inhaled treatment, but unlike other NO therapies making the rounds, BIOC51 is not a “gas.” The company’s president and CSO, Dr. Mark Schoenfisch, says, “Our timed released drug candidate is more effective

than conventional antibiotics and gas-based NO therapies, both of which have

efficacy and ease-of-use limitations…we believe our water-soluble powder-based drug candidate avoids…resistance due to the innate characteristics of NO itself and its multiple modes of action.”

By virtue of BIOC51 being in a preclinical stage, it will be quite some time before we know its efficacy in cystic fibrosis patients (and the possibility of late stage trials), but it does sound promising. As a general reminder, medications that have extensive potential use beyond cystic fibrosis (antimicrobials) utilize CF so that they can get through the FDA with an orphan designation, which allows for a relatively quicker review process. Personally I think this drug candidate looks good, and I am very hopeful for the possibilities, but it’s impossible to know what it will look like in human cystic fibrosis lungs until they get there.

Moving over to Modulator news…

Vertex released its earnings last night, but what I loved is that during the call they spoke highly about their goals in CF and where they stand with ongoing triple-combo trials. Looking at the transcript of the call, it was stated:

Our two triple-combination regimens that contain a next-generation corrector are proceeding rapidly through Phase 3 development. We expect to complete enrollment of our Phase 3 study for both VX-659 and VX-445 triple-combination regimens in the second half of this year…Based on anticipated completion of enrollment for both programs, we expect to submit a new drug application no later than mid-2019.

Some Wall Street analysts are saying that could signal an FDA decision by the end of 2019, which (if true) would totally change the landscape of the illness almost overnight.

$VRTX -All four triple regimen ph3 trials will complete enrollment in 2H. If positive, approval submissions “no later than” mid-2019.

That means approvals by end of 2019 very possible, if not likely.

Needless to say, it’s okay to remain hopeful. If we recall the results from phase II studies, the triple combos were seen to make a profound impact. Nothing is a sure bet when it comes to FDA oversight, but I think there’s certainly reason to be more hopeful than my usual “cautiously optimistic” stance when it comes to these things.

From there, Vertex discussed their goals in CF and CEO Dr. Jeff Leiden noted that, Vertex is continuing to develop “next-generation” correctors beyond the triple-combo therapies. He said, “Our goal is to get everyone to carrier levels [of CFTR functionality]. And as you know, even with VX-659 and VX-445, we’re quite close in some populations. And so, you should expect to see one or more of [the next-generation correctors] come into the clinic.”

All good things here, and I know it’s hard to be so forward looking, especially if you may feel sick right this moment, but it’s important to feel like there is a goal out there in the near future. If you’re one of the people whose mutations could benefit from a triple-combo (or even someone who has a need for a new antimicrobial), then you have something worth working towards. Do your best to hold yourself stable until these things hopefully come available.

I’ve been getting a lot of questions about “expanded access” into the triples and to my knowledge I don’t know of anything available for patients now. That’s not to say that there won’t be a program opening up before FDA oversight, but as of now I can’t confidently say there is or there isn’t one for patients who may not have been able to gain entry into trials. I’d have to imagine that the priority right now is to make sure all cohorts of the triple-combo trials are fully enrolled, before they start to discuss anything that like that, if at all.

The best way to great real time information about these modulators (and any other therapies for that matter) is to check in on earnings reports, official press releases and an open line of communication with your care team. There is an incentive for everyone involved to get patients on these drugs as soon as possible. You just have to hang in there as long as you can!

If you want my opinion on other potential therapies and news from the pipeline, don’t hesitate to ask! I’m always happy to write about this stuff.

In the meantime, make sure you tune in to our newest guest column, Drug Development Wednesday, which launched yesterday and will continue every other week for quite some time, as we explore what goes into making breakthrough medications available for patients!

An edit was applied to clarify the lack of news surrounding expanded access programs.


Drug Development Wednesday: What Has Taken So Long?