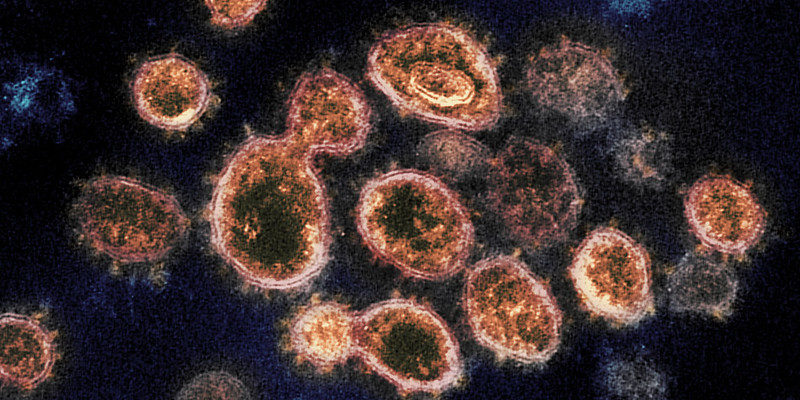 Coronavirus came to an off campus party at the Tuck School of Business. Yup – I thought rural New Hampshire would be a safe bet during this pandemic, but it turns out I was wrong.

Some of the ethical questions I blogged about a few days are feeling far more real today.

Long story short, a doctor with coronavirus (COVID19) attended a Tuck School of Business/Dartmouth-Hitchcock Medical Center Residents mixer this past Friday. It was a dance party with a live band.

Given the nature of my cystic fibrosis, it should go without saying… I am little on edge.

The sequence of events reported in the news has been a little murky, so here’s the timeline as it’s unfolded from our (the students) perspective:

On Friday (Feb. 28) of last week, there was an off-campus mixer for Tuck students and residents from Dartmouth-Hitchcock Medical Center (DHMC). Darcy and I would have attended, but didn’t. Darcy was out of town looking at wedding venues. It’s safe to say that I have never felt more validated to stay in and play Fortnite on a Friday night.

On Monday (Mar. 2), the College alerted us that a COVID19 case was isolated in the area and that the state was working to contain the virus. It was noted that the patient was a healthcare worker from DHMC. It was also said that the patient had recently returned from a trip to Italy and that the state was working to track the patient’s contact history. Meanwhile, at Tuck, we were business as usual – despite sharing the Dartmouth name, DHMC and Dartmouth College aren’t exactly tied at the hip and do not share campuses. When I returned home from classes, though, I personally felt like things were a little too close for comfort and asked the administration if I could be excused from class while the state worked to track the virus.

The Dartmouth administration and my professors were more than eager to make sure that I felt safe and accommodated.

On Tuesday (Mar. 3) morning, we were alerted that the patient suffering from COVID19 had attended the DHMC-Tuck mixer on the previous Friday. Students who went to the mixer received an email instructing them to self-monitor for signs of illness, but were considered low risk by state health officials. At that point, the administration reached out to me personally, offering their support and an excused absence from the rest of the week’s classes. Even though I was not at the party, I took them up on the offer and separated myself from the community.

On Tuesday evening, the New Hampshire Department of Health and Human Services announced that a second patient was a “presumptive positive” for COVID19. Patient #2, also an employee at DHMC, was noted to have been in close contact with patient #1, and was already in isolation.

Patient #2 was not at the mixer on Friday.

Shockingly, the state also said that patient #1 had been asked to self-isolate PRIOR to attending the mixer with Tuck students, but did not to adhere to containment. It has since been reported that the patient was experiencing flu-like symptoms as early as last Friday – the day of the mixer. It was not until Monday, March 3 that COVID19 was confirmed, however.

Today (Mar 5 just about an hour ago), Tuck cancelled all classes effective immediately after a community member started showing flu-like symptoms. The state is working to get a test done. Our fingers are crossed that it’s not COVID19.

If breaching containment is not gross negligence on behalf of the doctor who returned home from Italy, then I don’t know what is. Frankly, it has to be among the most reckless decisions a healthcare worker could ever make. Doctors take an oath to do no harm, and this (entirely preventable) negligence directly violates that oath.

In The New York Times, I expressed my shock that a medical worker (presumably a resident) could so proactively put people in harms way.

This is a learning moment, not just for the patient who went to the mixer, but for our broader population as well. Containment starts and ends with all of us – we all have to fulfill our roles.

As a person living with an underlying respiratory condition (as the news likes to call it), I am hyperaware of the implications that a COVID19 infection may have on me. For COVID19 to hit so close to home, and for it to come into my life like this, it has me in state of disbelief to say the least.

It is critically important that people realize the decisions they make could have serious implications for others around them.

I feel incredibly fortunate to have not gone to the party. I do, however, feel like I unknowingly put myself in harm’s way by going to class on Monday before anyone found out what had happened. Yes, the state said that the risk to the students was low, but here we are. The fact of the matter is that we are now waiting to see what the extent of the community spread looks. Isolations will definitely begin to expand if they haven’t already.

I am anxious for some of my classmates, and I feel some unease myself. I know my parents certainly feel it, too.

I will say that the class has taken this in stride. There is an infectious sense of unity stringing us together as we take this challenge on as one solid unit. I won’t deny that there is some tension and heightened stress around the school, especially this morning, but the fact is simple, a challenge was thrown at us and we will deal with it.

Tuck has taken this quite seriously. Over the past several weeks, the administration has taken extreme steps to protect students (including canceling all classes), and for that I am thankful. The school has also been so incredibly transparent and supportive throughout the entire process. I think it’s fair to say that most Tuckies feel our health and safety has been the school’s priority throughout this ordeal. The way our community is handling this has more than reaffirmed my choice to go to school here.

If this blog finds its way to the patient who broke containment and is dealing with COVID19 – Hanover is a small town – I truly hope you get better soon. I hope you know you made a bad choice and are ready to learn from it. COVID19 or not, bringing flu-like symptoms out into the public is a major lapse of judgment that should not befall a medical worker. Every single day of my life, I rely on an efficient and trustworthy medical industry to keep me going. For that reason, you have let me down. You have let my friends down and you have let the community down. Do better next time.

Yes, The Coronavirus Spread is Making Me Anxious