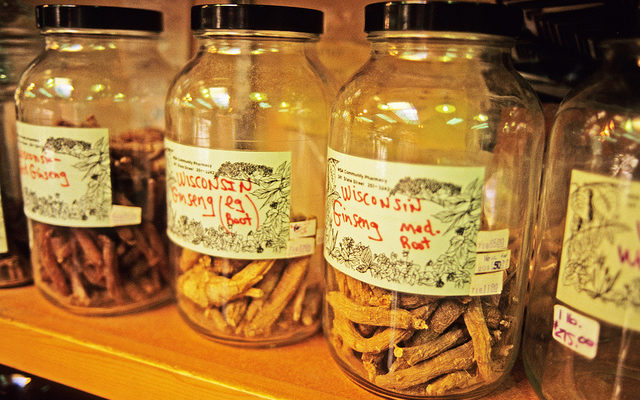 And to the surprise of no one, it infuriated quite a few people, especially the medical marijuana people, so here I am writing about it!

The article I was sharing was an IFL Science post about the results of a study that showed cancer patients are significantly more likely to die should they substitute traditional cancer treatments for alternative medicine.

Source – Cancer is a terrifying thing to go through. To then be faced with chemotherapy, which comes with unpleasant side effects and is never 100 percent guaranteed to work, can be even more worrying for some patients.

So when someone tells you that non-invasive smelling salts rather than radiotherapy is going to fix you, and there’ll be no side-effects, it’s easy to see why some people would opt for the “miracle cure”.

However, there is a reason why doctors recommend chemotherapy rather than homeopathy. When alternative therapies are proved to be effective, they just become medicine. They’re called “alternative” because they haven’t been proven in any way to work.

To add weight to what scientists have already known for years, a new study has shown that if you turn away from medical science in favor of alternative therapies to treat cancer, you are more likely to die of your disease…

The key takeaway here is that people are actually substituting scientifically accepted treatments for remedies that are not proven to work.

This is important, and while the study relates specifically to different types of cancer, it must be relevant to the chronic illness community at large.

Sure, people may have different experiences with supplements or “alternative remedies” on a case-by-case basis, but there are so many different factors when treating an illness, it’s incredibly difficult to point to one specific thing that could be making a difference.

I’ll be the first to admit that I take supplements myself, but I would never swap out my Pulmozyme nebulizer for some pills from Whole Foods or a nebulized compound from some shady website. To that point I’m not going to put something in my body without first consulting my doctor.

In chronic illness medical therapies are proven effective to a certain extent – there is no “cure” in the sense that you take something and it just goes away. The lack of absolute certainty is scary for people.

Ultimately the bacteria in our lungs are often what kill most of us, and the current antibiotic arsenal at our disposal is only so effective.

A quick Google search of bacterial infection treatment in CF reveals the classic meds (Tobi, Cayston, Colistin, etc.), but also shows patients discussing alternative ways to eradicate bacteria in the lungs. People discuss treatments in conjunction with medications we use – Essential Oils in combination with Tobramycin, for example, or alternatives on their own.

My new favorite miracle supplements in the CF world are the ones that claim to modify CFTR function naturally. Idiotic.

To that point, we also see a lot of nasty side effects from medications, so I think people are quick to reach for alternatives as a way around them, or as a way to cope with some of those symptoms.

The problem here is that the supplements and alternatives are not always subject to the same rigorous regulation that traditional medications are. Just like every other patient with chronic illness, I too have my own problems with the FDA, but they exist for a reason, and that reason is the safety of the patient.

An article on Business Insider online caught my eye this morning:

Source – The FDA defines supplements as products “intended to add further nutritional value to (supplement) the diet.” They aren’t regulated as drugs — only when a supplement is shown to cause significant harm is it called out as unsafe.

Half of all adult participants in a survey in the mid-2000s said they took at least one supplement every day — almost the same percentage of Americans who took them two decades ago. Yet research has consistently found the pills and powders to be ineffective and sometimes dangerous.

The bottom line is that people do not know what they are taking. The Business Insider article later says that the contents of a supplement under the same brand name can even vary pill to pill.

Our bodies are not a science experiment. I’m not going to stop an adult from taking whatever he or she thinks may work, but I CRINGE when I read about a parent trying to make his kid nebulize some compound that would have no place in a hospital.

I very much appreciate people telling me about their experience with X vitamin or Y compound in conjunction with Colistin antibiotic, but unless I discuss those treatment options with my doctor, I sure as hell am not putting either of those things into my body.

Unfortunately that’s part of the life we live when we’re chronically ill – people read about a supplement on some bullshit herbal medicine website and they think it will translate to an immediate cure for their friend with cystic fibrosis. Social media has put a magnifying glass on success stories that may not translate to success for everyone, and as both of the above articles suggest, they can even be dangerous.

There is absolutely no room for complacency with CF, but that doesn’t mean it’s safe to run around inhaling different things that may actually make our health worse – like marijuana. You’re probably high already if you think I’m going to inhale that shit to make my life easier, and I’m someone who thinks it should be legalized!

Yeah – it probably works to relieve some pain or inflammation that we deal with in CF. That being said, there is nothing to suggest it would take the place of the typical CF medications, and it sure as hell shouldn’t be administered through the lungs. I don’t think it takes a genius to suspect some of the potential consequences of that.

We want to believe these supplements are going to be the missing link in our health. I think we want to feel like we’ve found some buried treasure that’s going to cure us and allow us to move on in life. I mean, I try new things all the time, there’s nothing wrong with that, as long as we know what we are taking and how they may interact with the medications that are proven to work. The problem arises when these start to get in the way of our daily treatments. We can’t let that happen.

If anything… your supplements and excess vitamins are probably making your pee a lot more expensive than it needs to be.