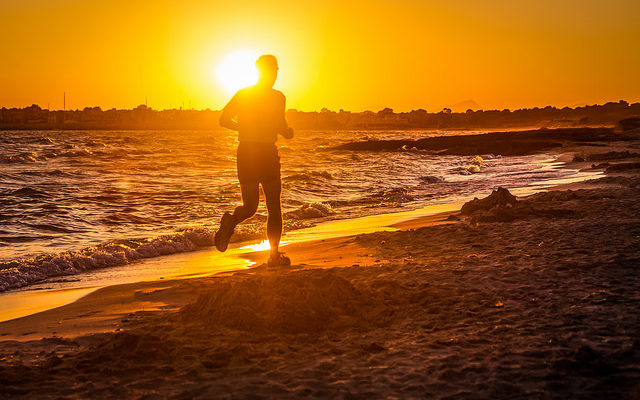 So I went for a run today, and let me tell you….. I f*cking hate running.

If you know me, then you know running is the bane of my existence, probably to the point where I’d rather stab my eyeballs out than go running.

But I went for a run, and I actually kind of liked it.

Over the weekend I sort of had a come to Jesus moment where I realized I needed to alter my exercise program to benefit my health. I have never had a problem getting myself into the gym to lift or playing hockey – I think those things are fun, and they really serve as the cornerstones of my exercise program – but I’ll the first to admit my cardiovascular conditioning has been lacking for years. To that point, I’ve had a couple pulmonary exacerbations recently, so I know something really needs to change.

Despite knowing that running is proven to have a major positive impact on people with cystic fibrosis, I have always been hesitant to jump in.

But… today I gave it a whirl.

After talking to Josh Lewellyn-Jones on the podcast last week, and hearing what he has accomplished, coupled with one of the CF Around the World interviews, where William Marler from the UK said that he used the Couch To 5K app to get started, I sort of felt the itch to get after it.

Couch to 5k (developer: Fitness 22) is exactly what it sounds like. It basically gives you an 8-week training program that gets you off the couch and running a 5k. It breaks each week down into 3 days of running, for about a half hour each session. Each session is a combination of warm-up, walking, jogging, running and cool-down.

The bottom line is that when I was younger, I used to run pretty much every day. Whether it was at football, baseball, lacrosse or hockey practice, I was running. After graduating high school, though, I have all but given up on running, with the exception of running in a Team Boomer event against my will in 2011.

Actually now that I think about it, today is the first day I have gone out for a run since that Team Boomer race. Here I am (far right) the last time I went running…. in 2011… Everyone thought I was so inspirational and shit, but it was really the worst day of my life. *eye roll*

Ultimately I know I am good enough athlete to get this done, but since I really have such a huge hate for running, I plan on updating my progress with a blog post each week. I’m hoping that will be my motivation to get this done.

It’ll be interesting (to me at least) to track both my health and progress. I don’t have a goal of entering a 5k race – God knows I would come in last – but I do have a goal of improving my health and getting to a point where I can effectively compliment my weight training with a good cardio workout. So let’s see what happens.

The good news is that when I went running today I didn’t die.

I did 1.44 miles, and I may have felt like I wanted to die about half way through, but I didn’t. So that’s encouraging.

I also made an awesome playlist – I basically figured out if I have someone screaming at me for a half hour I can make the magic happen (I hope). 
My Response to Some Gene-Editing Naysayers