Pharmacy Benefit Managers In the Spotlight 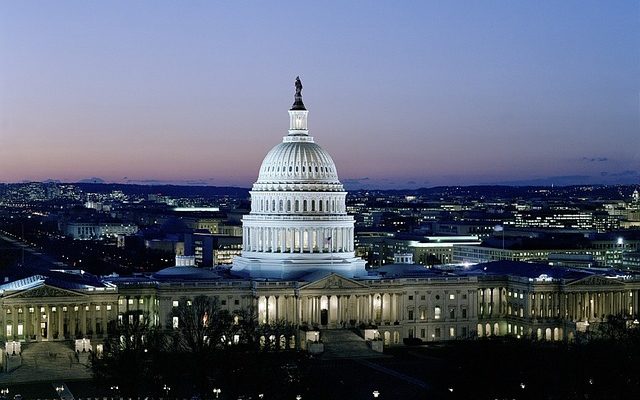 I am not someone to speak highly of our federal government, regardless of who is in power, but I don’t think I have ever felt so proud of our elected officials. Yesterday, the Senate Finance Committee, in a bipartisan effort, led by chairman Chuck Grassley (R-Iowa) and ranking member Ron Wyden (D-Oregon) called executives from five of the largest Pharmacy Benefit Managers to the stand to face a congressional hearing.

In a brief moment of bipartisanship, it seemed like our senators were actually trying to get to the bottom of the mess that is our healthcare structure in the US. In my opinion, Pharmacy Benefit Managers (PBMs) bear the weight of the blame for the pay structure fiasco we all sort of realize (or maybe you don’t even know it’s happening?) when we go to the pharmacy to pick up a prescription drug (or pay taxes to fund Medicare/Medicaid).

To get to the bottom of it, you first need to understand what a PBM is. A PBM is essentially the negotiator between payers (private insurers, Medicaid, Medicare, etc.) and drug manufacturers. Put another way, PBMs “are hired by an insurance company [or Medicare/Medicaid] or a self-insured employer…to take care of the prescription-drug coverage for that insurance plan, which includes negotiating with drug companies for discounted prices.”

On the surface, it sounds pretty good. PBMs should have the power to bring drug prices down because the massive sizes of the companies can control the market. Think of them as a negotiator who holds most of the power at the table.

The problem, however, is PBMs use a process called spread pricing to take their cut of the pie. Spread pricing is kind of a complex economic model, but the gist of it is (from Bloomberg), “where companies like CVS (one of the largest PBMs) mark up—sometimes dramatically—the difference between the amount they reimburse pharmacies for a drug and the amount they charge their clients.”

To reiterate, the client is the employer coverage or even the state or federal payer (Medicaid or Medicare Part D). Over the past year or so, a number of states around the country have stumbled upon this spread pricing model and discovered that millions of taxpayer dollars go wasted into the abyss of spread pricing, especially when patients were using generic drugs. One example from Bloomberg:

Aripiprazole, a generic antipsychotic drug that was one of the most costly drugs to Medicaid programs in 2016, was also heavily marked up in many states. While the market price for aripiprazole dropped rapidly during 2017 to about $20 a month, many state Medicaid plans, including in Ohio, New York, Arizona and Texas, were still paying more than $140 a month for the drug.

And that’s just one drug. Some states, like West Virginia, have gone as far as cutting out the PBM from the pay structure within their Medicaid managed-care programs:

In July of last year, West Virginia cut out PBMs, including Express Scripts and CVS, from its Medicaid managed-care program. By running the program itself and eliminating spreads and reducing administrative fees, it expects to save $30 million a year—about 4 percent of the state Medicaid drug spending, a state spokeswoman said.

Simply put, West Virginia had a bit of a come-to-Jesus moment where they suddenly decided they’d be able to do the same job the PBMs were doing, while saving $30 million in taxpayer dollars in the process.

Why, though, does it seem like this has suddenly come out of nowhere? The general consensus is that there is no transparency within the negotiations and subsequent spread pricing, which is ultimately leading to an inexplicable waste of tax dollars. It also seems that the spread pricing model is affecting drug makers, too, who in turn have to raise their list prices to make a profit on their end. Contrary to popular belief, though, it’s been found that drugmakers aren’t the ones raking in the majority of the cash.

The veil of secrecy is what is most concerning. A recent article from Axios kind of spells it out:

Using publicly available data and common industry assumptions [drug data firm, 46brooklyn Research] built out a rough, simplified sketch of how money changes hands for a “typical” generic drug…This drug would cost about $3 to make and would sell for about $15…So, what happens to the other $12? It’s split among the manufacturer (about $3), the pharmacy ($1.50), a wholesaler ($2), and, finally, the largest share goes to the company that manages your insurance plan’s drug benefits ($5.50).

The process is the same, but the numbers are undoubtedly very different for a brand name drug. From the same Axios article:

Humira’s [list price] is more than $58,000 per year, according to Elsevier’s Gold Standard Drug Database…Different insurance plans negotiate different discounts off that list price. All of them are kept secret. The negotiators also keep some of the savings for themselves. That number, too, is a secret…There’s a whole different pricing system for drugs administered by a doctor, and yet another system for certain hospitals.

…And for that reason, I am not a fan of our PBMs.

Yesterday in Washington DC, the senators on the Senate Finance Committee were trying to blow the whistle on these PBMs, and get to the bottom of the lack of transparency. Like most things in Washington, the hearing was more of a show, and less of a time for hard charging questions.

According to STAT, “PBMs have fiercely opposed full disclosure of the secretive rebates and discounts they negotiate, claiming such disclosures would hamper their ability to negotiate drug prices.” Which is probably why Senator Grassley said in an interview on CNBC, “Our goal is to end this secrecy, get to transparency.”

Now that this issue is in the limelight, in front of our government and circulating through the new cycle, I think we are taking a step in the right direction. It is important to note that while some states (like West Virginia above) have started to cut PBMs out of the equation, the Senate Finance Committee appeared to unwilling to legislate PBMs out of existence. I suppose, there is a feeling that these companies can do their job and actually negotiate prices and rebates that will positively benefit patients and the pay structure at large. That piece of it, though, remains to be seen, and if I am being totally honest, I’m not super optimistic about it!

If you’re still having a hard time understanding spread price, you can click the above Bloomberg link. The hyperlinked article has a cool animation that makes the process easier to understand!


I Am Going Back to School!