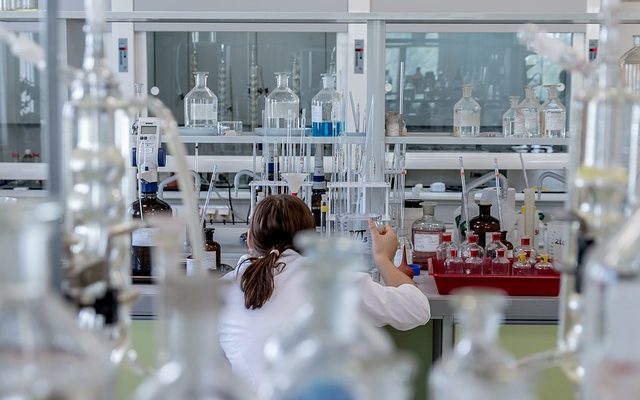 The first official Monday of Summer!

Last week the White House released a fairly broad government restructure plan, which includes a change for the FDA. The plan (as reported by STAT) proposes “a fundamental change to the mission of the Food and Drug Administration, one that would transfer most of the responsibility for regulating food safety to the Department of Agriculture and rename the FDA the ‘Federal Drug Administration.’” Essentially we’re looking at a consolidation of the D in FDA – the drug branch – and a shift in overall objective focus to oversight of “drugs, devices, biologics, tobacco, dietary supplements and cosmetics.” The administration hopes to get rid of some of the bureaucratic red tape that currently exists in the FDA (and other area’s of the government with this overhaul) because of a strange divide between the USDA and FDA when it comes to food oversight. The National Institutes of Health (NIH) will also feel some change as it’s going to absorb, “the Agency for Healthcare Research and Quality (AHRQ), the National Institute for Occupational Safety and Health (NIOSH) and the National Institute on Disability, Independent Living, and Rehabilitation Research.”

What does this mean for you? I think it remains to be seen… this won’t happen overnight and “would require legislative action” from congress. I like this. We’ve had some questionable moves from the government over the past couple months, but I think this is a good idea. I’m all for cutting through the bureaucratic BS that exists in our government and if we can continue  the FDA’s efforts towards fast tracking medications.

The meat of our fundraising season here at BEF has finally come to a close. Sure we have some one off events here or there still to go, but the big grand stuff has is finished until the fall. We had another great spring, from two Run to Breathe races (including our first in San Diego), a number of golf outings, and our gala, to the 23rd annual United Health Care Empire Challenge high school football all-star game and much more. I love the way we’re operating these days because much of what we raise goes directly to patients or clinics aside from research initiatives. Without our generous donors, great volunteers and awesome events, our Scholarship, Transplant grant and Disaster Relief programs would not be possible. Cystic fibrosis is an expensive illness and we aim to lessen the burden wherever possible in other parts of life. Aside from that we’ve taken to helping out clinics wherever possible. As the adult CF population grows, so must the clinics adapt. We continue to find new condition related issues and our facilities must have what it takes to deal with them. The clinics will forever crave resources and we aim to help whenever possible.

Do you want a worthy cause to donate to? My college roommate, Vince, is climbing Denali and supporting CF all at the same time… check out his fundraising page HERE.

This dude is climbing a mountain and fundraising money for cystic fibrosis patients and families all at the same time. Vincent… one of my college roommates, has always been a big @team_boomer_usa supporter since running the Boston Marathon in 2011, and now this psycho is going to be tackling Denali. Help support @vjlove3 in his goal of raising $13,110 (the difference in elevation from base camp to the summit). I look forward to seeing Vince fly a Team Boomer flag from the top of the world. Godspeed, brother! (Fundraising CLIMB FOR A CURE link in bio) #cysticfibrosis #cysticfibrosisfundraiser #cfirl #denali

I don’t love soccer. I’m watching the World Cup simply because it’s on and I like when the little underdog countries beat the big time powerhouses. Beyond that… I’ve got a few suggestions for FIFA to make the game better (and more appealing to Americans because we’re obviously the best).

They should allow players to change on the fly in soccer. Imagine these guys were constantly sprinting and not just standing around half the time. We’d have a hell of a game on our hands!

England scoring 4 goals in 40 minutes has to be some kind of World Cup record, right? That’s definitely not supposed to happen.

The complaining is all time in this game. Looks like the UN General Assembly out there. #ENGPAN

The only exciting thing about soccer ever https://t.co/YU6quyHXos

Belgium scored twice in the time it took me to 💩💩

Soccer needs a 3 on 3 overtime period.

The dramatics around every play are what ruin soccer

A missed shot or a foul: arms flailing, and a look of disgust comparable to finding out someone betrayed your trust on the highest level.

All joking (and my heckling) aside… I think soccer is super boring. I need violent sports… football, hockey… that’s more my speed.