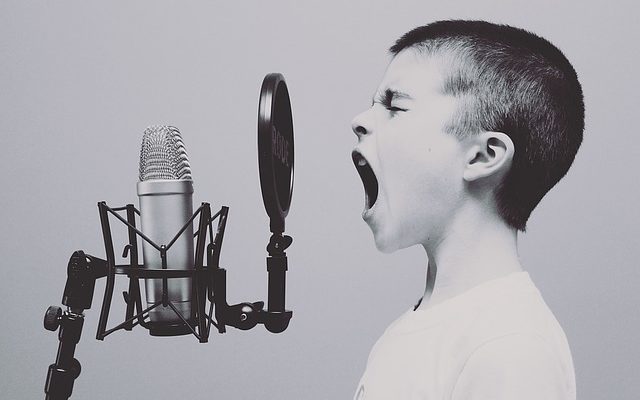 The CF voice… it’s the raspy deep voice that so many of us have thanks to inflamed airways, inflamed vocal chords, medication use and a number of other reasons. In fact, it’s actually something that has been studied. Interestingly enough, it was found to be more “pronounced” (I appreciate the pun from the authors) in women. I wonder if some of our readers can either corroborate that finding or dispute it with anecdotal evidence? Let me know in the comments!

Generally speaking, I’m able to escape the CF voice. For whatever reason my voice usually doesn’t sound hoarse, unless I’m dealing with some sort of illness or an excess mucus build up in my upper airways. The CF voice, does, however strike me once a year, like clockwork, and I’ve got it right now! I can’t imagine spending time in a hockey rink, and yelling at the top of my lungs during high school hockey games helps out my cause, but alas here we are… another winter, another lost voice.

The CF voice frustrates me, because, well, I like to talk… a lot. Recovering my lost voice almost always feels like a lost cause. Between the incessant coughing, hours of nebs and yelling in a hockey rink, I find myself fighting uphill to secure the outcome I need. It’s….annoying.

I wonder what you do about your CF voice? Are you like me where it comes and goes? When it does come around, do you treat it? Does a medication trigger it, or is it an illness that sets it off? If you’re someone who lives with the CF voice all the time, when did you notice it was part of you? Are you self-conscious of it?

I feel like this is the kind of thing that’s never really talked about (another voice pun), so let’s chat. What do you think of the CF voice?

For The First Time in 15 Years, I Didn’t Suffer a Pulmonary Exacerbation