Did Science Find an Answer to the Lack of Organ Donors? 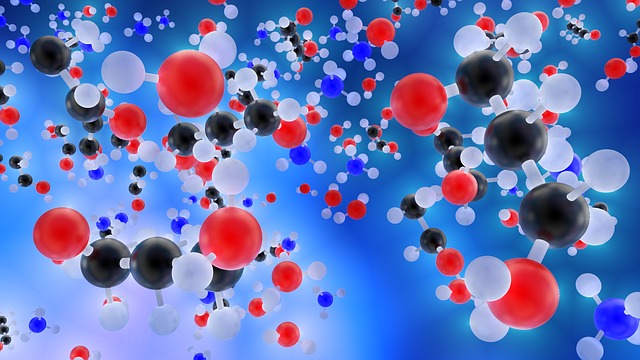 As it turns out the future is now. From National Geographic:

In a remarkable—if likely controversial—feat, scientists announced today that they have created the first successful human-animal hybrids. The project proves that human cells can be introduced into a non-human organism, survive, and even grow inside a host animal, in this case, pigs.

This biomedical advance has long been a dream and a quandary for scientists hoping to address a critical shortage of donor organs.

I came across this article last week about the successful creation of a human “chimera,” which is, “an organism that contains cells from two different species,” and in this case cells from a human and pig.

As Nat Geo points out, it’s already been done with mice and rats:

Other scientists had already figured out how to grow the pancreatic tissue of a rat inside a mouse. On Wednesday, that team announced that mouse pancreases grown inside rats successfully treated diabetes when parts of the healthy organs were transplanted into diseased mice.

This is pretty wild stuff. The process of creating chimeras is extremely complex and involves science on the cutting edge (I’ll leave that up to you to research). It’s also quite controversial as the article says, and since people love to give their opinions on these kinds of things, I’d love to throw my hat in the ring.

The possibilities here are limitless, and whether or not we have pig-humans running around remains to be seen.

For the record… I’m also on team “create a pig-bird” so we can stick it to the people who overuse the “when pigs fly” cliché. Science the shit out of that one, please.

I think this is a great move, assuming we don’t find ourselves dealing with a zombie apocalypse as a result, because that’s a very real possibility here.

Seriously, though, I’m all for advancing science to conquer the problems facing mankind, which ironically enough includes the dissenters because they are, in fact, human beings as well. So while we must respect their opinions, beliefs and convictions, I do think it is healthy to share my thoughts considering this is one of those innovations that may have an impact on the cystic fibrosis community.

There are questions behind the ethics, I’ll admit it. Combining two different species for the benefit of one is not in any way natural, and I certainly struggle to wrap my head around this, but what is natural? I don’t think the idea here is to cure death, design a brand new species (except the pig-bid – that would be hilarious) or “play God.” Rather, I think science strives to give people an opportunity to live long, successful lives. Science, in this case, means the advent of new techniques to provide organs for people in dire need.

I feel like I’m defending common sense (and using sarcasm at the same time; see pig-bid).

I look at this concept in the same realm as taking any of the dozens of medications I use on a daily basis. Many years ago I recognized that science is what keeps me alive. Every day I’m altering my very own chemistry (and perhaps creating new issues in the process) to keep breathing. At some point we have to create changes inside the human body to answer the very questions that plague us. We have to think outside of the box – and this is pretty f*cking outside the box.

The bottom line is, as Nat Geo points out, we are facing a crisis when it comes to organ donation, and we may have found our answer (which sounds like a less dramatized version of the Michael Bay movie, The Island – very forward thinking by him):

Every ten minutes, a person is added to the national waiting list for organ transplants. And every day, 22 people on that list die without the organ they need. What if, rather than relying on a generous donor, you could grow a custom organ inside an animal instead?

If we are giving people a chance to survive complex challenges, then what is the problem?

The current solution is straight up organ donation, which comes with the life threatening risk of rejection when the body’s immune attacks a donated organ. Further not everyone wants to be an organ donor (for reasons beyond me). The answer for many in end-stage terminal illness is not perfect, but it’s what we have for the time being.

We’re finally opening new doors for those people! Don’t be a padlock.

The dissenters have to yield somewhere. Science has, and is building upon, viable solutions to combat life-threatening situations. The ethics may not be what we consider to be natural, but that’s because change creates a new norm. I concede that it is difficult to learn one thing, then be exposed to something entirely new.  Life is all about getting from one norm to the next through evolving ideas and practices.

Oh… and if this does create a zombie situation – I’ll be the first to apologize to the dissenters.

P.S. I really appreciate the passion in the emails and messages from the people who are trying to turn me on to natural remedies as substitute for proven medications, but I’m not interested in the spice you found during your gap year in the Cambodian rain forests or some far of place.