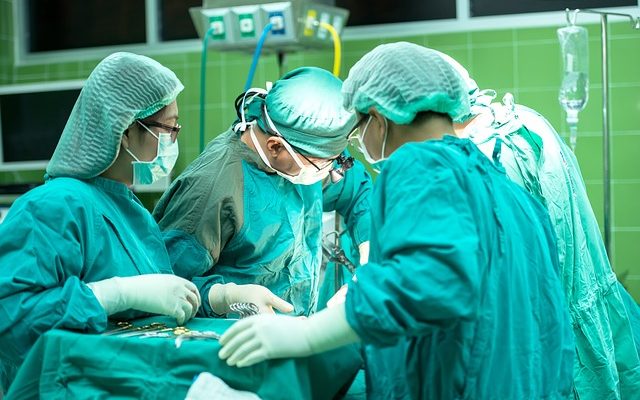 On Sunday France’s new organ donation policy went into effect, which essentially flips the conventional way people had been agreeing to be donors (via The Guardian):

France has reversed its policy on organ donations so that all people could become donors on their death unless they join an official register to opt out.

The new law presumes consent for organs to be removed, even if it goes against the wishes of the family.

There are a few ways for people to opt out of automatic organ donation, so it’s not as black and white as this makes it seem, but the new policy will flood the France’s transplant lists with new donors. This is a pretty radical switch compared to the way things used to be in France and how they currently stand here in the US. If you’re living under a rock and don’t already know how it works here, you have to opt-in to be an organ donor before you die (there are some situations where your next of kin can make that decision), otherwise it’s just assumed you will be taking your organs with you to the grave.

It turns out France’s new organ donation policy is similar to existing laws elsewhere in Europe (via The International Business Times):

Other European countries like Spain and Belgium also follow this system of organ donation and are among the countries that register [the] world’s highest number of donated organs and transplants.

I think this is great, which is coming form me, someone who is vehemently on team-Freedom Fries when it comes to anything French. If anything, this new law points to a glaring problem that exists in the rest of the world, which is that automatic organ donation does not exist in a majority of countries, because believe me, it should.

But like anything else, people still find a way to disagree with something so overwhelmingly positive.

Now I get that certain people disqualify themselves from organ donation like those who smoke or people living with a certain illness (I know no one out there in their right mind would want my CF organs) or any number of physical issues, but the ideological reasons for disqualification are insane and outdated.

I cannot wrap my head around why someone would feel the need to take his or her organs to the grave.

Neglecting organ donation is the most selfish action someone can perform, and beyond that I think even considering to hold on to your organs after death reflects poorly on mankind as a whole because it is such a widespread problem. Why must so many people die waiting for transplant when there is a viable option for survival sitting right in front of everyone? Medicine is not perfect, and it’s going to evolve throughout the rest of humanity’s time on Earth, so for the time being this is what we have.

Oh, and you don’t need your organs when you’re dead, because spoiler alert: your body turns into dust after you die, that’s quite literally all that happens. It’s not that exciting.

People are free to make up their own minds, but maybe, just maybe, text written thousands of years ago isn’t the best place to look for advice on organ donation. You know exactly what I am talking about. Do you actually think people living in a time when literacy was a luxury had the frame of mind to contemplate the act of removing an organ from a dead body and putting it into a very sick person to save his or her life?

Perhaps when we pray for someone who is dying and in need of a miracle, that miracle is an organ transplant.

Or perhaps, when we pray for our legacies to continue long after we die, that legacy is a second chance at life for someone in dire need.

I can confidently tell you that after having had the pleasure of meeting dozens of people on the receiving end of a transplant there is no greater legacy in the world for someone to leave an organ donation.

I write this as a citizen of the world, not as a person with cystic fibrosis – stop living in the Dark Ages and join the 21st century. Embrace France’s new law. We have an answer for hundreds of thousands of sick people out there. The answer is inside you.

Hopefully you will never be in a position to be a donor, but you might be.

Advocate for a policy similar to that of the one in France to be adopted in the US and the rest of the world.

Your organs are beyond value. Don’t take them with you to the grave, you will not need them when you die, someone else will; this much, I can promise you.

Here’s the (kind of bizarre) little video France’s organ donation community is putting out there for people to learn about the benefits of organ donation, and if you know how to speak French like I do (shocking, I know), you can watch too!

Making it Matter Ep. #21 – Cystic Fibrosis as an Invisible Illness