Use a Movie Title To Describe Your Last Bowel Movement 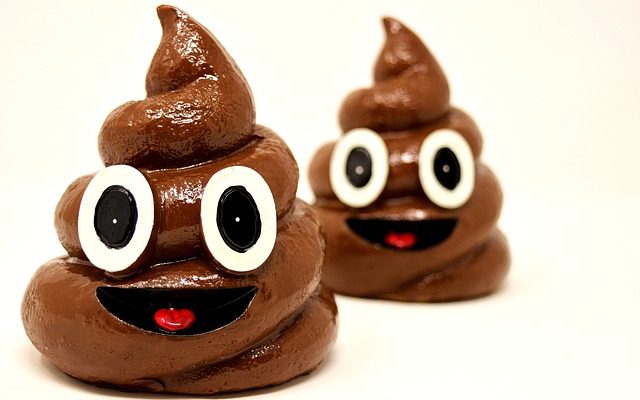 Standby for a poop blog!

Yesterday I was at clinic for a routine visit, and part of that visit included a sonogram. Actually… believe it or not, October is Medical Ultrasound Awareness Month. Did you know that? I didn’t.

Anywhoooo…I decided to make light of that part of my trip and play a little game.

The game is called, Use a movie title to describe your last bowel movement, and it’s actually the brainchild of Somer Love. I was talking with Somer the other day (LoveToBreathe) and she encouraged me to play this very fun game with some of my followers on Facebook and Twitter.

Before we get into the results of said game, allow me to pontificate about CF bowel movements for a moment.

Sometimes pooping is easier said than done, and quite frankly, other times, it’s a hell of a lot easier done than said. There are greasy poops, rock hard poops and watery poops.

Some poops aren’t ever quite “finished,” and we find ourselves running in and out of the bathroom all day long.

Sometimes the urge to poop will come out of nowhere, and other times everything runs on schedule.

On top of all this, you’ve got feeding tube poops. Those are the biggest poops of all.

The worst poops, though, are when nothing comes out at all. It’s kind of like a traffic jam on I-95 heading towards the George Washington Bridge at 5pm – a long delay that frustrates everyone involved.

I like to think that I have control over when I poop and how much I do poop, but that’s more false hope than anything else. One day I’ll finally admit to myself that the regularity of my bowel movements is as much of a mystery as what happened to Jimmy Hoffa.

Back to the game now…

I got a number of great responses. I also think it is great how candid people are when they’re talking about their poop.

Here are some of the responses from twitter – and I’d like to point out the nice contrast we have between personal experiences… some people are having an easy time going to the bathroom… and others… well… aren’t.

A Nightmare on Elm Street😂

A Star is Born

You can see more on the parent thread:

In honor of my sonogram at the clinic today… let’s play my favorite #cysticfibrosis related 💩💩💩 game.

Use a movie title to describe your last bowl movement.

I had a few bowel movements yesterday… so I used a few different movies to describe my poops. Apocolypse Now was my choice on Facebook, because if I had to imagine what the set of that movie smelled like, it probably wouldn’t have been too different than the way my bathroom smelled after that bomb.

My choice on Twitter was 40 Days and 40 Nights because after my apocalyptic sh*t, a few minutes later I went back into the bathroom and strained for quite some time. Quite the roller coaster of emotions as your could imagine.

And there you have it… so now it’s your turn, if you had to use a movie title to describe your last bowel movement, what would it be?

P.S. — For your own health and personal wellbeing, don’t EVER type “funny poop picture” into Google