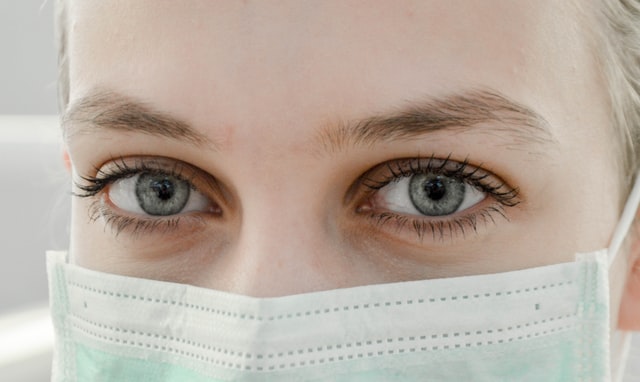 My timelines are on fire with the wonderful news out of the North American Cystic Fibrosis Conference that Median Predicted Survival in cystic fibrosis has been raised to 50 years old thanks to a hell of a lot of progress that our condition has made over the past several years. It’s not lost on me that this is happening during the worst global health crisis in a century. It’s amazing.

What does it mean, though?

I’ll be the first to admit that survival curves are hard to think through. Hell, I’ve seen a room full of graduate students struggle with understanding how to interpret survival curves, predicted mortality, predicted survival and life expectancy. I’ve been there myself.

If you’ve been a long-time reader, you know that I’ve long thought that survival curves do nothing more than to show the progress in a given condition rather than really represent lived experiences for patients. Admittedly, now that I’ve taken a few epidemiology classes, my opinion on them has changed a little bit. In truth, the CF Foundation’s registry has done a great job of predicting and tracking survival and mortality for a long time. That said, there are a lot of nuances about survival curves, which ones to use and how to represent the information that is sometimes lost in the way these data are presented.

Now for my hot take. This survival curve is going to be wrong.

Median predicted survival in American cystic fibrosis patients grossly underrepresents what is going to happen when highly effective modulator therapy reaches the youngest of children. In a few years’ time – assuming all regulatory work goes well – this survival curve is going to explode. Why? Well need to understand what it actually means.

The way you’d “say” median predicted survival across American cystic fibrosis patients in plain-speak is like this (adapted from the linked paper):

The estimated median survival age is the age beyond which we expect 50% of people with CF born today to live, under the assumption that recent age-specific mortality rates will hold for the rest of their lives.

Really, all this is a static snapshot in time (I might take criticism for that, but whatever). It assumes no further development in therapies or progress – which we know is a bad assumption. I think it’s going to be readjusted up because our survival data hasn’t captured the full benefit of Trikafta just yet. As Trikafta is introduced to newborns and infants, you’d expect their life course with CF to be significantly altered (in a very good way) compared to the way adults lived with CF many decades ago.

I’m a visual learner so this is what that might look like (using fake numbers just to illustrate the point because the registry data isn’t open source…. yikes).

How the heck do we interpret that?

As the curve goes down (and this will be a little morbid), we’re representing a new death in our fake survival curve. Once the curve crosses the 50% line, we can say that 50% of the population is expected to survive beyond that point.

So, looking at the chart, it’s easy to see how that line can get shifted out to a higher median survival (60 vs. 50) when more children are kept healthy by highly effective modulator therapy (my hypothesis, these numbers aren’t real). It’s also important that trend lines here are improving because of an improving standard of care. Part of our population is obviously not able to benefit from highly effective modulator therapy, but they still benefit from improved standard of care (same for our transplant population!). That said, variation in the data exists at all points in age because people are experiencing wildly different states of health with respect to cystic fibrosis. Because of that, median predicted survival (remember: the age at which 50% of people born today are estimated to live beyond holding all else constant) is the best stat to represent projected survival that than Life Expectancy. I’m not going to get into life expectancy, because really it’s just an average prediction.

So, what the hell does this mean for adults? Well, we’d need to look at another stat, which I can write about once the full registry report is published (since I haven’t seen these new numbers yet). But you, me, and everyone else who is already alive with cystic fibrosis (meaning we were born before today) would have to look at “Median conditional predicted survival based on attained age.” Reading that aloud should tell you exactly why they do not run that number out there with big announcements. It’s a big mouth full.

But basically, it looks at patient age strata and then predicts survival using a median estimated age value. So, from today, holding all else constant, 50% of patients starting at age X would expect to live to age Y. So using the 2019 CF Registry, 50% of patients who have attained age 40 would live beyond age 60(ish). I expect this year’s registry report to suggest a similar large jump for median conditional predicted survival based on attained age like we witnessed a jump in median predicted survival because we will finally have a full year of Trikafta data (remember, the registry lags)! Unlike the previous example, however, where I am foreseeing another big jump in median predicted survival as highly effective modulator therapy becomes available for younger patients, we probably won’t see another huge climb with median conditional predicted survival based on attained age because presumably modulators are already keyed in with the adult population. We’d need another drug breakthrough and continued improvement in standard of care to push that forward.

I can’t finish this off without commenting on median age of death. I get a lot of criticism for using this to represent certain survival statistics in CF because the median age of death doesn’t represent changing (and decreasing) mortality rates – the rate at which people with CF die each year — but I think it’s an important stat because it does show what’s happening to the adult population and does call for urgency in therapeutic advances for adults. Median age of death is a simple stat that looks at all patients with CF who died in a given year and takes the median age. That number has been quite low historically because adults with CF are disproportionally struck by severe disease (which should shock nobody). When Lea passed away before she turned 30, the median age of death stat took new meaning for me, and I like to use it only because it creates urgency and shows some of the stress patients live with as we age. I expect that number to be higher in this year’s registry report (and I also expect the mortality rate to slowly decrease year to year), but it will always kind of lag median predicted survival because we’re looking at people of different ages within the CF population.

Finally… some notes. These stats represent American patients, and as we all know levels of insurance coverage affect these numbers greatly (commercial insurance, Medicare, Tricare, etc.).

Yes… it’s really time to celebrate our progress. I am biased, but I think we can confidently say that cystic fibrosis is no longer a childhood disease. Here’s to many more years of progress ahead!

And some personal news….