Stop Calling Me a “Fibro” 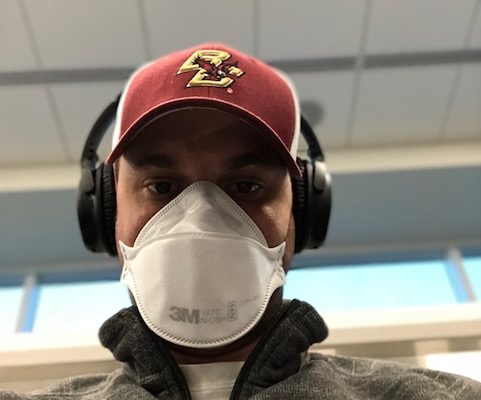 Today, folks, we’re going to talk about labels and why they’re bad.  The terms “fibro” “cyster” and “CFer” are all labels that get tossed around the CF community. I don’t like them.

In fact, I feel second hand embarrassment when someone uses any of the above to describe other people with CF. In a world where we are quick to say, “CF doesn’t define us!” we’re happy to label each other. We discussed the division between the terms on the podcast this week (episode 77), and Brad Dell wrote about CFer vs. Person with CF on his column over on Cystic Fibrosis News Today. Julia Rae has also written about it, too.

On the podcast, the one caveat I did agree with, however, is when fibro or cyster is used to create a brand. I think people with CF should feel empowered to leverage the condition to build a brand or business if they so choose – just like Tiffany has with Salty Cysters. That being said, I don’t call Tiffany my cyster, I call her my friend.

Brad attacked the topic from a lesson about “People-first language” where we talk about the person first, and then the condition. It’s exactly what it sounds like. Using the term, CFer, diminishes the person.

I actually used to use CFer all the time, until about a year ago or so, I started making the conscious effort to stop because I came to the conclusion that I would never want to be labeled. I think CFer goes into the same category as sick kid. I never wanted to be known as the sick kid in class, nor did I wanted to be labeled any differently than my friends.

On the other hand, I have long disliked fibro and cyster. I think fibro and cyster are not only labels, they sound weird, too. I especially hate the word fibro. There are certain words in the English language that really grind my gears, and fibro is one of them. Hell, I’d rather be called a patient than a fibro because at least the word patient places me in a position of power. Yes, that’s right, I think patients do hold power in the clinic and I demand my care providers respect every sense of that conclusion in the word.

This blog post will undoubtedly annoy some folks (while it empowers others) because I think people do like using CFer, fibro and cyster, and there’s nothing wrong with that! I am not telling you to stop, if you are, in fact, a person living with CF. I’m just telling you to stop calling me a fibro.

If you are NOT someone living with CF, however, and you choose to use CFer, fibro or cyster, then I think you look like a disingenuous idiot, and you should probably stop. They are not terms of endearment, rather they remind us that we are different. They label us as different, and they carry a much different meaning if the labels are coming from someone who doesn’t have CF.