My Running Journey #8 – A Little Blood and Sweat, But No Tears 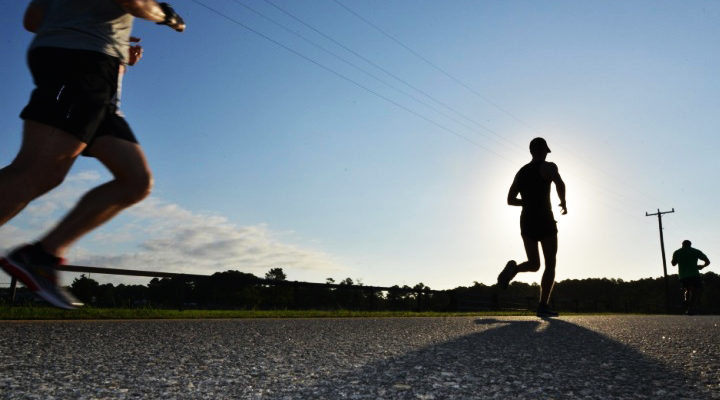 Good news first… I’m finally back where I left off before I got sick in September.

That doesn’t mean today was easy at all, though. My workout took me about two miles through the autumn air, but I felt some chest discomfort for the first time throughout this whole running thing.

It’s nothing to be concerned with because it ended up being what we call a “plug.” A plug is more or less a mucus blob that gets moves through an airway inside the lungs. I guess the term “plug” is appropriate when that blob gets stuck in an airway and causes some discomfort, or pain, as the average person might say. It’s really just kind of an annoying thing to have happen during a run, because I could feel it with every breath (speaking of breathing in, check out my new podcast titled BREATHE IN).

I doubt it was from the rapidly changing temperature, usually I actually prefer the cold air. Rather I think this change in mucus can be attributed to a few things, my monthly cycle in inhaled antibiotics this past weekend, the length of this run compared to the last and traveling over the past couple days.

I guess I can’t really classify this as “bad news” since the point of this damn thing is to clear mucus from my chest, but I must have moved an old plug (meaning it was from deep down in the small airways) because it took some work to get out – and with it came a little bit of blood.

This particular bleed was really pretty minor and not something to worry about, but it’s always a little disconcerting to see blood come from somewhere inside the body, rather than something like an external injury.

This kind of lung bleed happens because my airways are inflamed as fucccccc.

Cystic fibrosis is very much a disease of inflammation, so when I move some mucus, the blood vessels in my fat finger airways can rupture. The end result is blood streaking through my mucus. Conveniently we just call it “streaking.”

Anyway, I’m back to where I left off. I’m excited to keep moving forward with this program. I actually went to the store the other day to buy running shoes, but didn’t like anything they had. I don’t think I ever thought I’d be saying something like that… but here we are.

If you’re wondering (and I know you are) I’m a big neon color guy. It makes absolutely no sense that I’d want to have a little flash out there on the pavement since I’m the guy who would come in last in any foot race, but nothing about this new habit of mine seems to make sense.

So until next time!