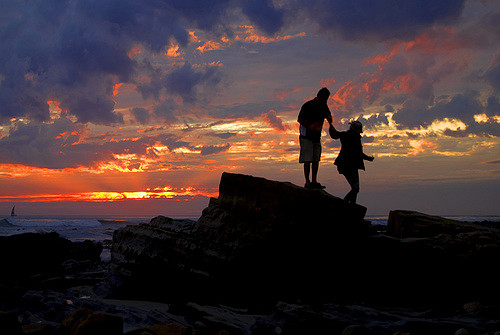 This past weekend my CF Family Day circuit continued with a talk in Boston at the Boston Children’s Hospital’s CF Family Education Day. One of the recurring themes of questions at the end of my talk was something to the effect of, “how do you deal with genetic discrimination and bullying?”

I was really happy to be invited to speak at the Boston Children’s #cysticfibrosis Family Day. Boston Children’s was my home away from home while I was a student at BC… it was an absolute honor to give back to my doctors and care team in a meaningful way! Thanks for having me!

I’ve blogged about genetic discrimination a few times using specific examples that have come across the newswire, but I’d like to bring it back to the forefront. I think this is becoming more of a problem for people living with disabilities than it has been in the past for a few reasons.

The first reason is that people are very open about their (or their kids’) disabilities on the Internet via social media, which I think is good and bad (we’ll get to that in a minute).

The other is that we live in the age of information, so it’s really pretty easy for someone who has no prior knowledge of a particular subject to get a bad answer from anywhere in a matter of seconds.

Ultimately this boils down to an overall lack of understanding, and abundance of misinformation. I guess you can call it fake news if you want to. That seems to be the popular term people love to throw around.

Personally I’ve been on the receiving end of genetic discrimination and bullying a number of times. I can’t hide the fact that it’s happened to me, because it seemingly does every couple months.

People reach out to me claiming that they know all about my CFTR mutations or PFT scores. Other people will say, oh you don’t have it so bad. On top of that there’s always the person in the deli, on the train or in the security line at Madison Square Garden who will, very noticeably, try to shame me over my nasty sounding cough. Of course there’s also the handicap parking thing…

It’s a very weird sensation to come across someone who thinks he knows more about me than I do.

I think over the past couple of years I’ve developed the ability to brush this stuff off. I definitely think it’s important to have thick skin. When you live with a very physical problem, one that creates a lot of real life issues, you get to the point where words, actions or little things aren’t that big of a deal. Life very much continues regardless of the ignorant shit that people say or do.

I mean very simply put, bullying is an issue that we have to deal with in a proactive way, but I think it’s important for people to learn how push back against it. When I was a bit younger, in high school or college, I used to take a lot of these little situations to heart. I was easily offended, or triggered (another popular term for some reason). I used to get throw into these emotional tantrums, but then over time I had this change of heart. I realized that I didn’t need to deal with negativity in my life.

Believe me, there’s enough of it that in my life… I don’t have room for any more.

Nor did I need to be spending valuable energy wrapping myself up in such a negative situation.

Social media has played an enormous role in my understanding of all this. Over the years I’ve learned that there is this massive void in education that exists across all walks of society. It’s not just with CF and chronic illness. I firmly believe that social media gives people a forum to speak with confidence about anything. Confidence can translate into a false truth. Regardless of whether or not a person’s is right or wrong, a confidently voiced opinion has the power to create an accepted narrative.

For example in the world of cystic fibrosis, a CF patient, parent or friend, who may not be qualified to understand the intricate details of a study published in a medical journal, can post his misguided opinion of the study to his Facebook wall for the world to see. If he posts his opinion with what he thinks is valid reasoning, people connected to him on Facebook, who may not have familiarity with CF, could take his word for fact. From there a problem is born.

I think this is kind of an issue that disturbs parents of little CF kids more than anything. They haven’t really been exposed to this world of misinformation for years like us older patients have been. At least in my experience the ability to develop some thick skin and push back against ignorant people with a positive spin comes with time, but when these situations come about I do my best to educate in the face of ignorance, rather than fight back.

That’s definitely not to say that there aren’t older people with CF who struggle with genetic discrimination and bullying. Ultimately I think it comes down the finding the root cause of the issue. More often than not that cause is misinformation like I’ve shown, but if it’s pure evil (which does exist), I think it’s best to forget about it and move on. There’s no reason to keep negativity lingering in your life… because, like I said, we certainly have enough of it.

People will always be ignorant. We aren’t going to change that overnight. We can’t expect the average person to have a concrete understanding of a rare disease or intimate knowledge of all facets of our lives, but ALL of us have the ability to be positive role models. We just have to try.


My Running Journey #8 – A Little Blood and Sweat, But No Tears