Don’t Be a Hero 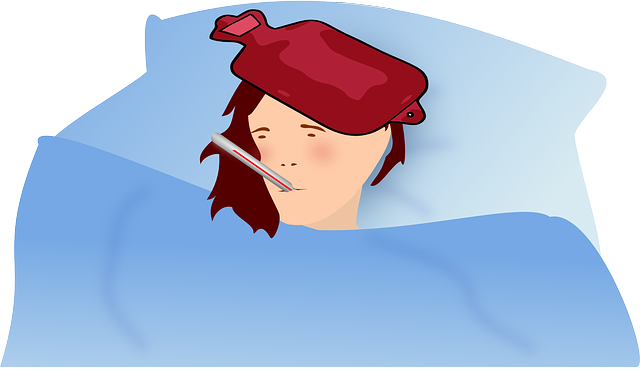 If you’re sick, you need stay home from work or school. Don’t be a hero.

Influenza is spreading rapidly. The CDC says we are now in an epidemic here in the US. That sort of happens every year, but we’ve reached that point quicker than usual. It doesn’t really seem like there is a reason to suggest that we’re all doomed, but we need to be smart, we have to play our role in prevention.

Flu activity is widespread in most of the U.S. It is not possible to say when #flu season will end, and significant flu activity is likely to continue for several more weeks. Latest flu activity update: https://t.co/To4m34xyeh pic.twitter.com/1VQsvBkKd3

Wash your hands, cover your cough or sneeze and stay home if you’re sick.

The flu is incredibly dangerous for people with underlying health conditions…. Like those of us with CF. Very plainly it can be a death sentence for someone living with cystic fibrosis.

I don’t say that as a scare tactic, rather it’s the hard truth.

When you head to the office, gym, bar, classroom or anywhere in between with a fever and a cough, you’re not only doing a disservice to yourself, but to the general public.

Last year I was exposed to influenza at the ice rink (where I spend a lot of my time in the winter). It was terrifying. For the sake of privacy I’ll keep this vague… my hockey team was in the rink on Friday evening for practice, and by the next morning I found out that another person, who had been in the rink with me, had been rushed to the ER and subsequently diagnosed with the flu.

I immediately contacted my CF team and began antiviral as a preventative measure. It became very real for me when the 24-hr pharmacist said, “good luck” as she handed me a box of Tamiflu.

Fortunately the flu missed me, but I was in the crosshairs for a period of time. I suspect my blog posts over the past year would have been carrying a very different message had I been hit with the flu.

"Flu is everywhere in the U.S. right now." The influenza virus, which has killed at least 20 children during this flu season, is now considered to be an epidemic by the CDC. pic.twitter.com/GA3MVtLMvk

If you’re unable to prioritize your health, you have to think about other people – especially those of us with underlying conditions OR people who are immunosuppressed, like our transplant friends.

Flu shot or not, you must seek treatment for your symptoms and isolation while you deal with them. You cannot continue to go about your everyday lives should you go down with the flu. If you listen to my podcast you know how seriously I take this. To that end I do avoid hospital appointments during this time of year unless absolutely necessary. I mitigate my risk where I can.

I use the word “hero” in a very satirical way, because I think being sick during this time of year has become totally normalized – I mean we even have a name for this part of the calendar, cold and flu season. People wake up with a sniffle, fever or cough and continue about their business because they think they can power through. Worse yet those same people are unable to give up a night out with friends at the bar.

Our lives are wound so tightly that we fear missing out on anything. For that reason we step out into the world despite being ill. We’re on deadlines, clinging to responsibility or feeling the need for social interaction to the point where we disregard our health.

I mean, I know the feeling – I live it every day. I understand why people want to continue about their business when they are sick. I am dealing with a horrible illness, yet I go about my life because I have to, I don’t want to miss anything. I think people sort of feel like they are able to push on according to a similar principle

The big difference is that I’m not contagious, everyday people with flulike symptoms are contagious.

Your health is your personal journey, but it is not your concern alone. Your decision to be a hero and head to the office for a critical meeting despite your fever and cough directly impacts the people you pass on the way to the meeting – the people on the subway, in the elevator, in the cafeteria and in the meeting room. Don’t be selfish.

P.S. There’s still time to get a flu shot