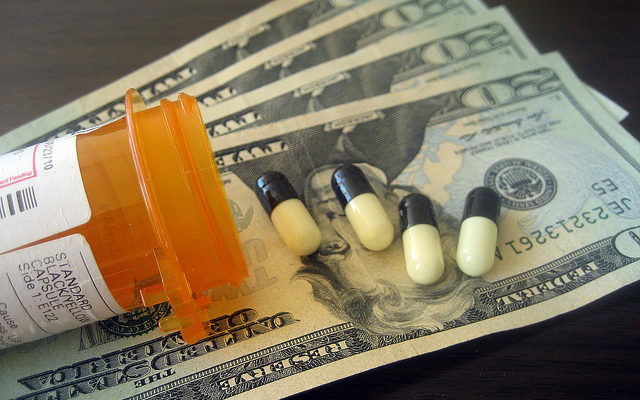 Believe it or not, drug manufacturers want us to use their medications. It’s how we get healthy, and it’s how they make money, which keeps them in the business of making medications for us. If that’s not a circular symbiotic relationship, then I don’t know what is. Of course, we don’t actually pay the drug manufacturer; we rely on our payers to do that – insurers, the government, etc. – and even the drug manufacturer itself.

In a lot of cases, here in the US, we actually get paid to use a specific pharmaceutical company’s medication. Don’t think so? That’s what a copay card is. The government calls that a “kickback.” In any other line of business, I think it would be seen as a shady business operation. Imagine being paid to buy things on Amazon. Wouldn’t that be an incentive?

In the healthcare world, patients don’t think twice about it. The government and insurers, however, have a problem with it. They think incentivizing patients to choose a brand drug actually costs them more money on the backend. In fact, that’s why we have federal anti-kickback laws for people who are on federal government subsidized insurance (Medicare).

That’s right… it’s ILLEGAL for drug manufacturers to step in and help people who likely need it the most. NPR:

Under the federal anti-kickback law, it’s illegal for drug manufacturers to offer any type of payment that might persuade a patient to purchase something that federal health care programs like Medicare and Medicaid might pay for.

The logic behind federal anti-kickback law (mind you, this has been around since the 70’s, and neither side of the aisle seems to care about what this does to people) is as follows, New England Journal of Medicine:

Copay cards are mostly used for brand name medications, which are generally more expensive for payers. Payers want their customers to use equivalent generics instead, which have a lower cost on the backend and a lower copay for the patient, thus eliminating the need for a copay card.

If you apply the above principles to the federal government instead of private insurers, it’s easy to see where this is coming from. Saving money is a good thing, except when there aren’t different equivalent options for patients to choose from.

This is where people with rare disease get screwed. We don’t have other options. CF is not like diabetes where there are an n number of insulin products. Patients have the choice of Cayston or no Cayston.

Usually, when you read about people on Medicare being denied a medication, or not being able to afford a medication, this is the trap they are falling into. From the outside looking in, it looks like the drug manufacturer isn’t willing to help certain patients, while they are more than willing to help others. The actual reason is because it’s illegal for them to do so.

This is where the Accumulator Adjustment Programs start to come into play for folks who have private insurance. If you’re unaware, the Accumulator Adjustment Programs don’t count your copay card toward your deductible, which means higher healthcare costs for patients and families. A lot of us rely on our copay cards to hit our deductibles so we can bring our out of pocket costs down for the rest of the year. You can watch the nice video from the Alliance for Patient Access for an easy to understand explanation:

Insurers and PBM’s are taking a page out of the government’s book. If the government can make copay cards useless, why can’t we? Our copay cards will continue to help with copays, but they will not compound their value towards deductibles, which can be large for a lot of folks.

The Federal Anti-Kickback laws must change to grant waivers to people with rare disease, people who don’t have the luxury to choose between equivalent medications.

The Accumulator Adjustment Programs cannot be allowed to move forward. The value of our copay cards must not be taken away from us.

Whether we want to believe it or not, the healthcare landscape in the United States isn’t going to undergo some sort of radical change overnight. It’s in our best interest to poke holes in small places, like this, where we have evidence to see how positive change would impact folks who are cash strapped. We MUST allow drug manufactures to help rare disease patients afford medications.

Note: This is a discussion of federal policies (anti-kickback law) as they relate to patients. Some States have their own laws with regard to accepting copay cards, etc.

RT @ThePFID: 👏🏻👏🏻👏🏻@G17Esiason for continuing to raise your voice and motivate change in efforts to #SquashSuperbugs, for people live with…