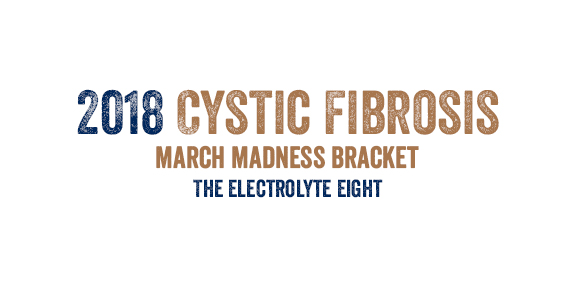 Alright! Here are the results from the Salty Sixteen:

It looks like all #1 seeds are going to the championship rounds for their respective regions. Personally I think “You Don’t Look Sick” is the weakest one… it really bother me too much when people say that. If I had to choose another one that I think is going to go down in the next round it would be Daily Treatments. Antibiotic Resistance seems to be a big dog in the voting, though it did struggle a bit in the Salty Sixteen.

We lost two more #2 seeds. Mucus Puke was one of my Final Four picks… I’m pretty shocked to see that one lose.

Coughing, as far as the betting line goes, is still the odds on favorite to win this whole thing. It’s showing that it really is the TRUE NUMBER ONE SEED.

Here we go, only eight teams left…. ELECTROLYTE EIGHT voting is below and over on the @SaltyCysters Instagram story as always.