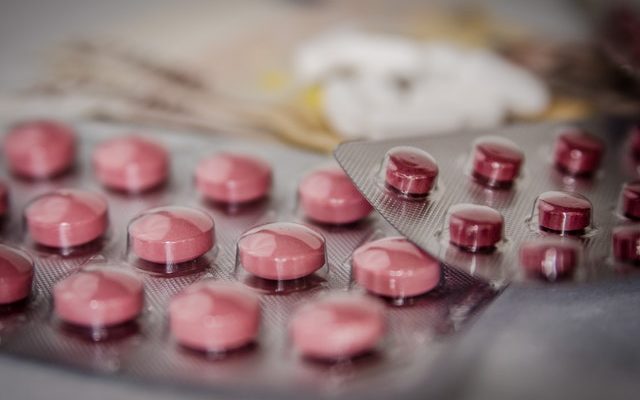 Today is a good day in the world of cystic fibrosis…. Drug development rings through the streets!

I have been critical of Cystic Fibrosis Foundation for a little while, but now it’s time to give credit where credit is due.

Fire up the venture philanthropy machine because this is a big one (from CFF):

The Cystic Fibrosis Foundation has awarded Corbus Pharmaceuticals up to $25 million to develop a potential anti-inflammatory drug that aims to reduce the frequency of pulmonary exacerbations for people with CF.

The synthetic drug lenabasum (formerly known as anabasum) showed encouraging results in an earlier, smaller Phase 2 trial, demonstrating that it reduced signs of inflammation…in individuals with CF…the drug does not appear to suppress the body’s natural immune response…

It’s about time, CFF. Funding like this shows confidence.

The Development Award [from CFF] enables the Company to execute its Phase 2b study of its novel, oral, pro-resolving drug lenabasum (formerly known as anabasum) in approximately 415 people with cystic fibrosis (“CF”) who are 12 years and older and at increased risk for pulmonary exacerbations…

Very importantly, the study is going to look at reducing pulmonary exacerbations in people with CF. For someone with CF that’s music to my ears. Hat-tip to the FDA here for agreeing to look at PE’s as an end point in a major study. Good job, FDA… good job.

…[the 6 month] Phase 2b multicenter, double-blinded, randomized, placebo-controlled study will enroll approximately 415 subjects with CF who are at least 12 years of age and at increased risk for pulmonary exacerbations. Secondary efficacy outcomes include other measures of pulmonary exacerbations, change in Cystic Fibrosis Questionnaire-Revised Respiratory domain score and change in forced expiratory volume in 1 second (FEV1), % predicted. The study will be conducted in approximately 100 sites across North America, Europe, Israel and Australia.

So what does this mean for people with CF? A lot actually.

This is a huge study. 415 patients is large, and it’s really going to look at a significant cross section of the population with 100 centers across the world getting involved.

CFF is showing a lot of confidence here. This is a significant monetary award (and actually their second award to Corbus – CFF previously awarded $5 million for a smaller study – bringing the total up to $30 million)… one that CFF hasn’t really given out since the early Vertex days.

Finally this compound is a pill (huge positive) and we are looking at a potential real anti-inflammatory option in CF regardless of a patient’s genetic mutations. The ones we currently have (steroids, ibuprofen, etc.) come with nasty side effects. It’s also refreshing to hear that so far this compound hasn’t been shown to be an immunosuppressant.

For those of you keeping score at home, yes this drug is from the cannabis family in synthetic form.

This is big because in CF we’re sort of constantly in a state of inflammation since our white blood cells are trying to kill something they cannot – bacteria in our lungs. I can personally attest to this… I’m inflamed as fucccccc.

As with drug development, I urge cautious optimism, but this one certainly looks good!


Does Living With Chronic Illness Make It Difficult to Maintain Friendships?

President Trump Mentioned “Right-to-Try” in his SOTU, What is it?