In The Least Surprising News Ever, “Study” Finds Video Games Are An Effective Coping Mechanism 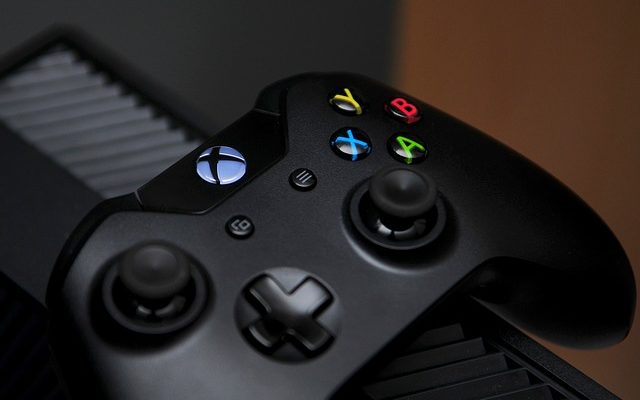 It hasn’t even been 12 hours since Team USA lost to the Czech Republic in the sham that is the Olympic Hockey tournament, and I’m already up in arms about the 2022 games. The NHL ruined the whole thing. Olympic hockey rolls around once in a blue moon and the NHL ruined it.

I mean…. We lost to the freakin’ Czech Republic. Sure, they have a proud hockey tradition, but team USA shouldn’t be losing those kinds of games. The Czech Republic…There’s a Bill Murray joke in here somewhere.

That brings me to today’s point: stress.

I’ve let myself get pretty stressed out over this Olympic Hockey thing, or maybe it’s just the fact that I’ve been sick. Regardless… stress is a key player in life with cystic fibrosis.

I’ve been saying for a long time that it’s important to have effective coping mechanisms for dealing with CF. Well… guess what? This morning I feel validated.

Playing video games has become a key strategy for coping with stress, a study of millennial gamers has revealed.

Researchers who quizzed 1,000 gamers on their attitudes to gaming found 55 per cent play video games because it helps them to unwind and relieve stress.

…  47 per cent think performing well in a game has a positive impact on their lives outside of the screen, allowing them to look upon other aspects of their lives more positively.

And half said they see the value in gaming as a method of escapism to help them deal with daily work pressures.

The study (I kind of thing it’s a rather large survey), suggested that online gaming has become a social outlet for people.

Sixty per cent of those surveyed consider gaming a key component of their social life.

And almost a quarter believe they have made more friends through their interest in gaming than through any other area of their life, making it their core social outlet.

The study also explored other potential benefits of gaming, such as improvements to mood, reflexes and social skills.

A third of gamers play for the sense of achievement or accomplishment it gives them.

And 42 per cent said they feel at their happiest when they are performing well in a video game, receiving a greater rush from their victories than comparable achievements in real life.

Another 27 per cent believe playing video games has helped them to process or deal with a mental health issue or concern.

Kind of an interesting thing to find on the Internet. I’m all in on team “video games as a coping mechanism” …especially in chronic illness.

I think when people are dealing with something as physically isolating as an illness, cystic fibrosis being one of them, video games give people a real alternative. What I mean by that is, it allows people to disassociate with their physical world and jump into a different place entirely. Video games allow people to be something different.

They level the playing field.

Living with CF is like going through life with one hand tied behind my back. The immersive world of Xbox Live gives me that hand back.

To that end, the world of video games is proving to be more and more social.

Now, I don’t really identify with that part of the study, but I think it’s just as important. I’ve never really been one to consistently fire up the Xbox to go “hang out” with friends, I play to get away, but we are seeing younger generations rally around online gaming.

I spend my winters with high school athletes and the majority of their conversations between hockey practice and games revolve around finding time to play Xbox with each other. I’m also hearing that more and more frequently in the CF world. Parents tell me stories about their very sick children finding community in online gaming.

Online gaming allows very sick people to connect with the outside world.

An interesting side note: since people with CF cannot physically be together, is there a place for CF gaming community?

Beyond all that, some people with CF use video games as a way to pass the time during the monotony of treatments and parents weaponries them as motivators for kids refusing to do treatments. They certainly have their place.

Ultimately I think video games are an effective tool for coping with really difficult stuff …for some people. I don’t think video games need to start taking the place of daily activity. It can become an unhealthy habit if the disassociation from life starts to take a consistent hold.

That being said, I don’t think we need to fear them. It’s a generational thing that I’m not sure older people could ever understand. Games aren’t going to poison a child’s mind. The idea of online gaming is as foreign to my parents as life during the 70s is to me.

If something effectively deals with a person’s stress, then he should utilize that tool. For me, right now, it’s Fortnite….. which I guess creates a whole different kind of stress.