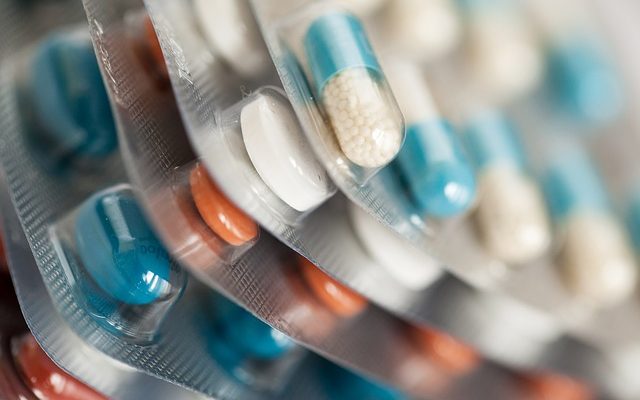 Drug pricing reform is charging through congress, and like anything else in Washington, our lawmakers try to jam as many (or not enough depending on whom you ask…) nuances into individual bills. A lot of different dynamics come into play from out-of-pocket costs to insurance benefits and, of course, plain old drug pricing. Today, let’s talk about one specific piece of this: prescription drugs and the variables that will impact how the industry operates.

One thing that’s not easily understood is the lifetime value of a drug, and maybe it’s because those of us living with terminal illness often look to the short-term without considering what our standard of care will look like over time. I think that’s a fair assessment. I lived my life for a very long time just taking things day by day. But it’s worth understanding how drugs age over time to better understand where the system is probably working, where it’s likely falling short, and how policymakers in Washington are thinking about (correctly or incorrectly… you decide) reforming prescription drugs in the US.

In 1984, the Hatch-Waxman Act essentially laid the groundwork for the business of drug making. On a very basic level, the legislation determined the necessity for drug makers owning a monopoly over a novel drug for a finite period before other drug makers can introduce carbon copies into the market to compete. Policymakers in the 80’s saw this necessity because of the time and resources it takes drug makers to develop, license, and seek approval for their products. People often talk about the capital intensive process to develop a drug, which often comes in at a number north of $1 billion per drug, but often overlooked is something call the opportunity cost.

The opportunity cost is a term you’ve likely heard if you’ve ever taken an economics course, and it’s a simple concept. Opportunity cost is the quantitative or qualitative cost of not doing something. In this case, it would be taking the $1.5 billion of investing in development for drug A instead of drug B. The opportunity cost is the cost of not investing in drug B. Of course, as soon as the decision to invest in drug A is made, the realm of reality around drug B is nothing more than a thought, but if drug A turns out not to work, the emotion the decision makers might feel is something we all commonly feel: regret. The choice to invest in drug A, which in this case has failed, leads us to reckon with the knowledge that we’ll never really know what would have happened had we chosen to invest in drug B instead. It’s important to quantify that feeling, so we call it opportunity cost.

On a small level, we all face choices like that all the time! We choose job opportunity A over job opportunity B or we choose to date partner A over partner B. We all hope it works out, but regret is some possibility, especially if we choose the option that holds much higher risk for success. The cost of our choices is all something we feel in terms of happiness, income level or something else, but those choices also must necessarily include the opportunity cost of not choosing the other path(s).

Hatch-Waxman attempts to minimize that risk for drug makers by providing a sure bet for their return on investment if they are, in fact, entering a new market for a new indication without a drug option (assuming the drug works and the infrastructure for the drug is in place like prescribing pathways). The legislation attempts to reduce the opportunity cost by solidifying some of the assumptions inherent in revenue generation after a drug gets approved (but, of course, it doesn’t eliminate all opportunity cost because any investment can fail).

The quick reaction for drug makers after approval is, of course, to make as much of their investment back as possible as quickly as they can before the timer runs out on their monopoly. Historic pricing information tells us that as soon as a carbon copy – or a generic – enters the market, revenue all but collapses for the drug maker. Of course, the profit margin may remain profitable for the original drug maker, but nowhere near the rate that was one the case. Estimated savings in the generic marketplace are enormous.

One way to think about this is paying a mortgage on a house. Payors (and patients) expect a finite period of high cost over time before eventually owning the drug as an asset (an asset for society). Presumably, when you pay off a mortgage, the periodic installments required to own a home evaporate.

In the case of drugs, that’s the path from brand to generic.

Take Trikafta as a future potential example of this. Trikafta is a small molecule drug meaning that it’s quite easy to copy as a generic. Manufacturing the drug isn’t exactly challenging (unlike a vaccine, for example) once the chemical building blocks have been correctly assembled (which is the very, very hard part). Trikafta, obviously, has a high list price, but it won’t be enormously costly forever. Eventually, the drug price will collapse.

How do we know this will happen? Well in certain countries, generic copies of an earlier modulator (Orkambi) already exist where patent and exclusivity laws vary from the ones we use here. The crucial piece of the puzzle here is that a drug like Trikafta’s eventual generic equivalent will need to maintain the same level of safety and efficacy relative to the current levels we all experience on the drug. What that means for future generations of people with CF is an important thing to study.

They will benefit from explosive power at a far cheaper cost. At that point in time, Vertex will have moved on from Trikafta to work on some other project in their pipeline, while society will benefit greatly from a cheaper Trikafta alternative.

No Patient Left Behind has a wonderful visualization about how this all works. Check it out below, or go take a look at the presentation that supports this kind of thinking.

But not all drug makers follow that path because of a lack of competition or because they pursue what amounts to a legal blockade against competition.

Take Enbrel, a biologic drug for rheumatoid arthritis that was originally made by Immunex, but acquired and licensed by Amgen in 2002. Importantly, biologics present manufacturing challenges that are unique from small molecule drugs, and that is despite real pressure from the federal government to introduce competition into the biologic market with drugs called biosimilars (the generic equivalent for biologic drugs), As a result, biosimilar options for biologics can sometimes lag what we’d normally think is a normal rate for generic drugs entering the market. For example, only just recently did an insulin biosimilar make it to market.

Amgen has seized on the uniqueness of biologics with a complex legal network to build layers and layers of patents to protect the drug from competition in the United States. Outside the US, however, where patent laws forbid this kind of thing, the drug’s price has collapsed from the price it once charged on-brand. Typically, the exclusivity period for drugs after approval is only about 10 years or so (important incentives for rare disease and other things exist, so it varies), but Enbrel has stayed on brand in the United States for decades. When people think about “big pharma” being predatory, this is the kind of example that people point towards because Enbrel’s revenue generating model is tantamount to rent-seeking behavior (meaning, society doesn’t collectively benefit from a potential patent cliff and instead pays periodic installments of the same rate over a longer than anticipated time to buy access to it). It’s the exact opposite of the mortgage model discussed above.

In a different way, Pulmozyme, a drug we all know too well in CF, is a biologic drug that has stayed on brand because of the small market size in CF. Creating a biosimilar for Pulmozyme would be a massive undertaking for minimal gain because unlike rheumatoid arthritis or diabetes, there isn’t enough space to recoup smaller margins in the near term with a biosimilar drug (which is different from a small molecule case study because it’s generally easier and cheaper to copy a drug like Orkambi mentioned above). A novel kind of regulation would be required to bring Pulmozyme’s price down, and essentially create a biosimilar of itself. Since the drug has been on the market for 30 years, society should already own the drug (under Hatch-Waxman’s guidance) as it does with all other generics and biosimilars – meaning regulation would have to collapse Pulmozyme’s price artificially to something just above the cost to make it (making it still profitable, and therefore reasonable to keep producing en masse).

All in, drug longevity exists over a very long time, which requires people to think long term about how changes to the system might marginally change incentives in the near term, but drastically alter how drugs (and which indications) enter the market down the road.