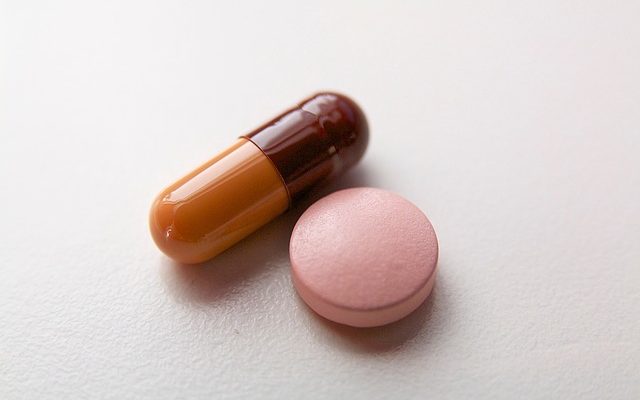 The difference, to say the least, is negligible. Most PFT machines have a margin of error of about 2-4%.

A few quick notes when looking at the results, because let’s be honest, most of us haven’t done any math since high school.

They are talking about mean (average) absolute improvement, so, for example, in the case of a person with one copy of F508del dosing VX-659, who started the trial at 50% FEV1, she likely moved up to 64% FEV1, following an average 14% absolute gain 4 weeks after dosing.

It goes without saying, our example is over simplified – there are quite a few other variables to consider (level of lung disease, sputum cultures, etc.), but a 14% gain is amazing. There are likely people in the trial who did better or worse compared to that 14% average.

You may also be confused by the results of the homozygous F508del patients. Their results seem less spectacular (10% absolute improvement compared to 13.8% or 14% for people with one copy), but in truth they’re actually doing quite well because they’re being compared to folks who are taking Symdeko as the placebo, and we know Symdeko can really help people who are homozygous F508del. It would be reasonable to assume that both the placebo group and the study drug group improved, but the study drug group saw a greater improvement, compared to the Symdeko group.

All of this is amazing stuff. Now here’s the kind of bad news… well, it’s where the good news meets the bad news.

Vertex is in a very peculiar position because they have TWO drug candidates performing extremely well in phase 3 trials.

The efficacy appears to be a 1:1 thing, or close to it, which is pretty much unheard of in medicine. I can’t underscore that enough. Something like this has never happened, nor will it likely ever happen again. It’s a tough spot because, realistically, Vertex can only choose one. It makes no sense for them to submit both for review to the FDA.

If we recall, the FDA, Vertex and CFF sort of created this quasi agreement where the 4-week data would be enough for an NDA to the FDA for evaluation, and that’s where we are now, but today, Vertex said:

Given the similarity of the data for the 4-week primary efficacy endpoint for the VX-659 and VX-445 regimens and the near-term availability of the final 24-week data for both regimens in the second quarter of 2019, Vertex plans to utilize these final 24-week data to choose the best regimen to submit for regulatory approvals globally… Vertex plans to submit an NDA to the U.S. FDA in the third quarter of 2019 and a Marketing Authorization Application (MAA) in Europe in the fourth quarter of 2019 for either the VX-659 or VX-445 triple combination regimen [for people age 12 and up].

Unfortunately, that right there means Vertex wants to continue to compare the data before submitting to the FDA sometime towards the end of the Summer, rather than this Spring, which is not what we were hoping for.

On one hand, I get it, they want to make sure they are choosing the best possible candidate (VX-659 or VX-445) for submission to the FDA, and a larger data set will help them – remember, safety, tolerability, and, of course, fertility are also important when looking at medication – break the similarity. We need to know that what we are taking is safe, effective, and will remain effective for the duration of our lives! Right now there is no way for us to tell which drug candidate will be chosen. I will say, however, that given the similarity of the results, and from the patient perspective, I hope they take a close look at side effects – mainly fertility. A lot of folks with CF want a drug that has minimal effect on fertility to be chosen. Patients are fearful of having to discontinue such an amazing drug in pursuit family building (from both the male and female side).

As a patient, it is horrendously frustrating to have to keep waiting… especially when we now know there is something out there helping people in a HUGE way, but I feel tremendously optimistic for our community’s future, since it seems like we have something really amazing at our fingertips.

As far as availability goes, it’s hard to say what will happen. I have to imagine the FDA is going to approve whichever one Vertex submits (that’s not investing advice, so get out of here if that’s what you’re looking for) because the data are just too profound. My best guess for branded use is (conservatively) the beginning of 2020, rather than the tail end of 2019. BUT, and this is a large but, the FDA did review Kalydeco with lightning speed, so I am cautiously hopeful that will happen here since these results are similar to Kalydeco’s data several years ago. Maybe… just maybe… the gears of the government, science, patient advocacy, industry and everything else in between will spin in tune, and we will get our hands on a branded triple combo sooner rather than later!

And… to get out in front of this, no we have no indication about a price yet, but I wouldn’t worry too much about that quite yet. Remember, Cystic Fibrosis Foundation’s venture philanthropy model is incrediblely useful because they can make medical manufacturers guarantee access to drugs where legally allowed (copay assistance). So many of us are indebted to the visionary work from Dr. Bob Beall and the CFF for making this dream into a reality (well we’re almost there) for a lot of us.

I hope this easy-to-understand guide through a drug development press release helped you! If you have a question, don’t be shy… ask away in the comments, and I’m sure someone else will have an answer for you in the comments! Also, I think it goes without saying that I infused my opinion in here, which is anything but official. It’s fun to speculate with this kind of thing… but my message to anyone of importance who may be reading this… hurry your ass up (and let’s get something cooking for those final 10% of patients who won’t be able to use these drugs)!