My Five Takeaways from #NACFC 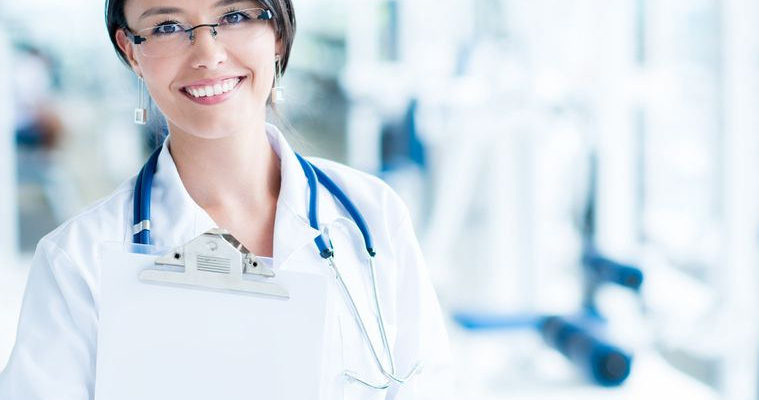 I had a dream last night, and in that dream the Limp Bizkit classic song, Nookie was on repeat for some reason. I have no idea why; I haven’t heard that song in about 12 years. Needless to say I woke up pretty jacked up and motivated to get sh*t done before the Packers game this afternoon.

If you can’t recall the song of a generation, let me bring you back to 2001:

Honestly, probably the best bad song there is.

Anyway – the North American Cystic Fibrosis Conference just wrapped up and if you’re reading this, you’re probably like me, didn’t go and have been looking for recaps all over the Internet. Well… think of me like Netflix, here to rewind real life.

Cathy Chacon, RN, from National Jewish Health, presented a discussion about integrating routine screenings into overall healthcare for aging CF patients… A growing number of studies show that CF patients are at a high risk for developing adenomatous polyps, which has prompted research into the need for colonoscopy screening… Cystic fibrosis patients also exhibit an increased risk for developing secondary cancers… Bone loss is another consequence of aging that could be new to older CF patients. Porous bones can lead to diseases such as osteopenia and osteoporosis… Aging CF patients are also seeing more CF-related diabetes (CFRD).

So growing old sounds great. I can’t wait! This is incredibly important, though. The silver lining is that people with cystic fibrosis are living longer than ever and starting to reap the benefits (and seemingly sh*ttyness) of getting old. Care for cystic fibrosis extends beyond our every day treatments. It is a daily challenge that seems to evolve each time a study gets published in some medical journal somewhere in the world.

Personally I can’t wait for that colonoscopy.

If you read my blog On Spitting, you know how I feel about the green sh*t we all cough up. We being people with CF. I was all excited to see that mucus production was debated at #NACFC

Researchers debated the issue in three discussions at a symposium titled “Mucociliary Transport and Ion Flux: Lessons Learned From New Models and New Drugs”… Researchers know that insufficiently low levels of liquid in mucus caused by CFTR mutation makes mucus thick and more likely to plug the airways… Steven Rowe, MD, from the University of Alabama, emphasized that in addition to the role of mucins and a lack of liquid making mucus too thick, there is evidence that other abnormalities of the composition of mucus may contribute to the clearance problem. DNA released from dying bacteria, epithelial cells, and inflammatory cells contribute to making mucus abnormally thick… An abnormal sodium transport through a channel called ENaC is believed to further worsen the dehydration of mucus. The dry and viscous mucus prevents cilia from beating…Studies are currently ongoing to explore whether blocking the sodium-mediated movement of fluid back into the tissue may improve mucus clearance independent of other CF disease mechanisms…Treatments targeting abnormal mucus in CF are under development… Studies in mice show that dehydration of airway surfaces is enough to cause an abnormal clearance of mucus, even when mucus production is not increased… Studies also showed that mucus plugs trigger inflammation in the airways (even without an infection present) and dry mucus compresses cilia, preventing them from beating properly…[Marcus Mall, MD.] noted saline as a means of improving mucus clearance, although he focused on the hydrating aspect of the treatment. Other approaches to improve airway surface liquid secretion could involve CFTR modulating drugs or activation of other chloride channels (for example, through the compounds TMEM16A and SLC26A9)…Drugs acting on the sodium transporter ENaC could be used to increase the levels of airways surface liquid, improve mucus clearance, and reduce plugging in cystic fibrosis patients…Measuring mucus concentration and clearance will also be critical in determining the effectiveness of new treatments.

Okay, that’s a lot to digest (CF pun), but basically what I make of all that is that there are a bunch of unanswered questions relating to clearing the lungs. I can tell you first hand that is probably the truth, since I seem to be constantly dealing with it, but it does seem like there are a lot of cool things on the horizon when it comes to fighting mucus and inflammation inside the airways.

I particularly struggle with mucus production. In one sitting, I can fill up about half of a plastic Solo cup (if not more) when I’m not feeling well, which is both gross and moderately impressive.

I hesitate to draw a conclusion here, because it seems like there really isn’t one, but I will say that since the body’s inability to regulate mucus in cystic fibrosis is the root problem of everything associated with the disease, research towards this side of things is invaluable in many ways, and something that we can’t over look.

So I guess this technically happened before the conference… Sue me.

Per The Boston Globe:

Vertex Pharmaceuticals Inc. said Tuesday it will begin clinical trials for a new class of “triple combination” drug candidates that could nearly double the number of cystic fibrosis patients its medicines can treat… Vertex said it would begin enrolling patients in a pair of clinical studies to test a drug combination that includes ivacaftor — which already is sold as Kalydeco — and a so-called corrector known as VX-661 because it corrects a part of a malfunctioning protein in patients…The third compound in the combination will be one of two other correctors that will be used separately in each of the trials. All of the drugs will be taken orally. This is really exciting. Orkambi and Kalydeco have been life changers for a lot of people out there, so for Vertex to come out and say that their hope with these compounds is to double the number of people it can help cannot go without notice. Obviously it is important to be cautiously optimistic when anything goes into trial, so I want to stress that we can’t get ahead of ourselves here.

With that being said, though, I’ve met many of the people at Vertex and I can tell you firsthand that there is no other group out there quite like them. The two Vertex buildings overlooking the Boston Harbor stand as a pair of middle fingers to a disease we can’t wait to beat.

Dr. Jeff Leiden summed it all up when he said, “Our long-term goal is to treat all patients with CF”

You could say that I’ve been on a nutrition crusade ever since I had my feeding tube placed in 2011. The benefits from my lifestyle change have been impossible to overlook.

Stephanie Filigno, PhD, from Cincinnati Children’s Hospital Medical [Center], [presented how] researchers examined macronutrient intake in young children diagnosed with CF. Macronutrients are those nutrients that provide energy, and are therefore consumed in larger quantities. The three primary macronutrients are carbohydrates, proteins, and fat…[of 78 children enrolled], the team observed that only 18% of children were meeting the 120% Estimated Energy Requirement (EER) at baseline; and only 40% met the 35% of daily energy intake from fat minimum recommendation… These results, they concluded, show that many children are still not meeting the established 2002 CF Foundation nutrition guidelines of at least 35% of daily energy intake derived from fat, consumed throughout the day. But all children met the 2016 CF Foundation preschool recommendations for daily protein intake…According to Filigno, the findings highlight the importance of family dinner routines during a child’s preschool years, to promote a proper and balanced intake of fat and protein. Moreover, researchers identify the necessity to improve and substitute high carbohydrate foods and beverages during snacks.

I was definitely guilty of not getting proper nutrition as a child, and I think ultimately that, along with a number of other significant factors (there are far too many to name), led to my need for a feeding tube.

In fairness, though, I will say that the nutritional needs for people with cystic fibrosis are not easy to achieve, even with a feeding tube. I have been underweight my entire life, so I like to think that I am doing whatever I can to promote nutritional balance in life. Don’t be like 12-year-old Gunnar and lean heavily on Snickers Bars and cookies.

Synedgen today announced the presentation of preclinical data demonstrating biofilm degradation and increased antibacterial activity in bacterial isolates from cystic fibrosis (CF) patients after treatment with a proprietary modified polysaccharide molecule…The data presented here demonstrate the promise of Synedgen’s glycopolymer-based biofilm-disrupting approach as a strategy for increasing bacterial sensitivity and decreasing resistance to antibiotics – which could result in more positive therapeutic outcomes in CF-related infections,” stated Steven M. Rowe, M.D., Professor of Pulmonary Medicine and Physiology & Biophysics at the University of Alabama at Birmingham…  “Enabling antibiotics to reach and effectively neutralize their targets is a critical mechanism to combat infection and antibiotic resistance, which are serious and life-threatening complications for cystic fibrosis patients,” said Shenda Baker, Ph.D., President and Chief Operating Officer of Synedgen…We look forward to initiating a Phase 1 clinical trial of SYGN113 in CF patients in 2017.”

The fight against antibiotic resistant bacteria and their biofilms in cystic fibrosis is critical. This is definitely something to keep an eye on, and something that I know I will be following closely. As I said before, I always like to look at these clinical trials with cautious optimism, so we will see where this one takes us!

There you have it… my big takeaways from #NACFC. We still have a long way to go, but this conference is a yearly reminder that we are getting closer and closer to ridding the world of Cystic Fibrosis.

I really like to follow Cystic Fibrosis News Today (if you can’t tell), because they are constantly updating CF News, which seems like it comes at rapid fire these days. Definitely check them out!

I want to know your thoughts from NACFC… make sure you leave a comment.


Own It Audio Podcast Ep. #9 – Feeling Great When You’re Sick

Making it Matter Ep. # 13 – Julia Heads into the Marathon