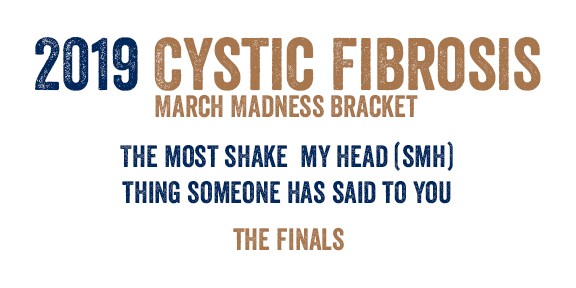 Here we are… The Finals. It’s been a hard fought tournament, but it all comes down to this. Both of our contenders have swept through their matchups, so I think it’s fair to say we have two top dogs facing off. Believe it or not, You don’t look sick! is making its second consecutive appearance in the finals, after losing out to the #1 overall seed last year, coughing.

Let’s see if You don’t look sick! has better luck against this year’s opponent, Is it like asthma? Voting below and then over on @SaltyCysters and @Breathe_in_pod IG stories, too! Jack Goodwin: The Handbook For How To Date Someone With CF