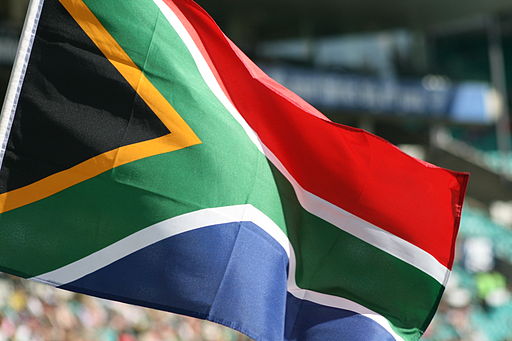 Today I am launching a daily blog series called Cystic Fibrosis Around the World that will run for the next week or so (and hopefully continue as more people get in touch with me). This in response to a blog post I wrote in March that remarked on a study comparing disease outcomes between patients living in the US and Canada.

After writing that blog post I wanted to learn more about the individual patient experience in different countries around the world, not just the US or Canada. Up to that point, I had only had limited interaction with the international CF community, so I figured it would also be a good chance to dive in, meet some new people and listen to different stories. I took inspiration from an old BEF program, Club Cystic Fibrosis (in which we compared patient stories based on age groups), and created an interview based on some of the responses we had there.

What I found was truly eye opening. I (virtually) met people from all over the world – Russia, Israel, South Africa, Denmark, just to name a few – and learned that cystic fibrosis treatment plans and outcomes are incredibly unique relative to a specific international region.

I have long said that people living with CF and their families are bonded through this unique illness, and whether we like it or not, we are all in this thing together until the very end.

I don’t intend for this to be comprehensive study. Nor do I claim for these interviews to represent the opinion of every patient living in that respective country. Rather I wanted a person living with CF’s singular opinion (or in some cases the parent of a child with CF) on the state of care and living standard in his or her country. I gave my interviewees the option to remain anonymous (some accepted, others did not) as we are dealing with medical information. I also asked them to be as generic or specific as they would like when discussing particular medications.

Ultimately I did my best to scratch the surface with this project in hoping that an international discussion about the state of cystic fibrosis can follow!

At the end of the week, I aim to reflect on what I’ve learned in a comprehensive blog post.

The questions are in bold, with the answers following in plain text.

All participants agreed to be apart of this project and what follows is their individual opinions.

There is no conclusive database of [people with CF] but it is estimated that there are over 600 in South Africa with more than 50 in my province (state).

No. Whenever I’ve told someone around here that I have CF, initially they have a blank expression followed by awkwardly asking me if it’s contagious.

I was diagnosed at 6 months old because I had an intestinal obstruction requiring emergency surgery. I was fortunate that the surgeon had a family member with CF and he suggested a sweat test.

I was not encouraged to be open about CF. It was not understood or accepted. It was easier to just say I had severe asthma. Whenever I coughed, people would make comments such as: “You should cut back on cigarettes!” This infuriated me as there is nothing that upsets me more than people who choose to smoke and destroy their perfect lungs. I’m open about my CF on FB where there is an online community familiar with it.

My private insurance has not covered any CF specific meds or equipment. My dad has covered all my CF medical costs and I feel awfully guilty that he is still working at age 77 to help me afford the meds I need to stay alive. Government health care is appalling and not even able to adequately provide for the basic needs of the general population. It is common knowledge that if you need state health care here then you will surely die.

I have not had access to trials or new medication.

I have never had a CF care team. I have one doctor and although I am an adult and he is a pediatrician, I prefer to stay his patient because he is familiar with CF.

I do not attend CF clinic. When I first cultured M.Fortuitum it was a shock, and I decided I would no longer attend CF clinics which were in my opinion just pools of cross infection. What annoyed me most was that I never felt I benefitted at all from clinic visits and it was actually to my detriment, as I usually got sick afterwards with some new infection.

I never go to the doctor. I take care of all my own needs at home.

I’ve never received an IV tune up. There were 2 attempts to set up IVs but my veins are tiny and when a central line failed after less than 3 days, they gave up. I’ve relied entirely on oral and inhaled antibiotics. CF specific meds were unavailable here, so I mixed up IV formulations and inhaled them with a good success rate. For example, I couldn’t get Cayston (Aztreonam with lysine delivered via Altera) so I’d mix up IV formulation Aztreonam (containing arginine) and use 250mg bid in a Pari LC Sprint to achieve similar efficacy. I think Tobi solution is available here now but it is prohibitively expensive and I doubt many could afford it anyway.

The Vest is not available here. I have a flutter and acapella which I don’t find beneficial. I was lucky to receive an aerobika from my friend in the USA which is effective for me.

I have motivated myself to consistently exercise. I am very diligent and don’t require any encouragement in this regard. I use home gym equipment.

None. No. The government is transitioning into a 3rd world dictatorship where the leadership is only concerned with enriching themselves while the health care system collapses. We used to have innovative 1st world health care (for general conditions). The first heart transplant in the world was performed by Dr Chris Barnard in South Africa.

Nutrition is challenging for me because I have severe gastrointestinal complications from inflammatory bowel disease and gastroparesis. I’ve had my terminal ileum, ascending colon and gallbladder removed. I eat wholesome food that is chopped finely by liquidiser. To ensure my stomach adequately empties, my medication and vitamin tablets are crushed, powders removed from capsules and oils removed from gel caps by syringe and mixed into yoghurt. I also have CFRD.

Everything. Providing CF patients with robust equipment would be a great place to start such as a durable compressor (Invacare Mobilaire 50psi) and Aerobika. I’m extremely fortunate that I received these items from my kind friend in the USA. That mobilaire literally saves my life as it enables me to effectively inhale antibiotics and antifungals. Also, we need an alternative to Creon. Pancreaze and Pertzye would be ideal. There is also a need for inhaled anti-inflammatory, anti-allergy and mucolytic meds such as Ambroxol, Cromolyn and Tyloxapol (Tacholiquin). These are very old drugs which are cheap and easily available in Europe. IV N-Acetyl Cysteine (suitable for inhalation) is available here but insanely expensive and no-one can afford it. This is because there is a monopoly on special requirement meds. One company here places a huge profit margin on old cheap meds that [people with CF] desperately need.

My dad encouraged me to attend university. If I didn’t have CF I would’ve chosen to study medicine with the intent of becoming a surgeon. Instead I selected, what I believed to be, a more realistic goal and graduated with a degree in Architecture.

The national CF foundation is the South African CF Trust. I have not personally received any assistance from them. My local institution is the KZN Cystic Fibrosis Association. They connected me with a private sponsor who has provided me with two Pari SX compressors with LC Sprint nebulisers, an acapella and one months supply of nutritional shakes. The reality is that [people with CF] without financial means suffer great hardship and die. I was trying to help a friend [with CF] by asking the sponsor to provide him with nutritional shakes and nebuliser equipment. He only had a second hand nebuliser and was dangerously thin from lack of nourishment because he couldn’t even afford enough food to eat. I did my best to assist him with getting what he needed but I met him too late when his body was already damaged by malnutrition. His death in November 2015 was tragic and avoidable. He was 19 years old.

I do my best to help and educate [people with CF] and their parents in South Africa. I run a free FB group where I share the details of my successful treatment protocols and experiences, as well as keep them up to date with the latest research.

We don’t have access to any of the CFTR potentiator/corrector drugs such as Vertex Kalydeco and Orkambi. The new Vertex triple therapy will likely be a game changer for most CF mutations but we will not have any access to it here. I did hear of one person receiving Kalydeco through a Vertex compassionate program but I don’t know the details. There is also someone on Orkambi which was privately funded for him. Every 3 months he flies to the USA to see doctors and receive his supply of Orkambi.

We only have one brand of enzymes available (Creon) and if you’re unlucky (like myself) and this doesn’t work for you, there are no alternatives. In desperation I’m using a supplement brand non-enteric coated enzyme.

It is an unusual health care system here as it is the vestiges of the old 1st world colonial facilities awkwardly combined with the new dysfunctional 3rd world systems.

This is just my personal observation but I find it sad that transplant is advocated for patients here when lung infections are not adequately responding to antibiotics. One of my friends was pushed towards transplant despite having an FEV1 of 56%. I have proved that it’s possible to climb from 27% FEV1 up to 46% in 2 years (despite having B.Cepacia which was unresponsive to antibiotics that it was sensitive to in vitro) but my doctor wasn’t interested in how I achieved this. It seems to me that it’s just simpler for medical professionals to care for post transplant patients because CF is too complicated and requires a lot more effort.

Cystic Fibrosis Around the World: Russia