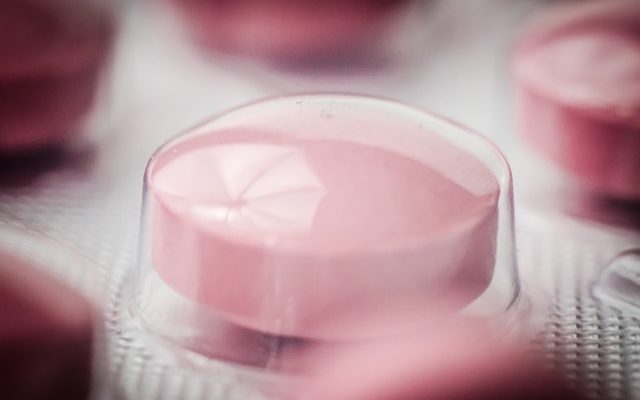 Amy is back for the second installment for Drug Development Wednesday!

It really can’t be overstated how much blood, sweat and tears go in to drug development. Most of the general population doesn’t get the chance to participate in the incredible experience that is a clinical trial, but in the cystic fibrosis community, many of us are able to participate in several throughout our lifetime.

But what exactly goes on during drug development? Let’s check it out. Please keep in mind that facts around Kalydeco, Orkambi, Symdeko and a potential triple combo therapy are approximate and are presented to show the details of how each clinical trial stage applies in a real-world scenario to our CF community. It really is astounding to see how far we have come – and it’s not hard to get excited about where we are going, quickly!

Keep in mind that each stage of clinical trials requires expert scientists, top-notch research equipment, labs in which to conduct research; personnel to design trials, analyze trial results, and to meet with the FDA many times to discuss safety, trial progress and trial design; clinical trial sites across the globe, medical personnel to conduct clinical trials, internal review boards to protect patient safety at each study site, and patients to actually participate in each trial.

Of interest, Kalydeco was in Phase I trials for approximately 2 quarters in 2006. Cystic Fibrosis Foundation Therapeutics (CFFT) paid $13.3 million (money raised by patients and families in the American CF community) to fund studies for Kalydeco. Up until 2006, the CFFT paid Vertex $40 million to develop medications for cystic fibrosis

Vertex opted to study 4 next generation correctors in Phase I trials that would be included in the “triple combo” aimed at heterozygous DF508 patients. VX-659, one of the components of one of the triple combo Phase III trials currently underway, began in late 2016 and was completed July 2017.

Of note, Vertex also decided to study and fund 4 “next generation” correctors in Phase II trials to be included in the so-called triple combo– VX-445 and VX-659 Phase II studies began August 2017 and by January 2018, results were in from these studies and Vertex decided to advance only VX-445 and VX-659 to Phase III trials.

With continued lightning speed, Vertex initiated VX-659 and VX-445 Phase III clinical trials in February and March 2018 respectively for CF patients that are heterozygous for DF508.

On October 2011 Vertex submitted an NDA to the FDA for Kalydeco. On January 31, 2012, Kalydeco became the first FDA approved medication to treat the underlying cause of cystic fibrosis . Kalydeco also become one of the fastest FDA approvals in history, thanks in part to The Orphan Drug Act.

The triple combo therapy from Vertex, if FDA approved by 2020, may have gone through Phase I to FDA approval in around 4 years – almost unheard of in drug development. In summary, it takes on average 128 months (10+ years) and $2.6 billion to bring a new medication to the market, with a large cost incurred during clinical trials.

For every 8.5 drugs that enter into human trials, only 1 will be FDA approved. It simply cannot be overstated how risky drug development is; how high failure rate is; and how extremely fortunate we as a CF community are to have Kalydeco, Orkambi and Symdeko.

The next time you take Kalydeco, Orkambi, Symdeko or a clinical trial medication for cystic fibrosis, please think of all the hard work that has gone in to the drug you are benefitting from. The scientists, the researchers, the clinicians, the clinical trial participants, the American families that fundraised hundreds of millions of dollars since the 1950s, and the Cystic Fibrosis Foundation volunteers and personnel who made these drugs possible.

From “The Antidote” by Barry Werth: Kalydeco [and of course down the line, Orkambi and Symdeko] was the result of “…a decade of all-out heterodoxy and entrepreneurial risk taking: [Dr. Beall, then president and CEO of the American Cystic Fibrosis Foundation, his] determination to push venture philanthropy into for-profit research; his refusal to yield to established opinion that CF drugs would treat only the symptoms of the disease but not its cause; his insistence on going after CFTR… his willingness to foot part of the bill for Vertex’s clinical development.”

Here’s to many more cystic fibrosis medications to come!


What Can the CF Community Learn From the HIV/AIDS Movement? Patient Leadership